Home  »  Current Events   »   Larry Gadon is a self-confessed anti-masker. Here’s why we should be concerned.
Current Events 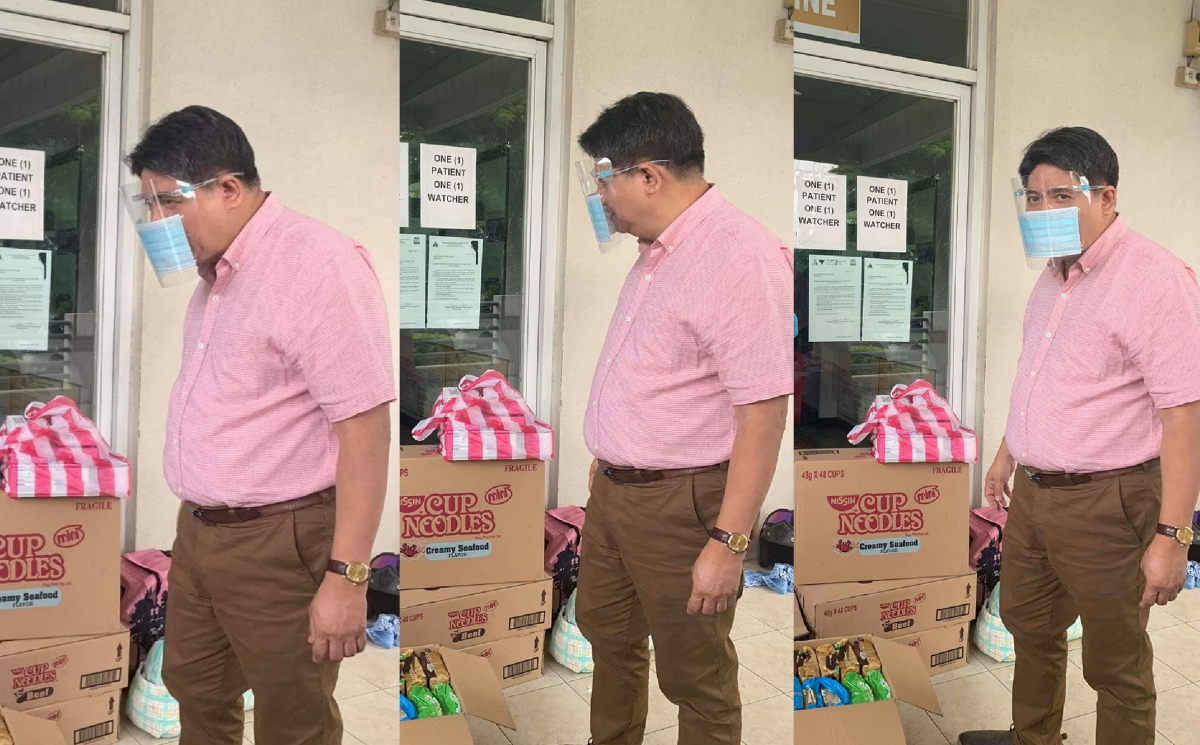 At the height of the pandemic, you might have seen viral clips on Facebook about people in the United States protesting mandatory mask-wearing protocols and weighed on how ridiculous, if not perilous, their arguments sounded.

Then, last August 15, photos circulated on the same, this time depicting a famous lawyer with a face mask taped on the inside of his face shield, and exposing one of those anti-maskers living right here in our homeland.

This is Atty. Larry Gadon, the lawyer who garnered infamy last 2018 for shouting “mga bobo!” to the supporters of the former Chief Justice Maria Lourdes Sereno, against whom he filed an impeachment complaint.

This was his response to people criticizing him for his false method of wearing a mask.

“I don’t believe in mask outdoors. Face shield is okay. Mask may be good for small enclosed places like elevators or small conference rooms. In my case, the mask is only for a show because stores will not allow entry if you don’t have mask.

If mask is really effective, how come there are more than 100,000 people afflicted with COVID? And more than 2,000 dead victims? COVID is a virus just like colds, cough, or flu. Everybody will catch the virus, someway somehow sooner or later.

What is more important is your healthy body, your strong immune system. NOT THE MASK.

COVID FEAR was created by paranoia. COVID is curable AT THE ONSET when symptoms are felt. One should only take the traditional Chinese medicine.

The government has over reacted to the COVID paranoia.

I DON’T BELIEVE IN MASKS.”

He rose to fame as a meme, and he fell from it as a meme. Yet, besides the glaring irony that is an intellectually condescending person (“mga bobo!”) refusing to wear a mask during a pandemic, there are very dangerous precedents both being set and reinforced in this scenario.

The motivations of an anti-masker

Let us all agree on one thing first: the COVID-19 pandemic is a real threat to real people across the world.

While the lawyer acknowledges its existence, he refuses to acknowledge its grave effects. He reasons with intuition, not science, and he speaks with distrust, not confidence, towards legitimate medical institutions – traits which are consistent among broad COVID conspiracy churches in the US.

This means he isn’t making any valid points against the use of masks; he is merely trusting himself enough to stick to his version of the truth without dying.

His sphere of social influence

We’re not about to calculate how many people look up to him or how many people were swayed by his routine, but an experienced lawyer flaunting his beliefs – albeit false – on social media ought to make some heads turn.

This is where things get doubly dangerous. Because even though he doesn’t claim to convince people to stop wearing masks, he isn’t endorsing the opposite either. If anything, his mere influence emboldened him to the act.

Once the laughter subsides, who’s to tell who else is emboldened by the same and then think it’s okay?

When photos of his reckless mask-wearing technique blew up, the health ministry, and even the Malacañang, were quick to disprove of Gadon’s ways.

Yet with such an impassioned statement by Gadon, one has to wonder if critical reactions would move him to change. So what is there to do?

The impulse answer is usually to enact punitive measures. As satisfying as that would feel, the same sound science already showed that punishment, or even mere ridicule, for non-cooperation only leads to more resistance since to them, this means their freedoms are being stifled.

Besides, how long would it be anyway until he’s back on the street wearing his shield-mask combo again?

The key, perhaps, is enforcing our behavior rather than changing his belief. Just like how drunk drivers are selfish, dim-witted jerks who endangers everyone around them with their misguided sense of freedom, anti-maskers should be avoided at all costs and treated as a reminder to never, ever be like them.

Don’t laugh at them, don’t engage with them, and don’t give them the mileage online — just flat-out ignore them.

Let’s keep wearing our masks and tell more people to do the same. Slowly but surely, natural selection will run its course.