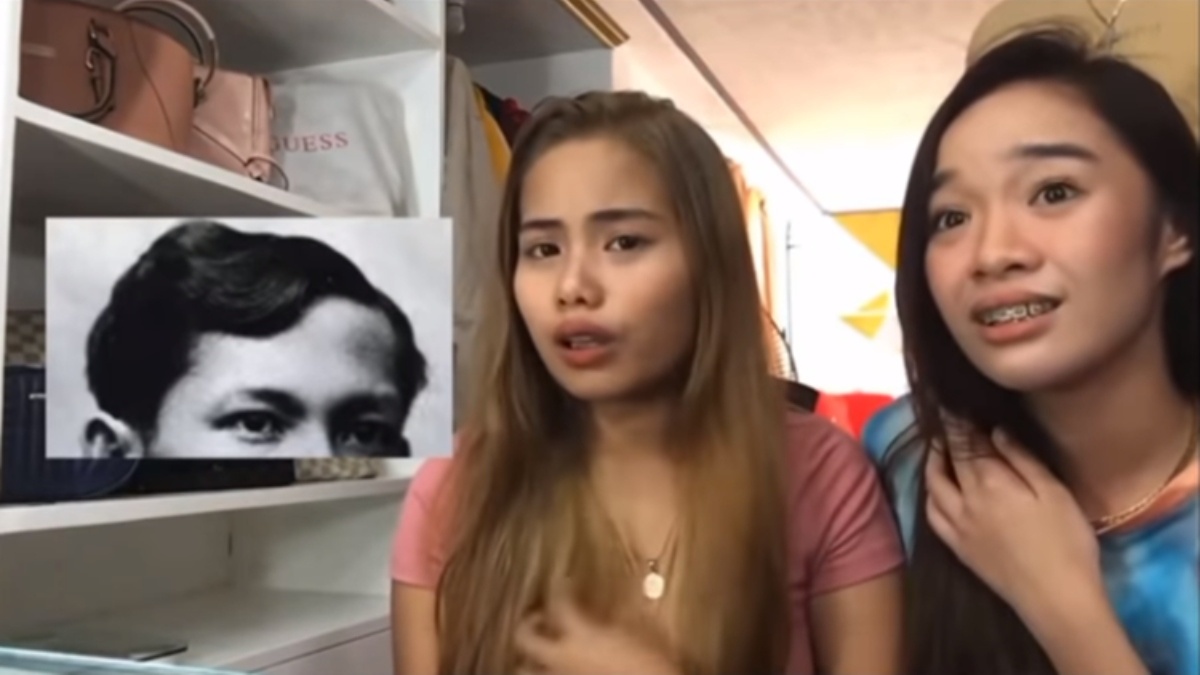 While it challenges our love adoration for our own language, it’s also a test of our own sense of nationalism: to fail to know our own heritage is worse than being an animal – a malansang isda, according to Pepe himself.

That’s the name netizens are also choosing to call Mary Lite, an vlogger who went viral on Friday for failing to recognize half a photo of the Philippines’ national hero, Jose Rizal.

In her YouTube video which has since been deleted, the content creator is trying to guess the names of famous personalities based only on half of their profile. When the top-half of Jose Rizal’s face, which featured his famous wavy bangs, the vlogger struggled.

“Sino ‘yan? Artista? Nag-ti-TikTok ba?” Guessed the vlogger, at which point the audiences’ eyebrows started sighing aggressively, probably. At one point, she even gave out another vlogger, Cong TV, as her guess.

Aside from guessing that the person in question is a TikToker, the guy behind them also asked if it was Robin Padilla.

Twitter users also found offense from the fact that Mary Lite is a tourism student, which means she should have encountered Jose Rizal’s profile a few times while studying the history of the Philippines.

On the other hand, other users also speculated that the vlogger was only pretending not to know the answer to elicit this exact reaction of anger online and to boost her numbers. Bad publicity is still publicity, after all.

Whether she did it on purpose or not remains to be seen. However, as a self-declared vlogger, netizens think she should be of a better influence by being knowledgeable about things that are fundamental to our own nationality, especially when these are taught very early on.

A few of these include memorizing the national anthem, identifying the Philippine flag, and maybe knowing what Jose Rizal looks like too. We only have one national hero, after all.