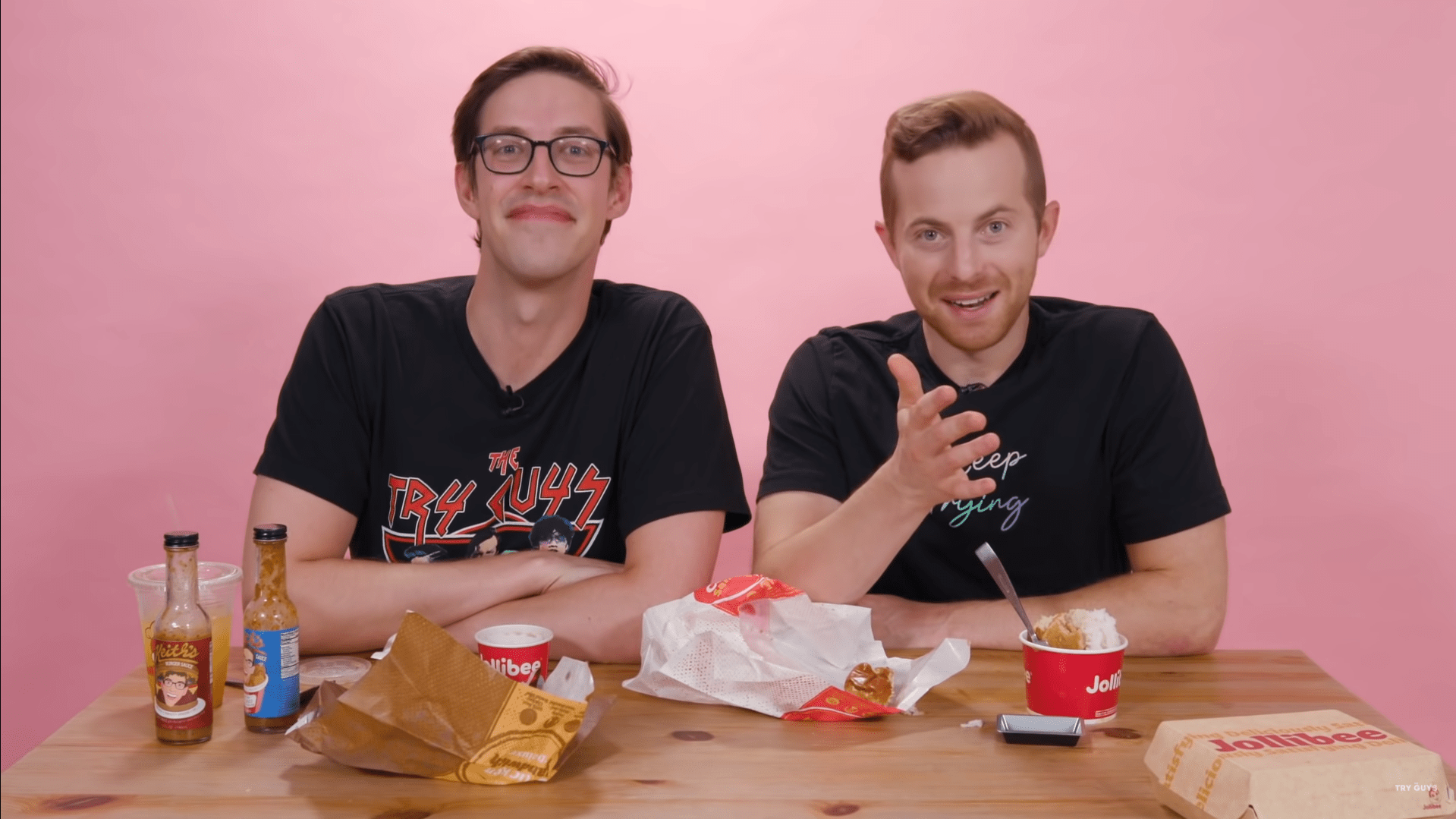 When we see Pinoy-baiting vlogs, we usually don’t bat an eye. But you don’t turn your back on Jollibee, especially when it’s reviewed by someone as entertaining as Try Guys’ Keith Habersberger.

On Sunday, after receiving dozens of requests from fans, Keith of The Try Guys finally got around to review the Filipino fast-food restaurant, Jollibee. On the latest episode of his “Eat the Menu” series, Keith tried everything from the US menu, so while the selection might be a bit different, the signature Filipino sweetness is there, and Keith definitely caught it.

Right out the gate, Keith just massacres the pronunciation of “Cubao” (cu-be-yoh?) and later on, also fumbles on choosing where the stress on the word “palabok” goes, but that’s okay. At least he got “longganisa” right on his first try and clears the verbal hurdle that is “halo-halo” too.

When Keith says he tries everything, he does mean everything. He started off with Jollibee’s breakfast menu, which is similar to what’s offered locally. He takes note of the “candied” taste of the meats as a plus. He also tried the classic Jolly Spaghetti, which he called “bizarre” but in a good way; the burger steak meal, which he likened to Western countries’ Salisbury steak and beef stroganoff, and the Yumburger, which he absolutely adored, in part because of the magical “goop” that the patty is slathered with.

Of course, Keith had to try the infamous Chickenjoy, Biting into both its regular and spicy variant, the YouTuber described the taste as “delicioso,” all the more when it’s poured with gravy.

As is customary in his “Eat the Menu” vlogs, Keith weighed in on which menu item was the best and which one is the “least best.” But we’re going to have to let Keith himself reveal his verdict.

In true Pinoy-baiting fashion, Filipino users across social media rallied to the replies section of the Try Guys’ post reviewing Jollibee. Almost all of them commended Keith for reviewing a non-American restaurant on his series, while some were just straight-up jealous of some of unique items in Jollibee US’ menu.

Overall, Keith admired how Jollibee’s food items – and even the “jovial bee” itself – are deeply-rooted in our culture, and we love him for it!

Do you agree with Keith’s choice of best and least best Jollibee fares? 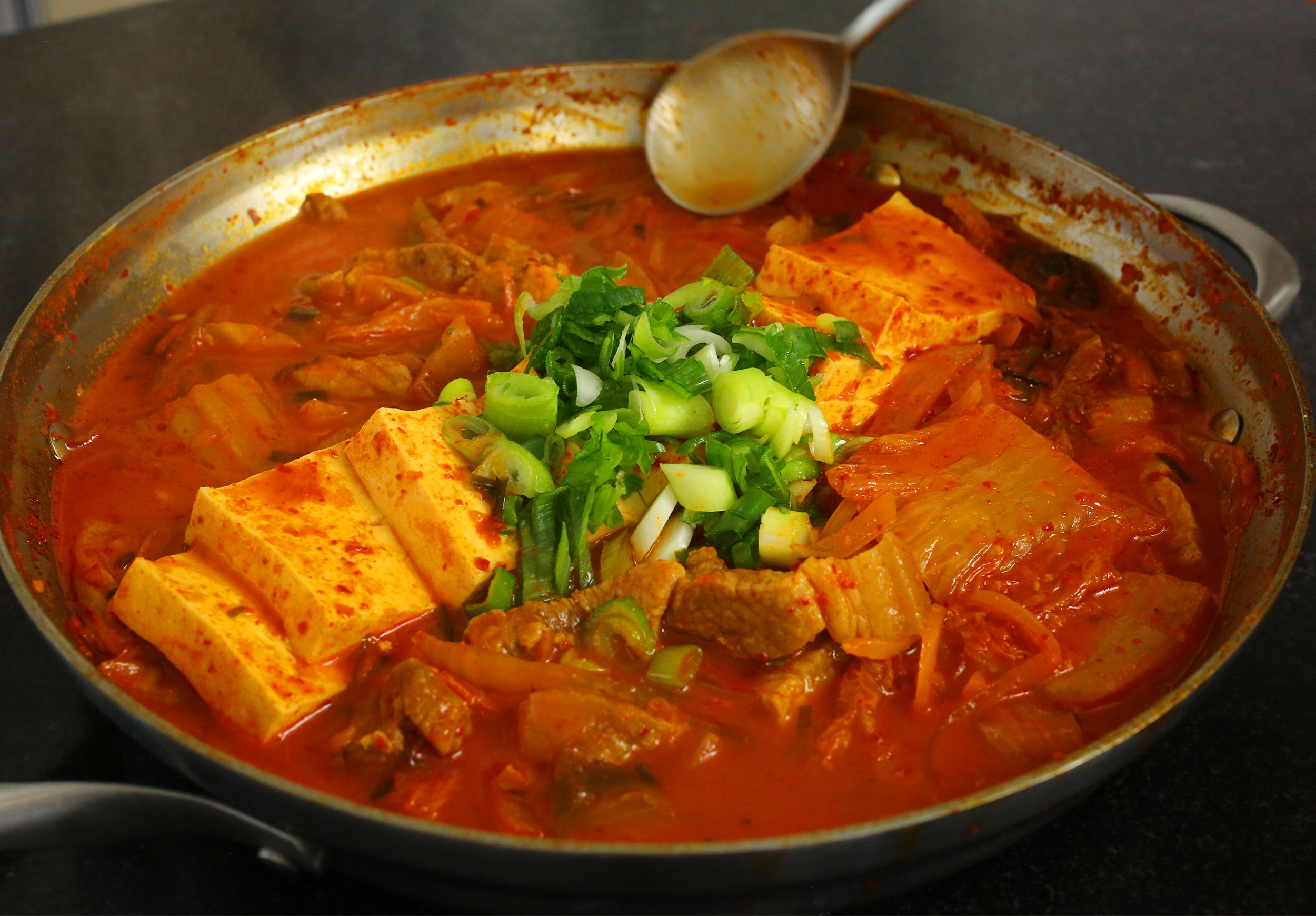 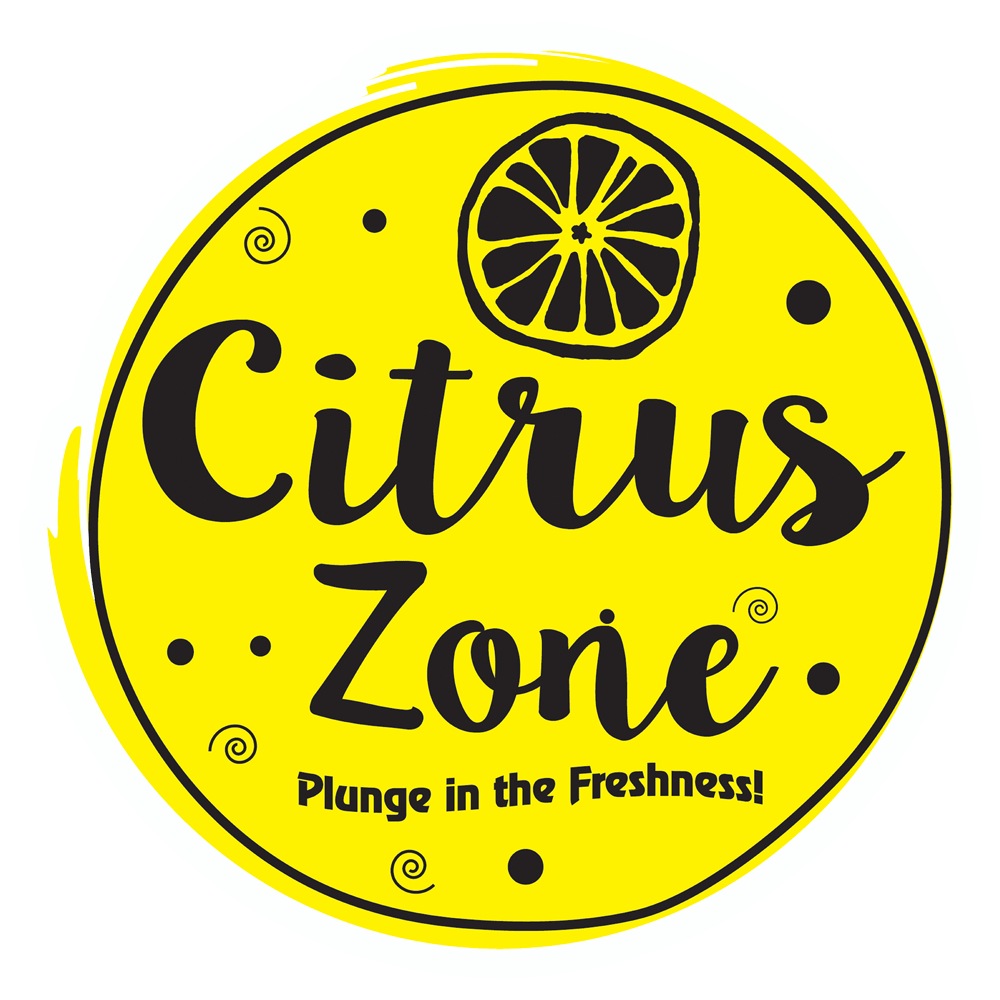