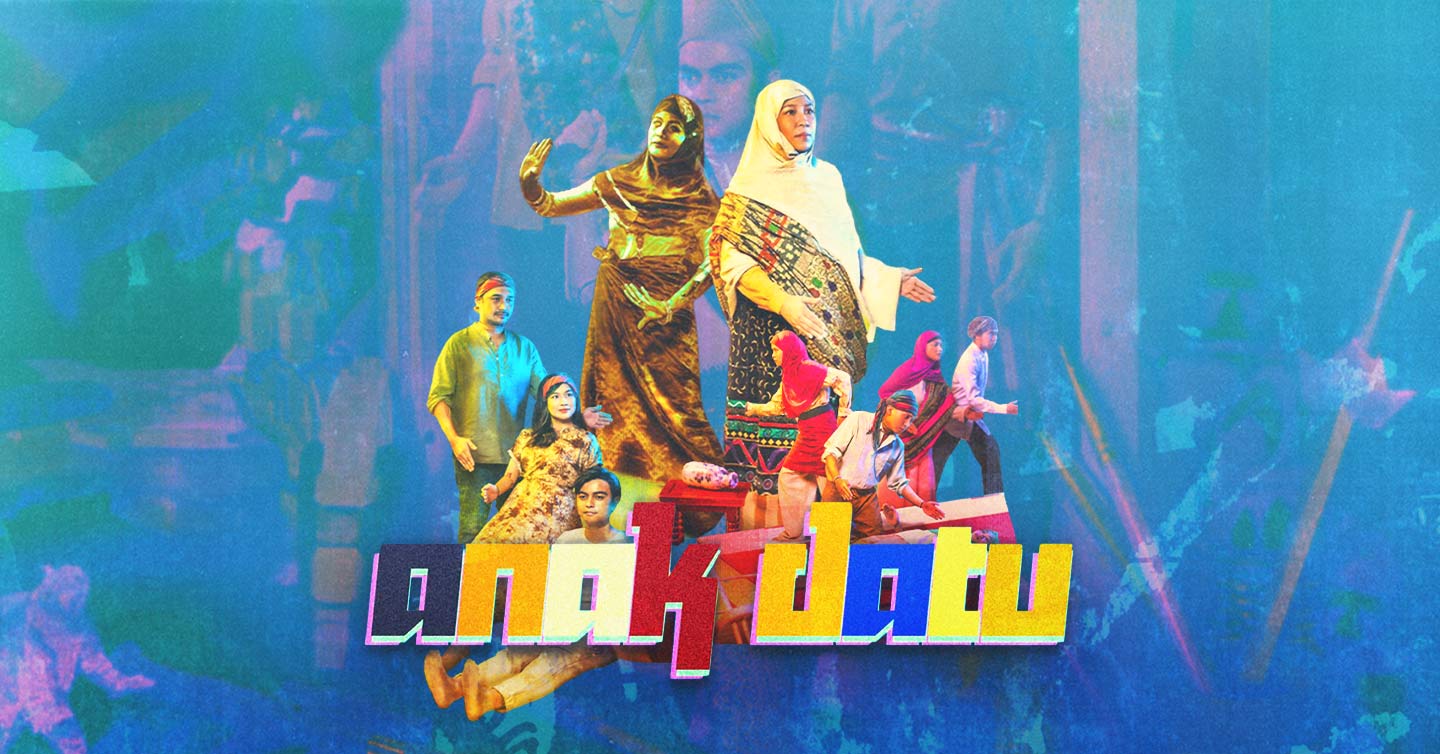 An Islamic spectacle that showcases their struggles. The Philippines’ struggle.

When was the last time you saw a stage play? This weekend might be the perfect opportunity to see the eye-opener tell-tale about three Islamic stories.

Tanghalan Pilipino takes us on a cultural trip to Mindanaoan culture with their latest musical masterpiece, “Anak Datu,” at Cultural Center of the Philippines Tanghalang Ignacio Gimenez (Black Box Theatre).

It tells the stories of three timelines, following the same bloodline. A narrative from the perspective of a lost boy, a struggling artist, and a massacre survivor compressed into one.

This kaleidoscopic view of a series of mishaps was based on a vision by National Artist Abdulmari Imao, which was translated and staged by director Chris Millado and playwright Rody Vera.

“Anak Datu” is a spectacle exhibiting Islamic culture. Apart from that, we have a lot of reasons why we want you to experience this stage play that is rich in culture, information, and resources. So, here’s a quick list of reasons why you should check out “Anak Datu.”

It is based on a story written by A National Artist

“Anak Datu” is a masterpiece written by none other than a National Artist usually recognized for his sculptures, Abdulmari Imao. Clearly, sculptures are not the only talent he has. He’s also a painter, photographer, ceramist, documentary filmmaker, cultural researcher, writer, and articulator of Philippine Muslim art and culture.

A set of dynamic actors

For starters, veteran theatre actor Fernando “Nanding” Josef is one of the main protagonists of the stage play. He also doubles as Tanghalang Pilipino’s artistic director. Another thing to watch out for is Tanghalang Pilipino Associate Director Marco Viaña. In “Anak Datu,” he portrays the role of the young Abdulmari.

A statement that history repeats itself

While Marvel Comics has its own multiverse, “Anak Datu” takes us on multi-generational verses. A narrative that expresses three generations affected by Martial Law compressed into one mixed media set on stage.

Read:MEME$ OUT 4 DU30: FIGHTING DISINFORMATION ONE MEME AT A TIME

A Relevant Expression of Indigenous Music

While plays are usually paired with pop songs, “Anak Datu” begs to do something different. It exhibits live indigenous music to its viewers. As Tanghalang Pilipino assures us, this is a “play with music, performed by the PWU Indayog Gong Ensemble. A piece of original music & composition by Josefino Chino Toledo.”

A cast member belongs to a royal family

Hash Bin Abdulmalic, who plays Datu Karim, shares that he is part of a lineage of the royal family. He also mentioned that this is with the House Alawi of Madalum.

Apart from that, Hash Bin is also a survivor of the Marawi Siege. He shares that there are some scenes in the theatrical play that brings him back to those days during the siege.

Based on true events translated into a fictional creation

While the play is crafted, Tanghalang Pilipino never fails to capture former events without revising history.

The play expresses constraints during the Martial Law era. A time when the kid protagonist cannot even afford to have closure for his favorite robot show, “Voltes V,” due to prohibitions from the government.

It also focuses on the frustrations of an artist in expressing and finding himself. Also, a story of a veteran who talks about the reason why they rebel, and what led to rebellion.

Debunking the Prejudice Against Muslim People

“Anak Datu” punctures common misconceptions about Muslim people. While some prejudicially incorporate them into terrorist attacks, the play tries to explain the root of the problem, and express what led them to revolt.

It is a constant reminder to look on the other side before creating opinions, and focusing on the issues that people face. This well-researched masterpiece will be a constant reminder to see on all sides before throwing any judgment. It provides the quintessential answers to what, why, where, when, and how, particularly in deciphering the root cause of the issue.

“Anak Datu” is the maiden production of the newly built Tanghalang Ignacio Gimenez (Black Box Theatre) at the Cultural Center of the Philippines. It will run up until October 9. You can purchase tickets at bit.ly/AnakDatuTickets. For inquiries, you can contact 09156072275 or email [email protected]