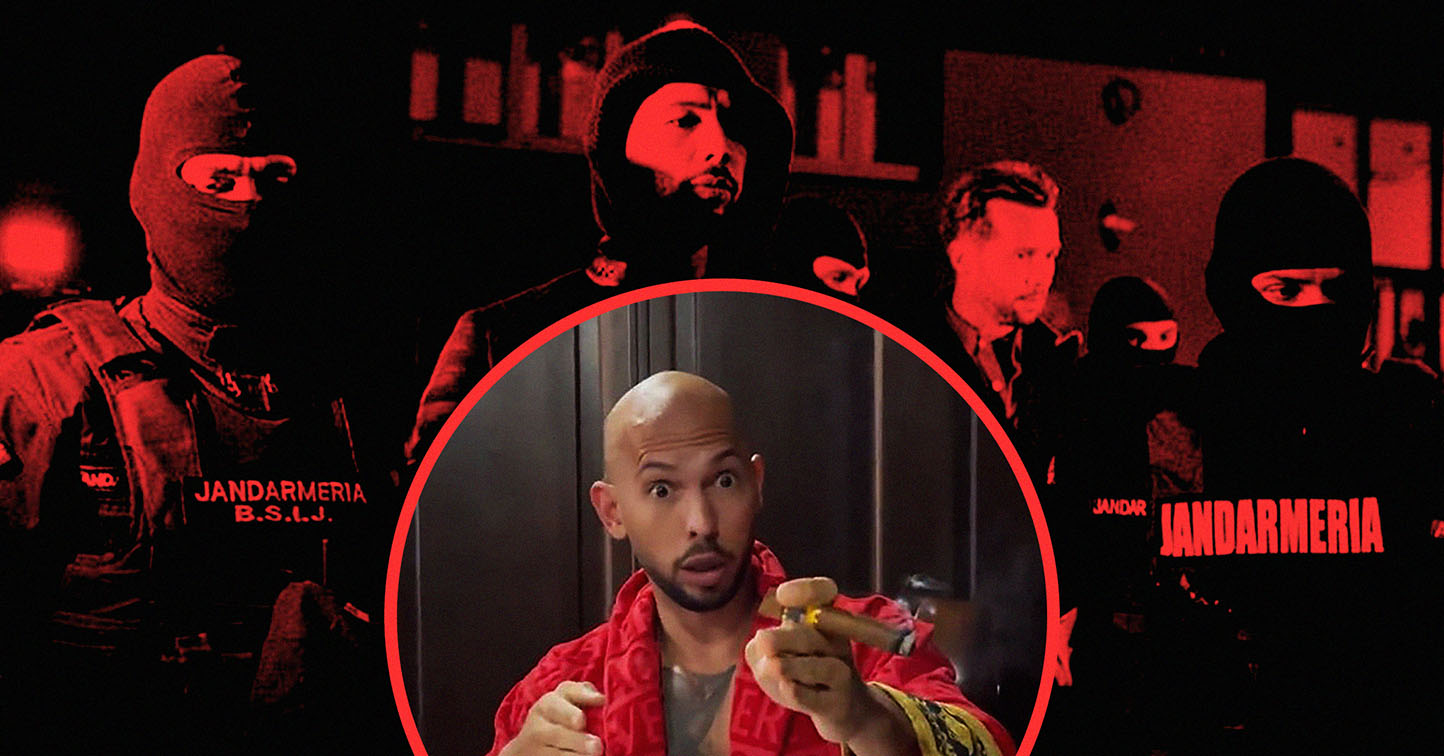 Things aren’t looking so good for the Top G

According to prosecutors, the brothers are suspects in an alleged organized crime ring that exploited at least six women. They claim that the Tate brothers recruited and forced them to produce pornography.

The warrants read: “Concerning the crime of rape, in March 2022, a suspect forced, on two different occasions, an injured person through physical violence and psychological pressure to have sexual relations.”

As part of the investigation, the country’s organized crime and terrorist unit will question Tate and his brother.

It’s believed that his online spat with Greta Thunberg played a role in the timing of the raids. The whole thing happened a day after he mocked the climate activist. Tate was sitting in front of a Romanian pizza box in his video. This presumably confirmed his whereabouts to officials.

“We cannot provide any specifics about alleged accusations about their detainment. Nonetheless, Andrew and Tristan Tate have the utmost respect for the Romanian authorities. They will always support and help in any way they can,” Tate’s spokeswoman says.

Days after his arrest, Tate went on Twitter to communicate with the world.

The Matrix sent their agents.

“The Matrix sent their agents,” Tate says. “The Matrix will only tell you what the Matrix needs you to believe.”

The authorities had already indicated that Tate’s detainment was for 30 days. His post sparked confusion over whether he is still under custody or not.