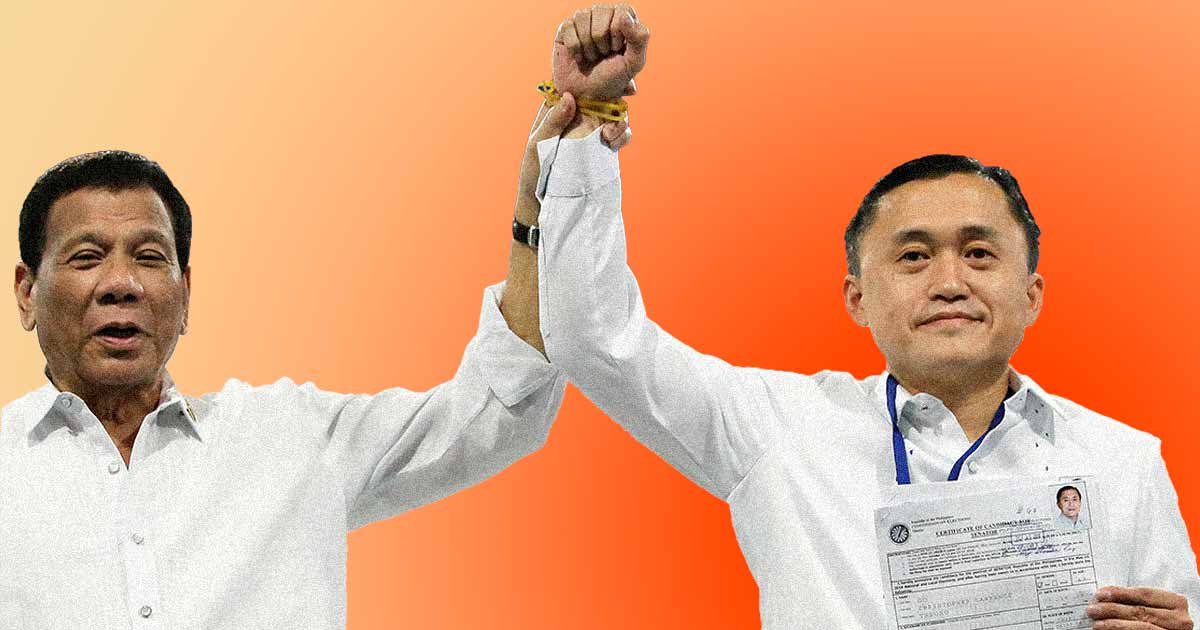 Senator Christopher “Bong” Go has announced his official withdrawal from the 2022 presidential race.

He shared the news on November 30 during the Bonifacio Day celebrations in San Juan City.

“Sa ngayon, handa po ako mag sakripisyo para sa kapakanan ng bayan at ni Presidente Duterte,” the 47-year-old said. He also stated that his family was against his candidacy and that his “heart and mind” were “contradicting” his actions.

(For now, I’m ready to sacrifice for the country and President Duterte.)

Go, President Rodrigo Duterte’s long-time aide, initially filed for the vice presidency under the PDP-Laban Cusi faction. He later withdrew that candidacy after Duterte’s daughter and current Davao mayor, Sara, announced that she was running for the same position under Lakas-CMD.

He eventually filed as the presidential candidate of the Pederalismo ng Dugong Dakilang Samahan via substitution. PDDS is an allied party of the administration PDP-Laban party.

The withdrawal might not come as a surprise to many, as Go had previously admitted to being unprepared for the role. When earlier asked if he considered withdrawing from the presidential race, he replied: “Iniisip ko pa ng mabuti, maghihintay ako ng sign sa Panginoon. Kung sa tingin niya, ‘Dito ka na lang Bong,’ susundin ko po. At siyempre, ‘yung Pilipino.”

(I’ll need to think about it well and wait for a sign from God. If He says, ‘Bong, this is where you should be,’ I’ll follow. Of course, I’ll also consider what Filipinos think.)

On November 30, Go said that he and the President were ready to support any candidate who will “serve, continue, and protect the Duterte legacy.” They have expressed wide support for Sara Duterte, but have not endorsed her running mate, Bongbong Marcos Jr.

While PDP-Laban has not yet released a statement on Go’s withdrawal, he will still remain a national official as his six-year senatorial term will end in 2025.