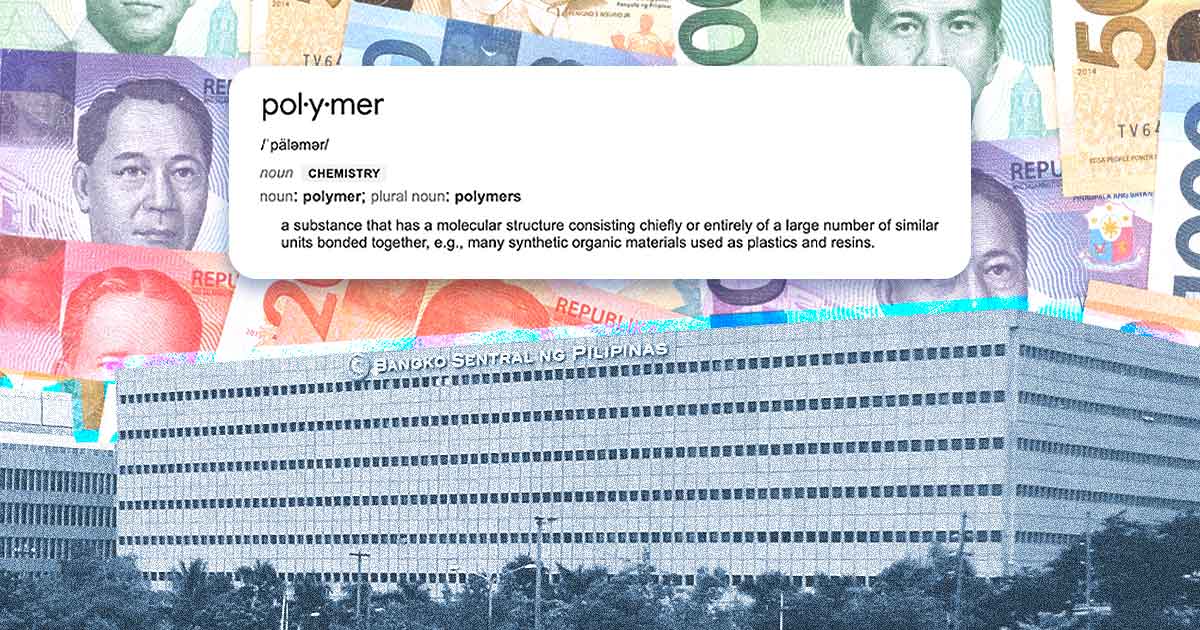 BSP to Circulate Polymer Banknotes in 2022

The Bangko Sentral ng Pilipinas plans to deploy polymer banknotes by the first half of next year on a limited trial basis.

BSP deputy governor Mamerto Tangonan said in a press conference on Monday, October 25, that they hope to test “a few hundred million pieces” of P1,000 notes made of polymer material by the first half of 2022. This will help them evaluate whether the Philippines is ready to shift to polymer notes. In the meantime, other denominations will remain paper banknotes.

Polymer banknotes have a 2.5 to 4 times longer lifespan than paper banknotes and may be melted and reused once deemed unfit, according to BSP. Tangonan pointed out that this makes them more cost-effective since they will need less frequent replacements.

The current Philippine banknotes are made of 80% cotton and 20% abaca fiber. On average, cotton-abaca bills last for around 18 months, whereas the polymer banknotes last 45 and 72 months or three to six years.

Because of the COVID-19 outbreak, concerns about sanitizing regularly touched objects such as money also became a deciding factor. Polymer banknotes may be sanitized without getting damaged due to their durable composition. A study in Mexico found that viruses and bacteria have fewer chances of surviving on its smooth and non-absorptive surface.

In addition, polymer banknotes are more difficult to counterfeit since the facilities and materials used to produce them are not as accessible to the public. BSP also notes that it offers a unique set of security features that don’t apply to paper money.

“After successful testing, we have to present to the next set of policymakers how to process or where to go from there. We already have the actual data under Philippine local conditions for the policymakers to make a very well-informed decision on what to do next,” Tangonan concluded.