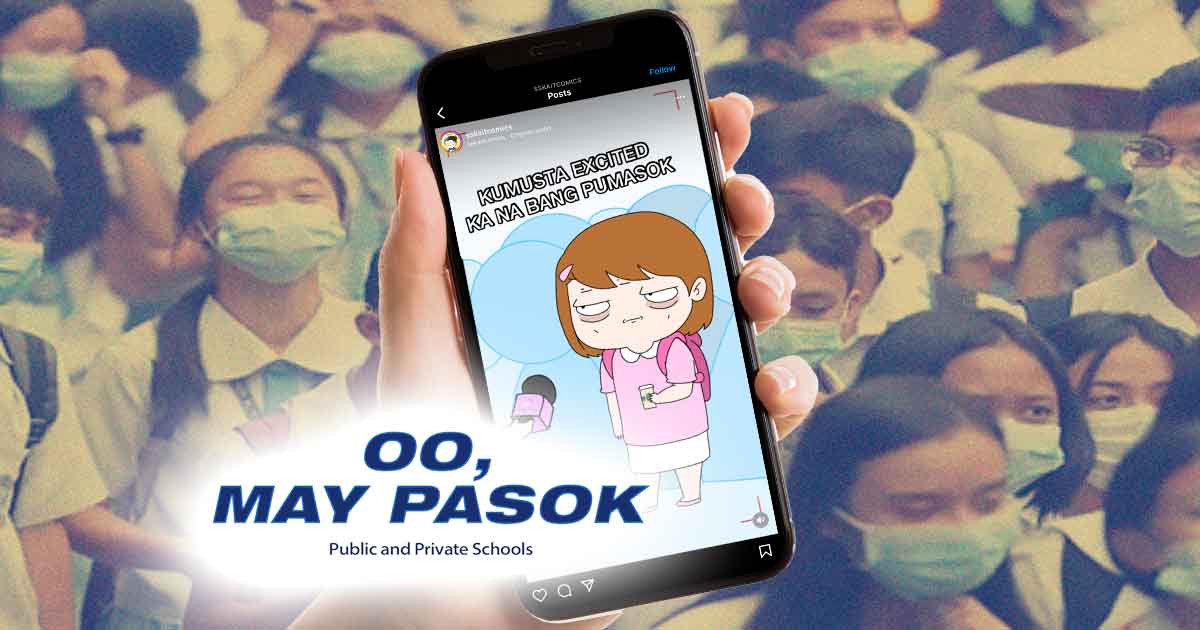 #FirstDayKaguluhan: What Went Down When Kids Resumed F2F Classes

Suffice to say, it was a mess.

After two and a half years, face-to-face (F2F) classes are back for Filipino students. Although it’s been a long time coming, the day didn’t go as well as people hoped. Between grumpy students, police confiscations, and ill-equipped classrooms, things were a mess. It’s no wonder #FirstDayKaguluhan became a Twitter trend.

Here’s a quick rundown of how the day went.

Transport and road safety continue to be a challenge

The daily commute has always been an issue in the Philippines. It was no different during the first day of classes. Some may say it was worse.

Some public transport routes are still closed. There are fewer public utility vehicles on the road because of high gas prices. And the number of people that needed to go from one place to another became too much. Although social distancing is still in place, #FirstDayKaguluhan had a disregard for it.

Parents decided to take their children to school early to avoid traffic. But, schools along main roads became a hazard as parents and students crowded the streets.

It’s too early for this

With online classes, students don’t have to be ready until a few minutes before their schedule. With F2F classes, they have to make sure to be up earlier to make up for the travel time.

While the idea of seeing friends and classmates may be great, waking up early isn’t as exciting.

On a different note, people have to consider the timing of having F2F classes. There’s a typhoon ravaging the country, for one thing. And let’s not forget that COVID and monkeypox cases are still around.

Parents, teachers, and students continue to ask for a safe return to their schools. COVID is still a thing, as mentioned.

In efforts to keep children safe and healthy, some groups gave away free face masks, alcohol, and food. For some reason, police officers took offense to this and confiscated said items. They also confiscated placards calling for aid.

YOUR JOB IS TO SERVE THE PEOPLE NOT TO DESTROY THEM!!#FirstDayKaguluhan https://t.co/RewkU9kn7i

Dispersing protesters is understandable. But why take away health measures and food aid?

It goes without saying, the first day of classes after two years of online schooling was a mess.