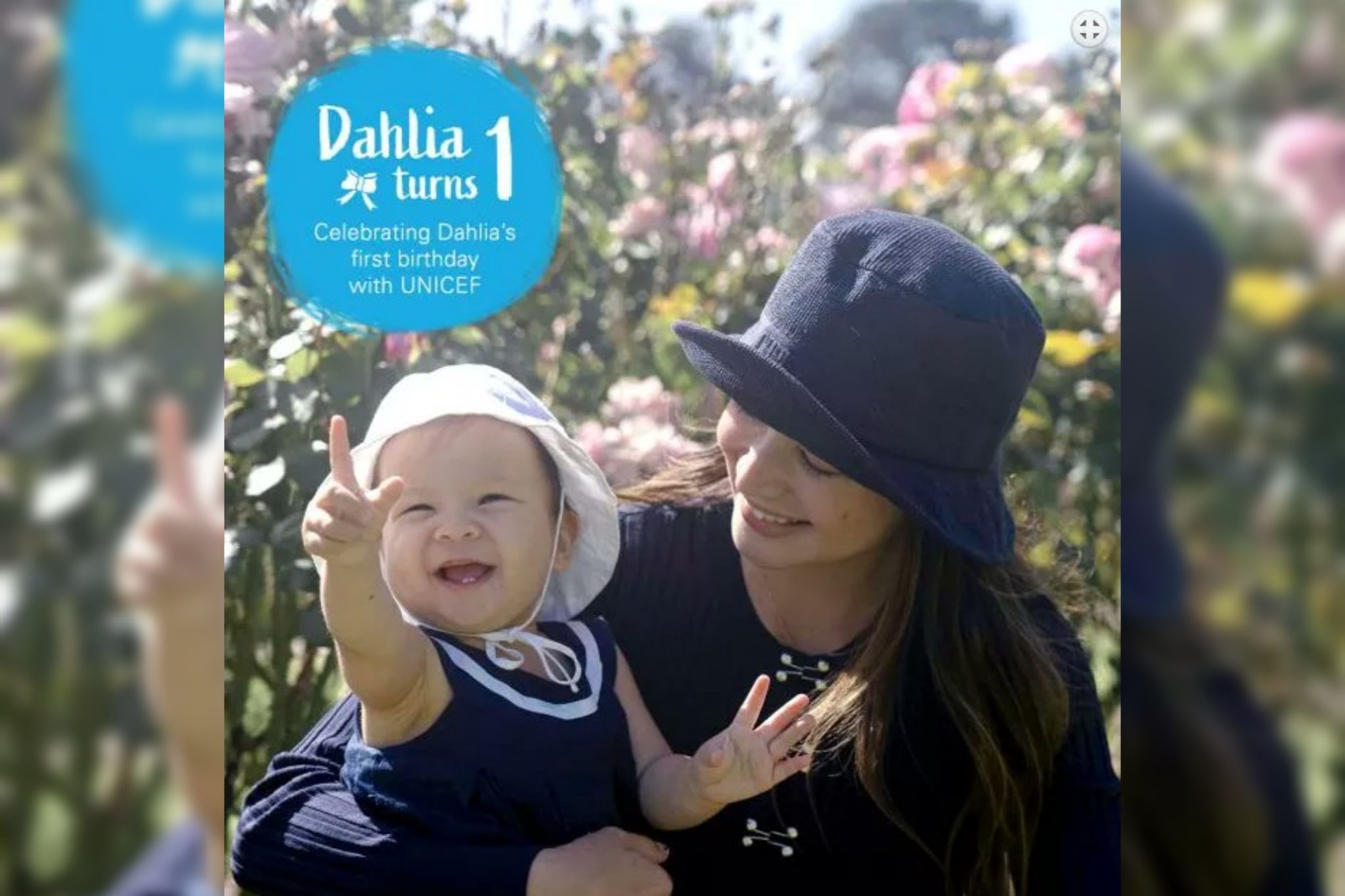 The Heussaff’s are holding a fundraiser event in partnership with UNICEF in celebration of baby Dahlia AmÃ©lie’s first birthday. Anne and Erwan both shared about it in an Instagram post, inviting their family, friends, and followers to support the cause that would provide mothers and their children the resources they need for proper health care. The total amount donated to UNICEF Philippines will be matched by the couple themselves.

In the post where Anne Curtis-Smith expressed her gratitude for the support they have garnered, she’s wearing matching outfits with her adorable baby. To appeal to your kind hearts, we have compiled other adorable pictures of them twinning.

Who wouldn’t have a good morning after seeing such a cute face like that?

The Invisible String is a children’s book by Patrice Karst that beautifully narrates how people are interconnected through the power of love. Just look at how intimate these photos are.

Even when baby Dahlia was still in her womb, Anne enjoyed reading to her. It’s also no secret that the actress/host is a bookworm as she would regularly share her current reads on her Instagram.

Fun fact: The name Dahlia derives from a flower that is native to Mexico and Central America.

The caption in French “Deux Jeunes Filles,” translates as two young girls. If you didn’t know, Dahlia’s Papa Erwan is half-French and Mama Anne is half-Australian.

After living in Australia for over a year, their little family is back in Manila just in time for Dahlia’s birthday on the 1st of March. For a minimum of P10, you’ll be helping less privileged mothers and children nationwide and give Dahlia an exceptional birthday celebration. To learn more about the fundraiser event, check out the campaign’s page here.