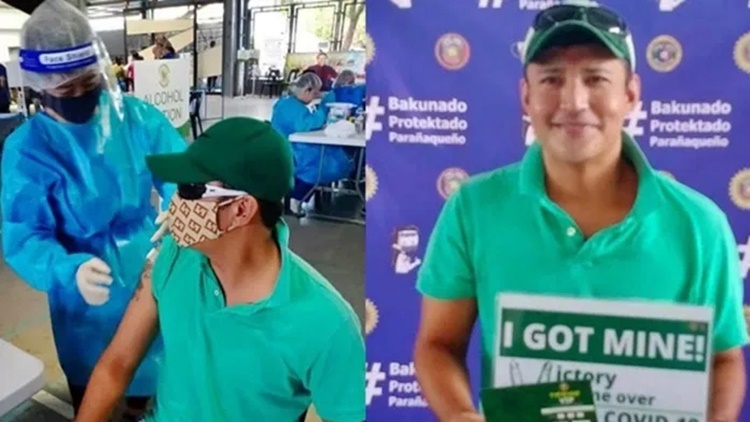 This was how Department of Interior and Local Governance Undersecretary Epimaco Densing III summed up his feelings after learning that actorÂ Mark Anthony FernandezÂ skipped the line to get jabbed with his first AstraZeneca dose.

According to a report by entertainment websiteÂ PEP.ph, Fernandez, 42, was inoculated in the city of ParaÃ±aque on Monday, March 22, an act that allegedly violates the government’s national vaccination framework. This framework outlines a priority list which clearly designates healthcare workers, the elderly, and those with comorbidities as the urgent recipient of COVID-19 vaccines.

Fernandez does not qualify under any of those categories — he even said so. When asked about the experience, Fernandez told PEP.ph that he did not encounter any side effects as he was in top shape.

It wasn’t until Wednesday when ParaÃ±aque City Mayor Edwin Olivarez decided to defend the vaccination of Fernandez. According to the city executive, “almost 90-95%” of the city’s frontliners have already been inoculated. This allowed Fernandez, whom Olivarez revealed as part of a so-called “quick substitution list,” to take the place of someone who failed to show up at their scheduled vaccination.

When asked if Fernandez qualifies as a priority, Olivarez disclosed that the actor suffers from depression brought about by his history of undergoing rehabilitation from drug use.

Dr. Olga Virtucio, a health official in ParaÃ±aque City, also added that vaccines had to be administered to whoever gets to the vaccination site three hours before the daily schedule ends.

However, DILG Undersecretary Epimaco Densing III is having none of it. In various interviews, Densing III vented that the vaccine afforded to Fernandez could have been used to inoculate other members of the society that have a higher risk of contracting the virus.

“Kapikon-pikon ang ginawa kasi any vaccine [that] you use outside the priority list is a vaccine that you are taking away from frontliners. I’m sure there are more people that are the priority than the actor… Meron tayong tricycle driver, meron tayong hotel frontline worker, maraming pwedeng bakunahan bukod sa artista,” he said.