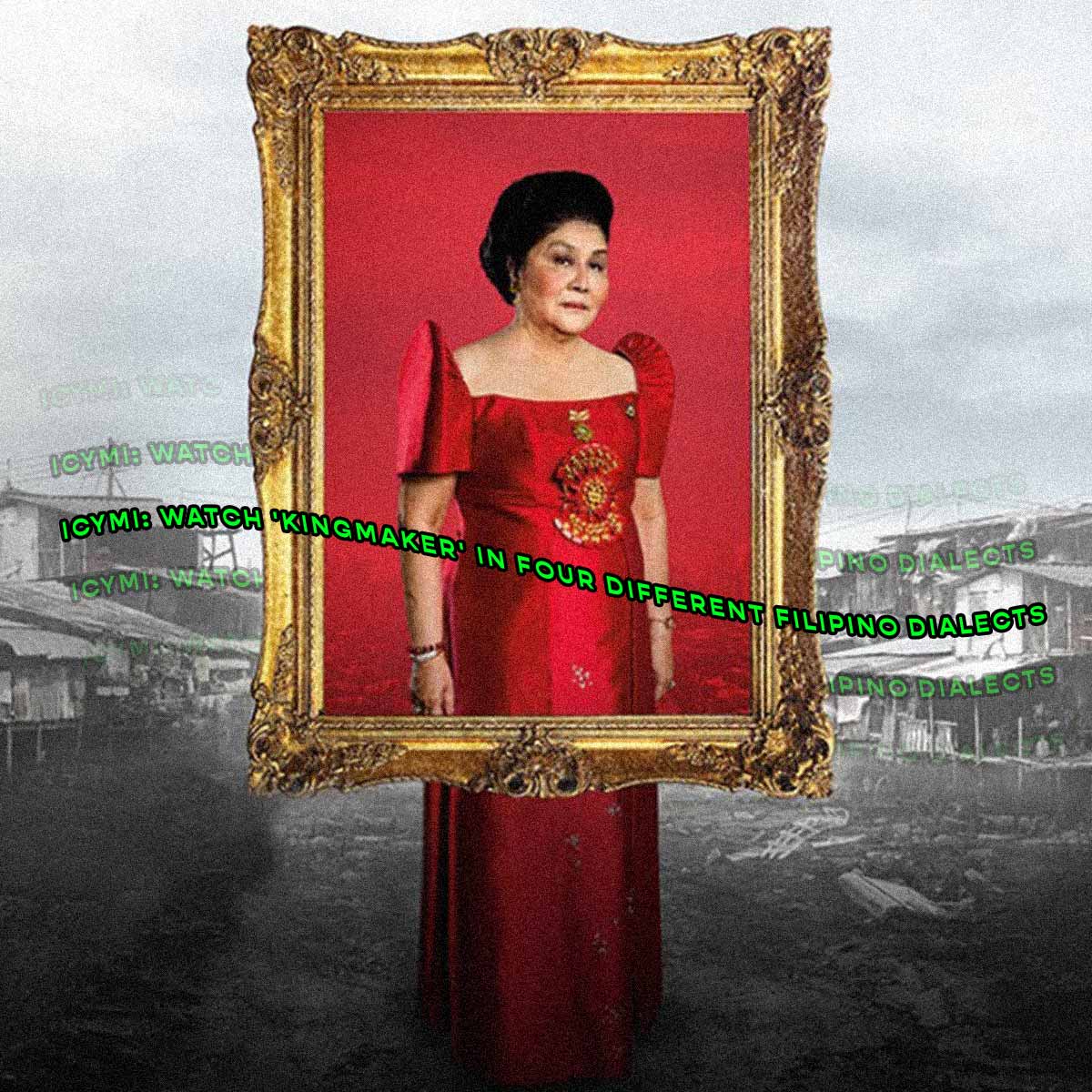 The critically-acclaimed film about the Marcos family now has a wider reach.

More Filipinos can now watch Lauren Greenfield’s critically-acclaimed documentary The Kingmaker. Aside from the Tagalog dub, subtitles in four regional dialects are now available. These dialects are Bicolano, Cebuano, Hiligaynon, and Ilocano.

The Kingmaker is about the dictatorship of former president Ferdinand Marcos. It also focuses its lens on the ambitions and excesses of former first lady Imelda Marcos.

A screening of The Kingmaker opened the film festival Dokyu Power. Organizers Floyd Tiogangco and Nini OÃ±ate want voters to learn from the documentary.

(“We’re giving them a chance to discern based on what they watch. That’s why this documentary has regional subtitles so it’ll be accessible to all.”)

Aside from film showings, they also lead discussions on the relevance of those films. Tiogangco says it’s important to remind people of what happened in the “Martial Law” days. Especially now that the elections are around the corner.

(“Many candidates are after power. People should vote for someone with a human rights-based agenda for good governance.”)

Both of them urge people to vote for a candidate who does not steal.

(“We didn’t name names. But it’s important to do the right thing. You should choose the right candidate. Someone who’s not a thief.”)

OÃ±ate and Tiogangco are with the non-profit DAKILA, and its main agenda is human rights.

They believe they need to educate and empower the youth to choose the right leaders. After all, the upcoming election is a make-or-break one for Filipinos.

(“Standing up is part of us advocating for a human rights-based society. We have the right to not have someone steal from us, and to be served faithfully.”)

Interested parties can stream The Kingmaker for free right here.