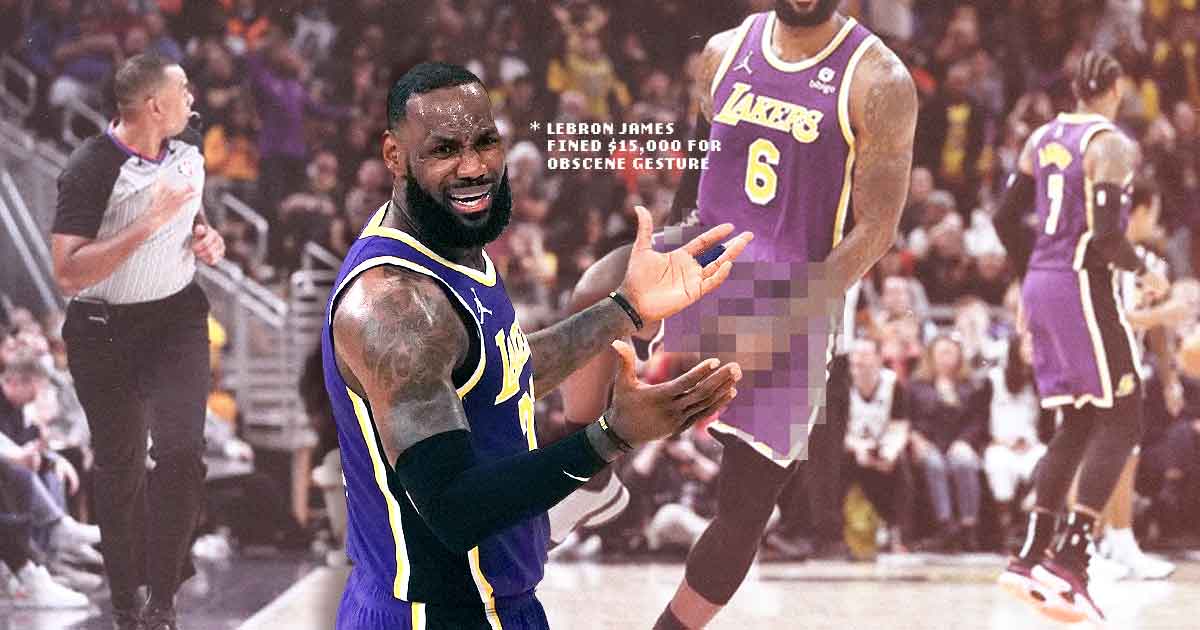 King James did not have the time of his life last week.

After getting ejected for just the second time in his career during last Sunday’s (Nov. 21) game with the Detroit Pistons, LeBron James has managed to keep his misfortunes going by getting hit with a hefty $15,000 fine for making an “obscene gesture” following the Lakers’ win over the Indiana Pacers on Wednesday, November 24.

READ: Why Pinoys Love Basketball & What Is It About The NBA?

The penalty was the result of James pulling out a celebratory motion commonly credited to Philadelphia 76ers assistant coach Sam Cassell after sinking a clutch three against the Pacers:

In its statement, the NBA also warned the Lakers forward about using profane language, pertaining to his calling his suspension “bulls**t.”

“Los Angeles Lakers forward LeBron James has been fined $15,000 for making an obscene gesture on the playing court and warned for using profane language during media availability in response to league imposed discipline, it was announced today by Byron Spruell, President, League Operations. The incident occurred with 1:17 remaining in the fourth quarter of the Lakers’ 124-116 overtime win against the Indiana Pacers on Nov. 24 at Gainbridge Fieldhouse.”

Technically, the gesture merited no fine, but the league still wanted to send a message to one of its most featured stars following two flagrant howlers on the hardcourt.

The first one saw James striking Pistons’ Isaiah Stewart in the face with his elbow, leading to a bloodied Stewart and almost sparking a brawl between both teams. The referee also ejected Stewart after the latter repeatedly tried to jump on James. The “Space Jam” star claims the strike was accidental.

In all his 19 seasons in the NBA, James has only been slapped with the suspension one other time, that being back in November 2017, when he argued a referee’s call during a game against the Miami Heat.