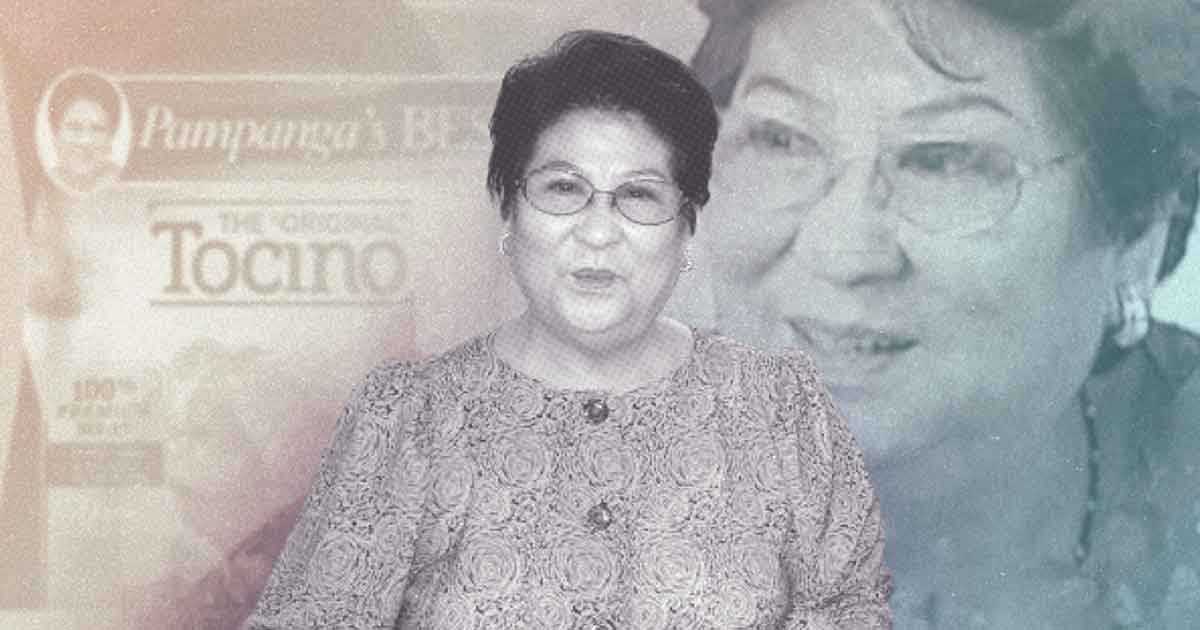 The woman on the logo of Pampanga’s Best launched the popular meat brand in 1964.

Leticia Lolita Hizon, most known for being the matriarch and founder of the iconic Pampanga’s Best, passed away on October 2 due to renal failure, the meat brand announced on Facebook on Monday. She was 84.

“The woman in the logo of the Philippines’ iconic brand has joined our Creator. Her smile, charisma, and love for people [have] made a mark in the food industry. Her original tocino remains the top food choice of every Filipino,” the brand said.

It added: “She was a philanthropist in her community, serving San Fernando and Bacolor selflessly throughout her life. As the founder of Pampanga’s Best and the one who formulated the original tocino, her contribution to the Philippine economy [was] immeasurable. Likewise, her influence on Filipino cuisine cannot be overstated.”

Known as “Apung Lolet,” Hizon was known to have founded Pampanga’s Best after a neighbor asked her help in cooking some unsold meat before it spoiled. According to the company’s history, Hizon salvaged the meat by coming up with a formula to cure it, based on the traditional Kapampangan dish called pindang or fermented pork. Hitting the perfect harmony of a sweet and salty taste, the tocino that Filipinos have grown to love was born.

“What started out as just a neighborly gesture to help a friend has turned out to be the cornerstone of a business and a staple item in the Filipino breakfast table,” the company wrote.

“Apung Lolet will be remembered by her husband, Mr. Angelo Hizon Jr., their 12 children, 61 grandchildren, 31 great-grandchildren, thousands of employees, and countless friends as the epitome of beauty, strength, generosity, faith in the Lord, and love for family,” the brand’s statement read.