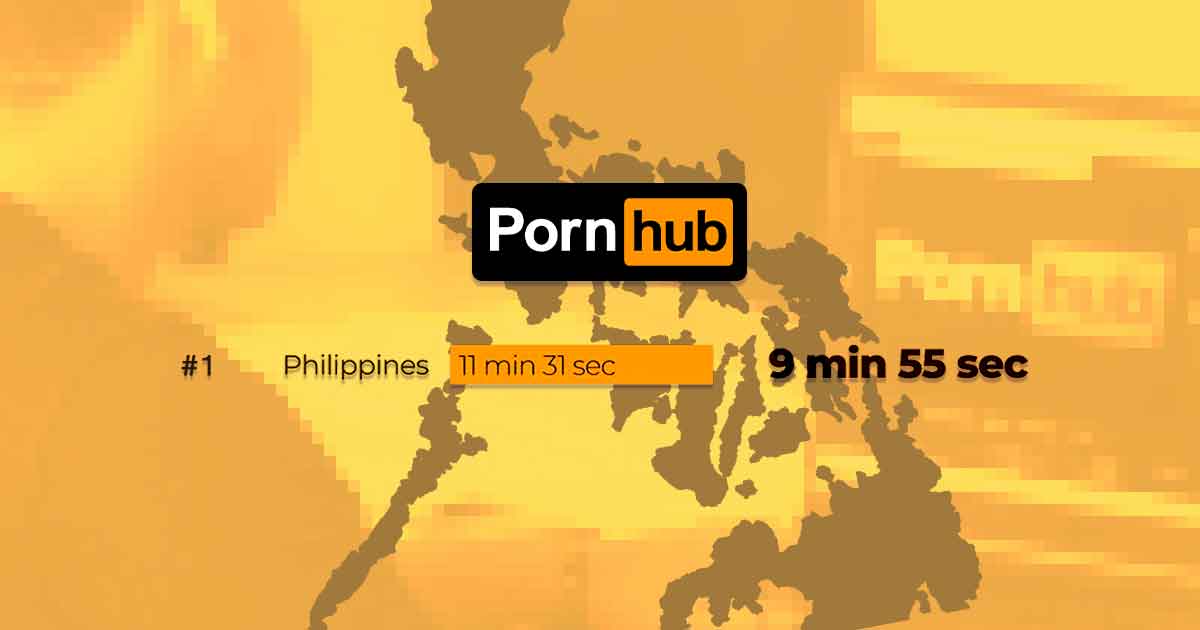 Did we take our time during “self-care” or is our internet speeds just that slow?

Year-end reviews by some of the biggest social media sites are popping up left and right. While it offers some sense of the infamous “Pinoy pride” to see the Philippines lead some of these lists, when it comes to Pornhub’s 2021 Year In Review, it can be quite awkward to, well, come out on top. But it’s all for the sake of research, right?

This is also the third time that the Philippines snagged the top spot, after Pornhub’s 2017 and 2018 year-end lists.

Around the globe, the average visit duration was 9 minutes and 55 seconds, a tad half-minute shorter than last year’s figure. Pornhub’s senior visitors took the longest time pleasuring themselves on the platform this year, taking 1 minute and 36 seconds longer than last year’s.

52% of PH-based traffic on the site were women, beating out the 49% of men who came and went.