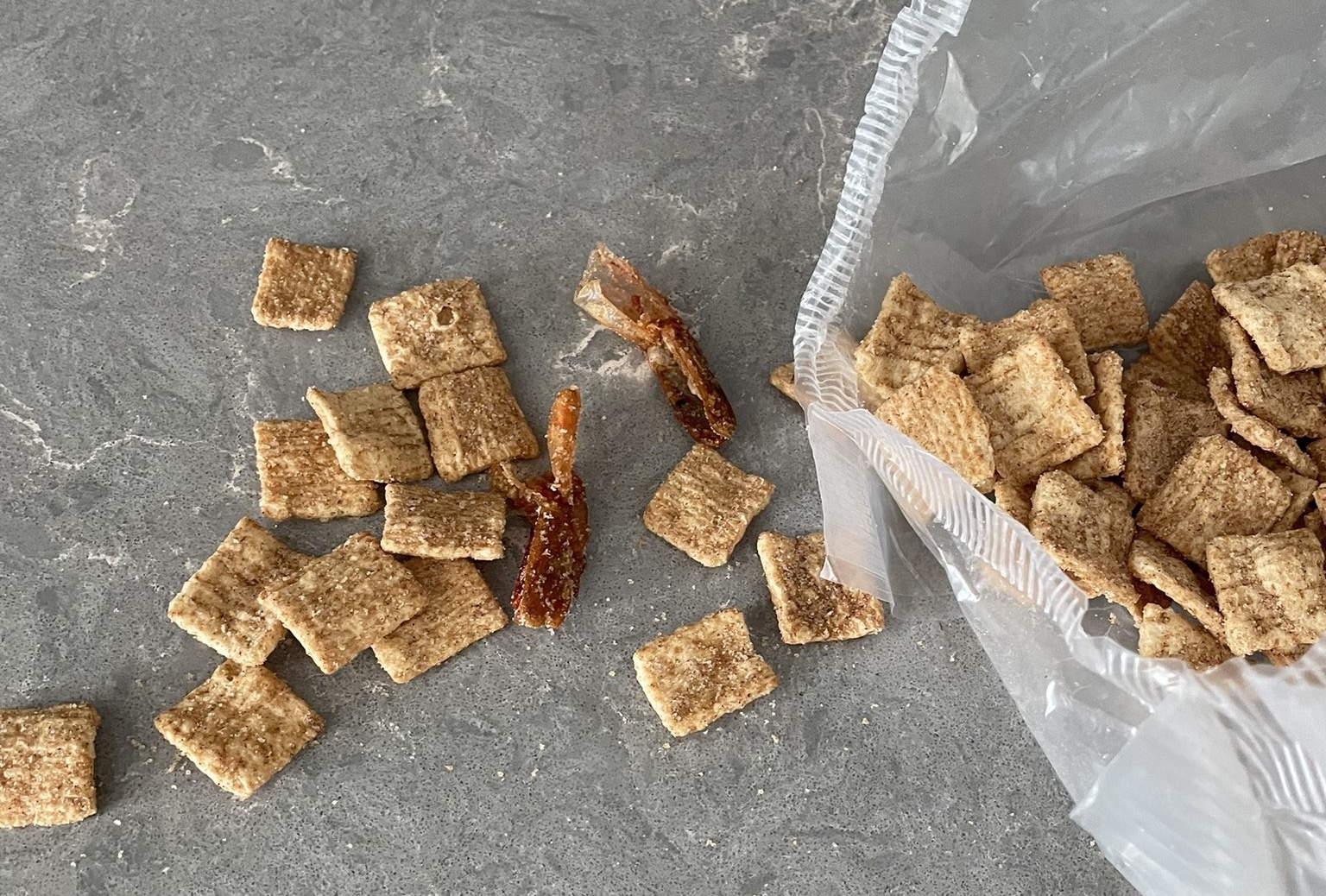 Prepare yourself for a wild ride.

On the fateful day of March 22, Jensen Karp tweeted out a picture of his Cinnamon Toast Crunch cereal and…wait for it…sugar-covered shrimp tails! He captioned the picture: “Why are there shrimp tails in my cereal? (This is not a bit).”

The 41-year old actor, writer, producer, and podcaster took to Twitter to air his grievances and tagged General Mills, the parent company for the cereal brand. The revelation came after Karp ate his first bowl of cereal and reached for a second.

General Mills replied by offering to send Karp another box. “We’re sorry to see what you found! We would like to report this to our quality team and replace the box,” the food manufacturer said.

Obviously, Karp rejected the offer. But hold on, the story doesn’t stop there.

Things took a turn for the worse when General Mills claimed that the sugar-encrusted shrimp tails were just “accumulations of cinnamon sugar” and that there was “no possibility of cross contamination with shrimp.”

Twitter was set alight as Karp hilariously asserted that the pieces were, in fact, shrimp tails and that General Mills attempted to “gaslight” him.

Upon closer inspection, Karp had also found black pieces cooked onto the cereal squares and feared them to be rat feces. Another bag of the same cereal seemed to have a piece of dental floss in it.

The Twitter back-and-forth had many users invested into what exactly was in the contents of the Cinnamon Toast Crunch bag and if, God forbid, their own cereal was contaminated with questionable items.

Karp, and Twitter users alike, also shook their heads in disappointment at the corporate giant’s response, citing the situation as a great opportunity for a turnaround. For the unsuspecting podcaster, all General Mills had to do was admit their fault and conduct a proper investigation.

He also lamented the poor treatment of social media specialists, claiming that big corporations should have left the issue to PR teams and crisis management groups more familiar with handling such a situation.

Currently, Karp has had the contents of the cereal (shrimp tails and all) sent to a lab and tested to find out its true genetic makeup. While the issue seems to be dying down, the case of the mysterious shrimp tails found in Cinnamon Toast Crunch will never be forgotten.