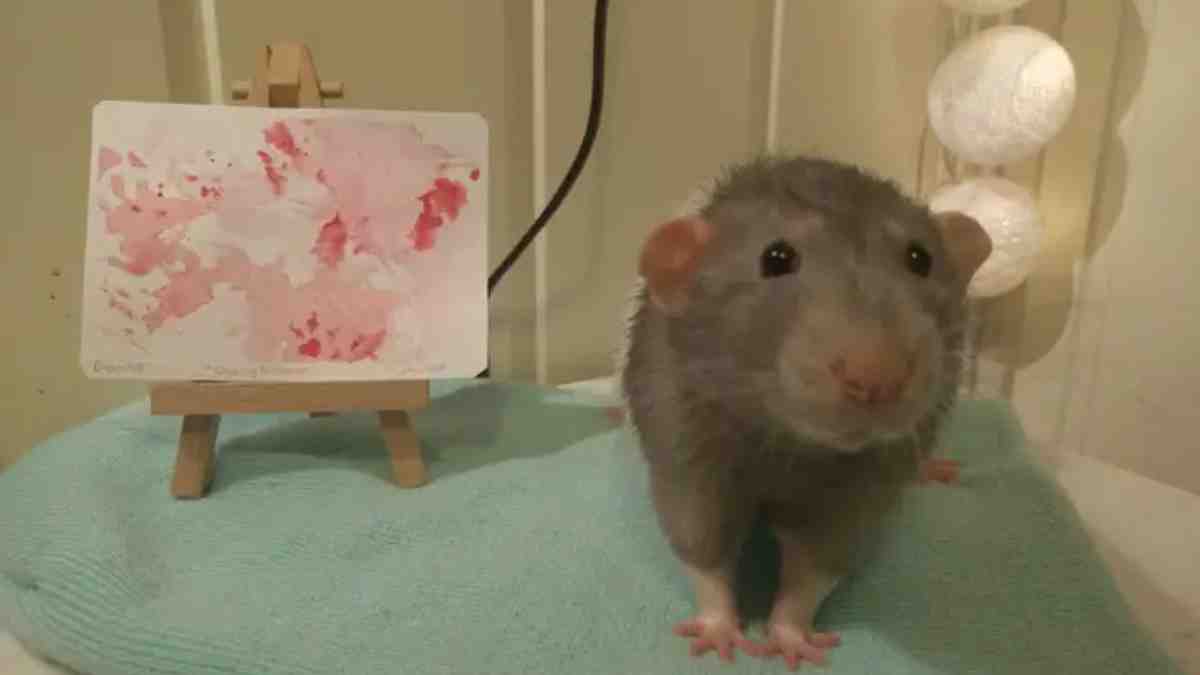 If there’s Mr. Goxx the crypto-hamster, there’s Darius, the rat who paints with his feet.

Norwegian student Amalie Markota Andersen is the owner of this talented rat, who she says started painting in 2018.

“When I had Darius, I got a non-toxic watercolor set, dipped his lil hands and feet in it and just let him walk back and forth on the paper until it started to look like something,” she shared. She also added that she didn’t necessarily “teach” him how to make the art that he was so famous for.

“I didn’t really ‘teach’ him as much as I put him down on the paper and let him walk on it,” Andersen said. “When he had walked enough, it became something abstract yet wonderful.”

After posting Darius’ painting on Tumblr, the art student noticed that he was quickly rising to Internet fame. “Darius going viral was very exciting, I was so happy people liked him,” Andersen said. “It is what he deserved!”

Soon, many online strangers asked if Darius took commissions. Andersen and Darius obliged, and the elderly rat went on to create and sell several more paintings before sadly passing away in 2019.

While he’s no longer around, Andersen has stated that the presence of Darius in her life has helped both her and those who’ve discovered joy from his paintings.

“I had him in a weird time of my life where I was trying to figure out who I was as a person, and also where I should be going in life. He was my light in the darkness, if you will,” Andersen told Insider. “And I’ll be forever infinitely thankful for him, even if he never knew what kind of impact he had. Not only on me but the thousands of people who fell in love with him and his little painting.”