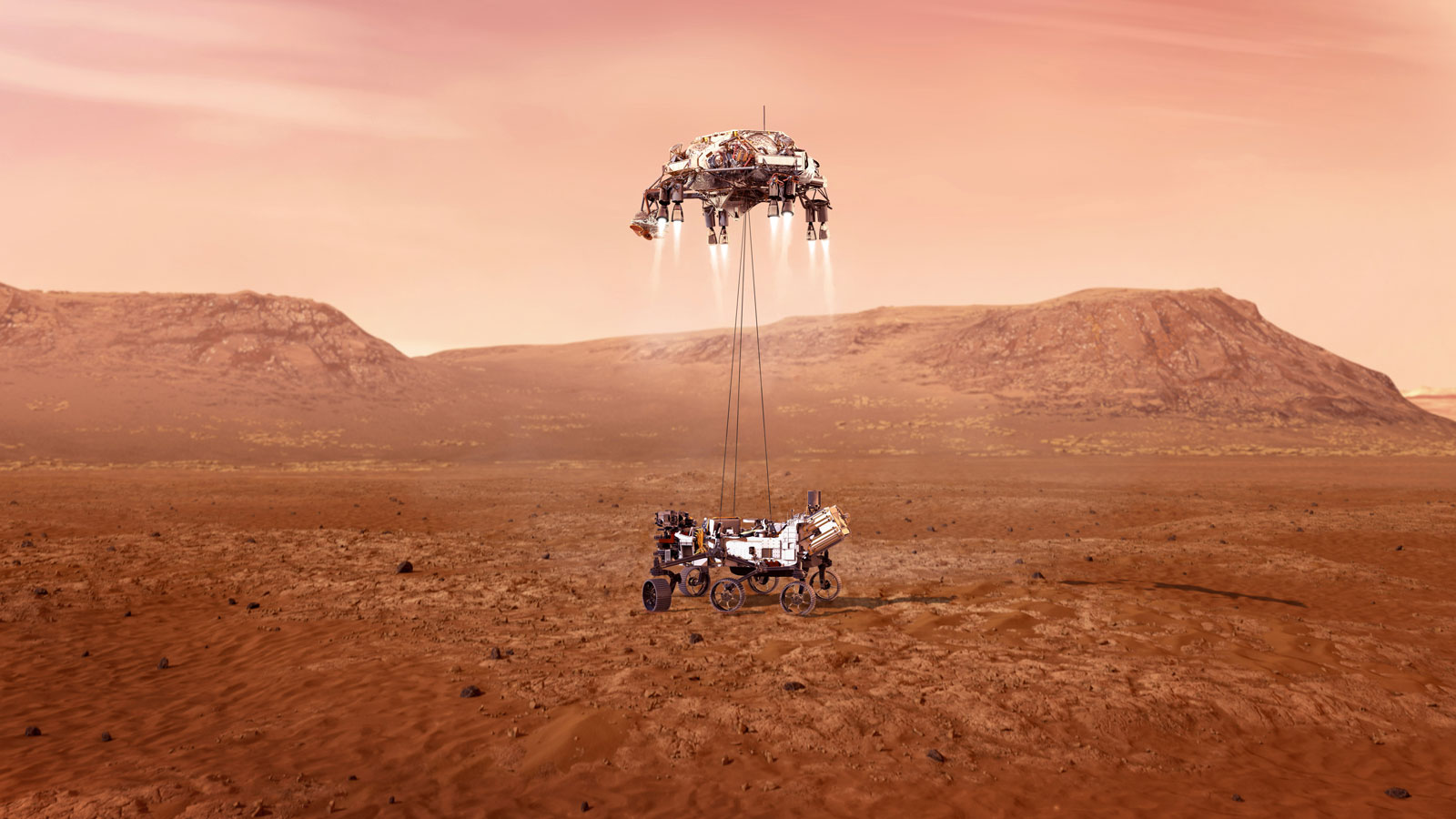 Another leap was made for humankind with NASA’s Mars Perseverance Rover successfully landing on Mars on February 18, 2021. It was expected to be the most precise landing on the Red Planet, after launching on July 30, 2020, with millions of people tuning in online for the play-by-play. Even the Empire State Building and the LAX Pylons lit up in anticipation of its arrival on the foreign land.

The Perseverance Rover has been diligent with sending updates via Twitter, from the preparations to the takeoff, and the landing to the probing. NASA says the main objective of this mission is “astrobiology research, including the research for signs of ancient microbial life.” As the rover explores Mars, scientists will be able to gather data on the planet’s geology and past climate, as well as collecting and caching Martian rock and regolith.

Perseverance Mars Rover’s first tweet after traveling nearly 300 million miles, reads, “Hello, world. My first look at my forever home.” This is followed by a second tweet that reads, “And another look behind me. Welcome to Jezero Crater,” both attached with a picture of a front and back view of the landing, respectively. This is a huge improvement from the past rovers because Perseverance’s cameras can capture images in color and even provides a 360Â° guided tour of her new home.

According to her biography, Percy’s (nicknamed by the Mission Managers) hobbies are photography, collecting rocks, and off-roading. If you’re wondering why the tweets make it seem like a person reporting for duty, that’s because the team intended to give her a personality. “If Perseverance is anything, she’s a boss. She’s the biggest, most ambitious rover we’ve ever sent to the surface of another planet,” Stephanie L. Smith, the digital and social media lead atÂ NASA’s Jet Propulsion Laboratory, told USA Today. It’s what sets her apart from other robots.

ALSO READ: Nokia gets the go signal to build a 5G network… on the moon