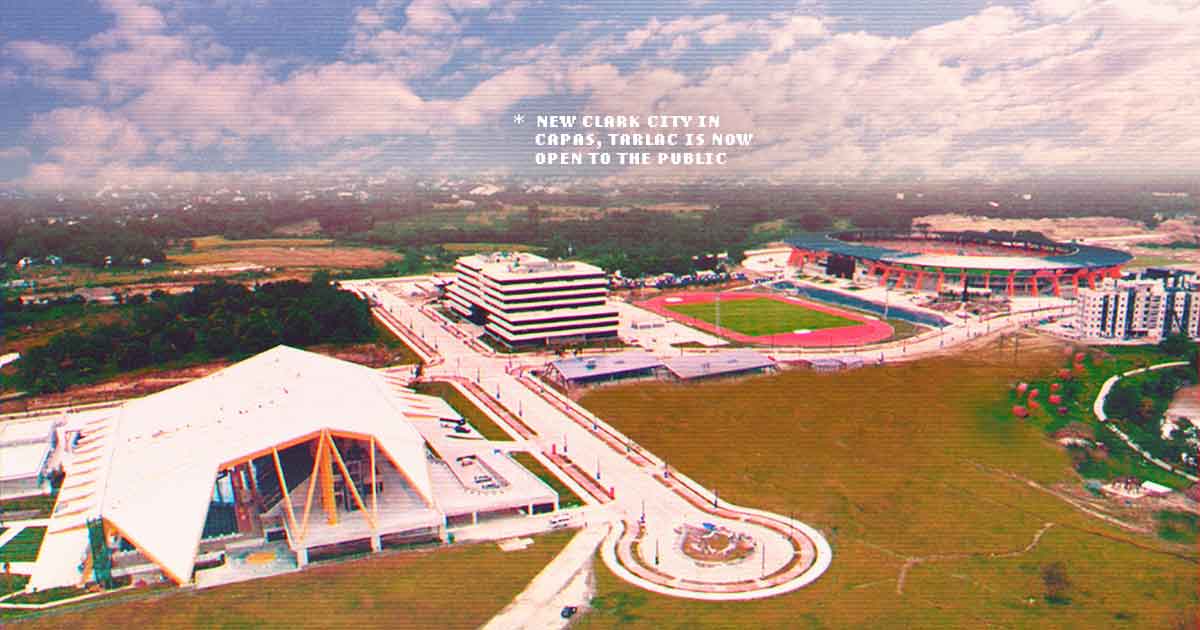 The New Clark City In Capas, Tarlac Will Reopen Its Doors To The Public Soon

It’s no longer a quarantine center. Families can have fun there now!

After two years, the New Clark City in Capas, Tarlac is open to the public again as a weekend leisure destination. But only vaccinated individuals will have free access to the rising metropolis.

They can visit the NCC’s bike lanes, commercial area, jogging paths, river bank, and walkways. The athletics stadium is open to them via designated viewing areas, as is the aquatic center. Both served as venues for the 2019 Southeast Asian Games. They became quarantine centers at the height of the COVID-19 pandemic in 2020.

The NCC had a soft opening on May 7 and a two-day grand relaunch on May 28 and 29. Bannered by a program called “Bike and Run, Weekend Fun,” the relaunch had all sorts of events.

Its first day began with a ceremonial bike ride and a fun run. Both events drew plenty of bikers, duathletes, runners, and triathletes. Some national athletes were also in attendance. A concert (featuring various Central Luzon acts) and street party capped the festivities. Gastronomes loved the food trucks set up throughout the area.

The second day was even more intense. The NCC teamed up with Twin Cycling Gear for the first-ever New Clark City Cycling Race. Almost 500 cyclists participated in it. Check out this vlog about the race by YouTuber Giro d’arte.

Bases Conversion and Development Authority’s Aristotle Batuhan released a statement before the relaunch. In it, he explained his team’s decision to reopen the NCC.

“We felt that it’s the right time to reopen New Clark City, so visitors can experience what it has to offer,” he said. “We hope this move will uplift Filipinos’ spirit after two years of fighting the virus.”

The history of New Clark City

The land where the NCC stands used to be the location of a US military base called Camp O’Donnell. During World War II, the Japanese used it as an internment camp for prisoners of war.

Camp O’Donnell was the final stop on the Bataan Death March. The Japanese imprisoned about 60,000 American and Filipino soldiers there in 1942. About 1,500 Americans and 20,000 Filipinos died due to disease and starvation. The brutality of the Japanese didn’t help.

The Philippine Commonwealth Army and the US Army liberated it on January 30, 1945. After World War II, Camp O’Donnell became a US Air Force base. The US Naval Radio Station, Tarlac, was also located there. The Philippine Army installation occupied its eastern side.

On December 7, 1991, the Philippine government built a memorial to the fallen soldiers. It’s known as the Capas National Shrine, and it’s now part of New Clark City.

New Clark City is in the municipalities of Bamban and Capas, which are part of Tarlac province. But it’s administered from Angeles City as part of the Clark Special Economic Zone.

It’s not a flood-prone area. Its minimum elevation is 54 meters or 177 feet above sea level. Meanwhile, its maximum elevation is 800 meters or 2,600 feet. Its planned central park also serves as a catch basin for floodwaters. Meanwhile, the Sierra Madre and Zambales mountain ranges can shield it from typhoons.

The NCC is also said to be safe from earthquakes. The PHIVOLCS says there are no fault lines near it. But an expert from the University of Illinois at Chicago says that’s not entirely true.

“The Philippines is subject to earthquake risks,” says Earth and Environmental Sciences Professor Kevin Rodolfo. “It’s a serious misconception that only areas close to faults are at risk.”

If you’re thinking about going to New Clark City, check out these reminders. (Source: NCC Facebook.)

It’s best to be prepared so you can enjoy everything the place has to offer.