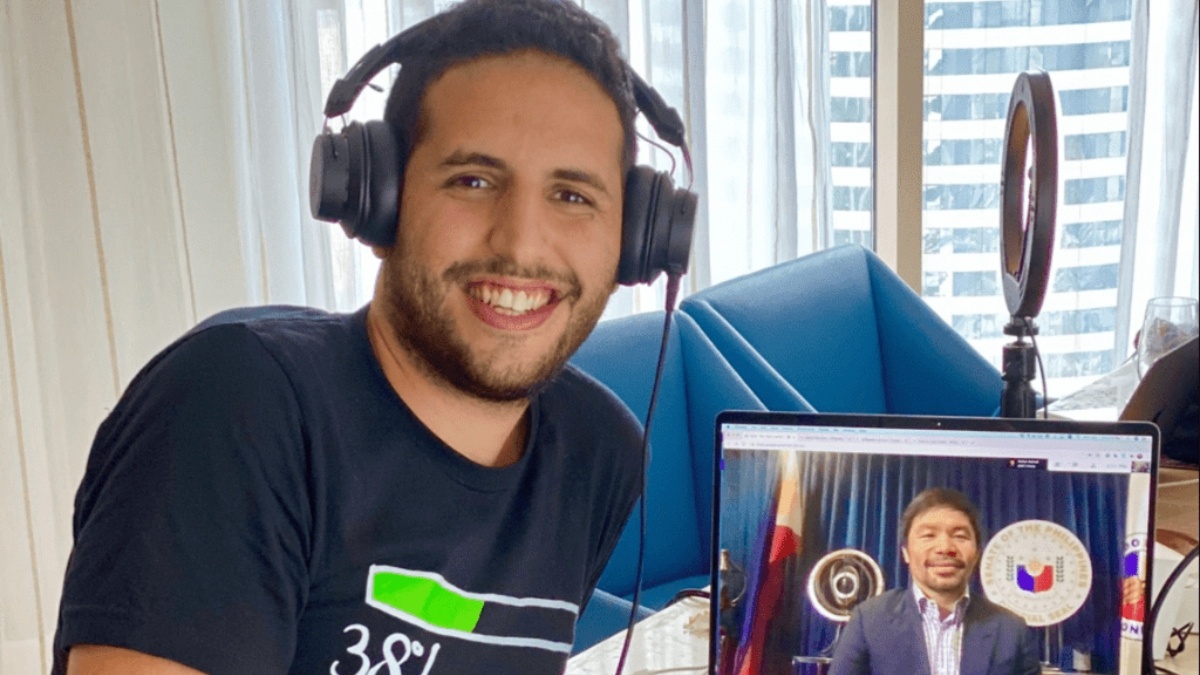 If only it were that easy.

This looks at a recent tweet posted by Palestinian content creator Nas Daily, or Nuseir Yassin in real life, about the windfalls of working for the government:

“So many people hate government that smart people went to private sector and average people ended up in government. So now, the average governs the smart,” Yassin claims.

Timing is impeccable, so they say. We say this because last November 25, Nas Daily’s podcast Nas Talk invited over possibly the biggest guest in the podcast’s history: the boxing legend, senator, and recently sworn-in party president of PDP-Laban, Manny Pacquiao.

It led to some pretty interesting insights and one pretty intriguing revelation: that Pacquiao hates politics.

“From the beginning, I don’t like politics. I’m disappointed… I regret that I entered politics. I hate the system of politics, there’s a lot of corrupt politicians. I’m not saying all of them, but most of them,” Pacquiao shares. He also imparted that his mission upon entering the political arena was to help as many people in need as possible, as he understands where they are coming from.

Aside from his philanthropic tendencies, Pacquiao also got to talk with Yassin about his Christian faith, his inspirational role to the youth as both a world athlete and a statesman, and his subsequent plans in service.

Now, did that enlightening sit-down with Pacquiao motivate Yassin’s opinion about the government being good? That might be a reach. What isn’t, though, is that he gave Pacquiao a platform and praised the government as being inherently upright in one fell swoop. And to that, we have to say: sorry, Nas, but it isn’t as simple as that.

Nas is onto something when he said that the government is filled with mediocre leaders who are calling the shots despite lacking the qualifications to do so.

Of course, there are exceptions. For example, NEDA’s Acting Secretary Karl Chua holding a master’s degree and a doctorate in economics proves he fits the bill. But for the most part, that’s frustratingly true.

But they’re nowhere near stupid. Brazen? Probably. Opportunistic? Definitely. But not stupid.

That’s because when we blame their lack of brain cells for their incompetency, we’re distracted from the fact that ill intent actually fuels their self-service. It seems as if they’re less culpable for their corrupt deeds because “stupid” makes it sound like they didn’t know what they were doing. They actually do.

Likewise, the opposite of Nas’ point isn’t always accurate too — having a high IQ doesn’t always mean they’re also compassionate, and it doesn’t’ definitely mean they aren’t corrupt. Remember: the late dictator and fascist Ferdinand Marcos was a bar top-notcher.

As many of the Twitter users have pointed out under Nas’ tweet, nuance is key. Intellect doesn’t always turn a government into a good one, and greater change isn’t always guaranteed just because smart people are part of the government.

In a country where proficient lawyers are killed by masked gunmen, senators are jailed out of opposition, and radical thought leaders are slain by agents of the state themselves, the topic of changing the government from the inside goes beyond just judging a leader’s book smarts.