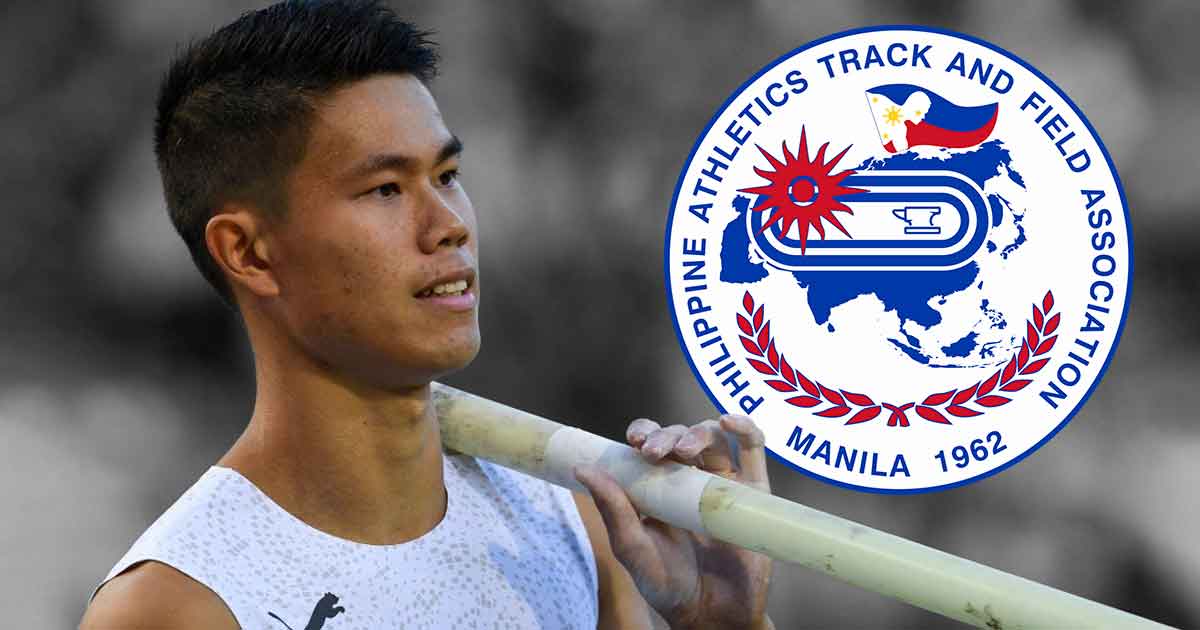 The Philippine Athletics Track and Field Association (PATAFA) is set to drop Olympian pole vaulter EJ Obiena from the national team “effective immediately,” after the organization concluded its investigation on the falsified liquidation documents and late payments made to the latter’s coach.

PATAFA’s decision to expel Obiena from the federation’s National Training Pool of Athletes sits as one of six recommendations that its investigative committee formulated. An additional recommendation includes filing an estafa case against the star athlete over EUR 6,000 (P360,000) — money intended for the salary of Obiena’s coach, Vitaly Petrov, from May 2018 to August 2018.

“The report brought so much sadness and feelings of betrayal but we had to face the challenge because as professionals we should account for all the funds, government and private, given to us,” Juico stated in a press conference. “We have a fiduciary responsibility over PATAFA showing of all moral, ethical considerations which our present times consider less important than winning or making money.”

He added, “So the board has accepted all the recommendations of the administrative committee that includes removing the 26-year-old young man, who knew the consequences of what he was doing as he repeatedly produced those spurious documents.”

Other recommendations include terminating Vitaly Petrov as a PATAFA coach and declaring Obiena’s backer and adviser James Lafferty as persona non grata. The committee also claims that Obiena “misappropriated” EUR 61,026.80 (P3,661,608) given to him by PATAFA and the Philippine Sports Commission (PSC), meant to be used as the coaching fee for Petrov.

In similar fashion, Obiena’s mother Jeanette, was also accused of misusing P624,116.76 that “she claimed from the PSC under pretext that it is a reimbursement of the coaching fee paid to Mr. Petrov for the months of January 2019 to March 2019.”

“He now has to face the consequences,” said Juico, referring to Obiena.

The 26-year-old currently ranks as No. 6 in the world and also holds the Asian pole vault record.