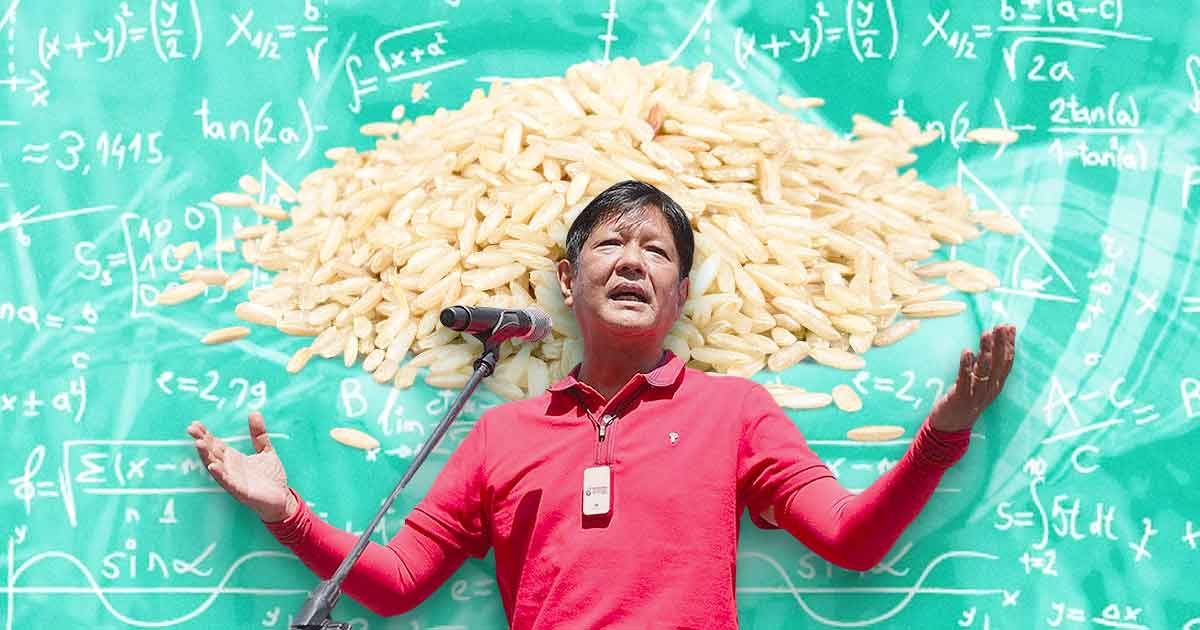 Here’s what he (and other pundits, political and otherwise), think of that plan.

Philbert Dy is a Filipino film critic. His reviews have appeared on ClickTheCity.com, among other places. He has also been vocal when it comes to politics. In a series of tweets, Dy sounded off on Ferdinand “Bongbong” Marcos Jr.’s plan to reduce rice prices.

During the campaign period, Marcos Jr. promised to lower the price of rice to P20 per kilo. At the moment, one kilo of rice costs anywhere from P32 to P50. This is because private companies have monopolized rice imports. That forced consumers to pay more for their rice.

Marcos Jr. made this plan part of his platform, which he released a week before election day. He promised to halt imports once the Philippines can produce its own rice.

Dy wrote that if the price goes down, average consumption will go up. He thinks that the plan is “of dubious long-term value.” But if the incoming administration makes it a priority, Dy believes it could happen.

Several analysts said reducing rice prices would be a bad idea if there are no subsidies. According to NEDA Chief Karl Chua, Marcos Jr. needs to support local farmers for his plan to work. He said, “If our support to our rice farmers is very targeted and efficient, then that’s a possibility.”

If Marcos Jr. can’t support farmers, local production will decline. Farmers need funding, proper equipment, and proper irrigation. If they don’t have those things, the government would have to import rice. That would make lowering rice prices to P20 per kilo impossible.

The main problem with Marcos Jr.’s plan is financing. Finance expert Nadine Suzara says the Philippines isn’t self-sufficient enough. The national budget won’t cover the plan, so the government would have to borrow money again.

In a recent interview after his proclamation, Marcos Jr. said that his “plan” was more of an “aspiration.” He said there are things his team must do before they can lower the price to P20 per kilo.

“You have to do research and development. We have to bring new technologies to farmers,” he said.