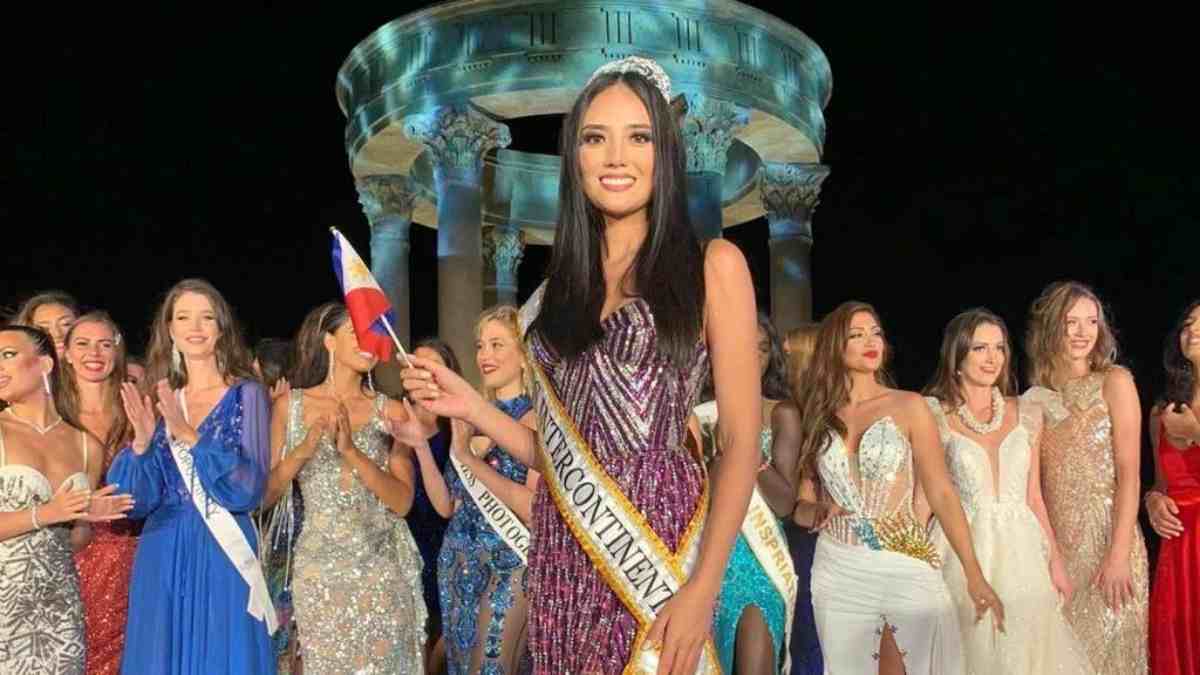 For the second time in history, a Filipino was crowned Miss Intercontinental:Â Cinderella Faye ObeÃ±ita, a 25-year-old tourism officer from Cagayan de Oro, took home the title during the coronation night on Friday, October 29, in Egypt.

ObeÃ±ita outwitted 70 other candidates en route to the title, where she was also named this year’s Miss Intercontinental-Asia and Oceania.

Her triumph was boosted by her sharp response during the question-and-answer portion of the pageant, where she was asked: “As an international ambassador, do you believe that speaking English is important for Miss Intercontinental? Why or why not?”

She answered: “As an ambassador, I don’t think that speaking a specific language is very important here in Miss Intercontinental or any pageant at all. As long as that woman is a woman of power and grace, commitment, and intelligence, no matter what language she speaks, and that woman is actually a woman of style and substance, then she can win any pageant or any endeavor she is into.”

ObeÃ±ita’s path to the crown was lauded by the Binibining Pilipinas organization as a fitting “Cinderella story.” During the primaries of the Binibining Pilipinas pageant last July, she failed to clinch any of the twelve spots to make it to the semi-finals. However, after earning the highest number of fan votes, she bounced back as a wildcard contender and went on to win one of the six titles.

This is the second time that the Philippines brought home the Miss Intercontinental title following Karen Gallman’s win in 2018.