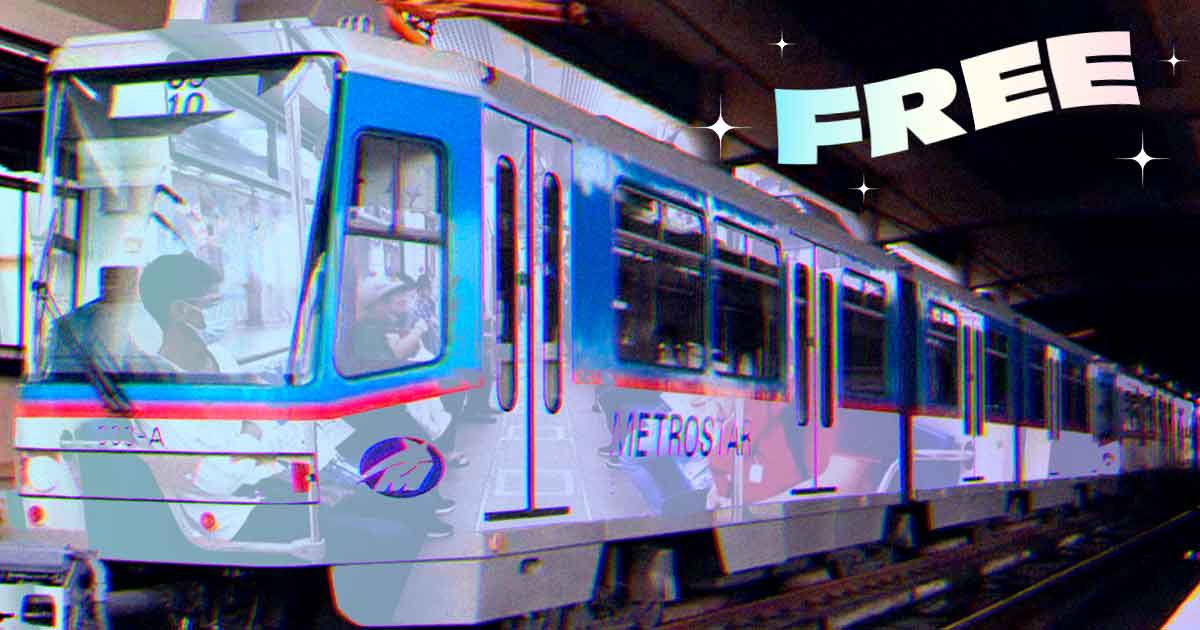 PSA: vaccinated commuters get to ride trains for free until the end of ECQ

That is if you’re an Authorized Person Outside of Residence or APOR.

On Monday, Transportation Secretary Arthur Tugade has confirmed that vaccinated commuters can avail themselves of free rides starting from August 3, Tuesday, up until the end of the lockdown in Metro Manila on August 20, Friday. This includes rides aboard the Light Rail Transit-Line 2 (LRT-2), the Metro Rail Transit (MRT-3), and the Philippine National Railways (PNR).

According to Tugade, commuters only need to present their vaccination cards as proof of inoculation to avail of free train rides.

The Department of Transportation has also waived terminal fees for buses and jeepneys stopping at the ParaÃ±aque Integrated Terminal Exchange (PITX) starting Monday. The Philippine Ports Authority, Civil Aviation Authority of the Philippines, and the Manila International Airport Authority have also pledged to provide free food and drinks to travelers queuing inside piers and airports.

While the offer covers the rail lines of LRT-2, MRT-3, and PNR, no such news has been announced for the Light Rail Transit-Line 1 (LRT-1), as it is owned by a consortium of private corporations.