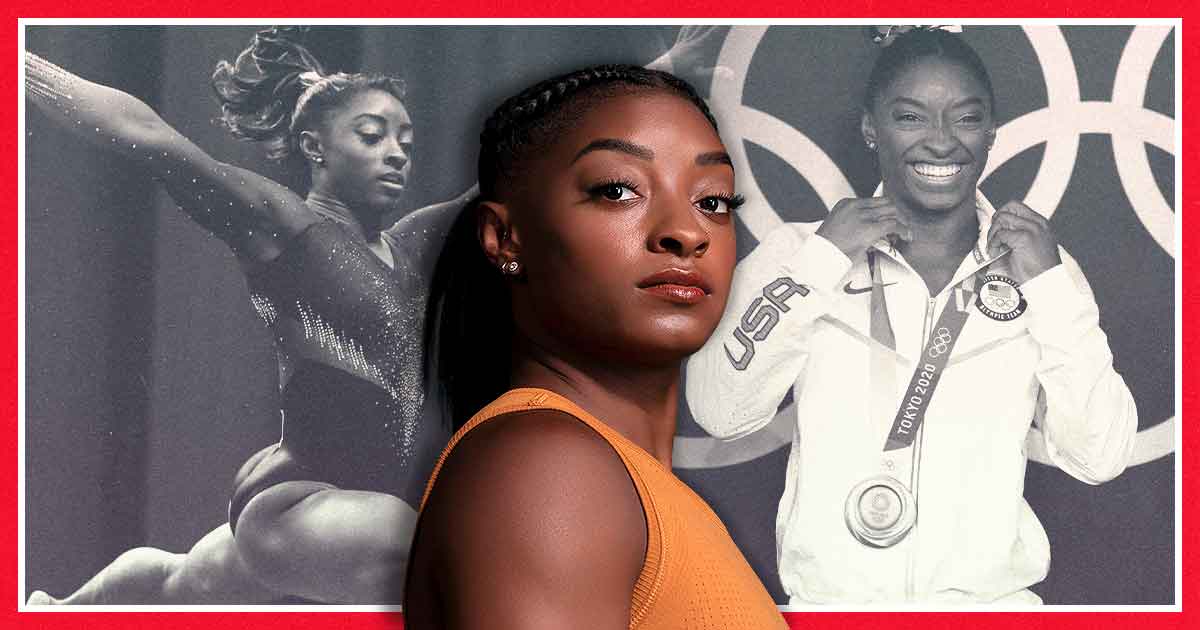 Simone Biles Is TIME’s Athlete of the Year

Simone Biles, the world’s most decorated gymnast, has been named TIME’s 2021 Athlete of the Year.

The title comes after the American athlete’s controversial decision to pull out of the Tokyo Olympics back in July, where she cited her mental health as the primary reason. At the time, Biles had shakily finished a routine wherein she claimed she had the “twisties,” a gymnastics term to describe a mental block while in midair.

The twisties causes gymnasts to lose their spatial awareness, which can lead to serious, if not fatal, injuries.

While some harshly criticized the 24-year-old’s choice to bow out of the Games, many others praised her for prioritizing her mental health and safety. It was a bold decision that finally spotlighted athletes’ well-being, a conversation that many were not willing to have.

“What Simone did changed the way we view our well-being, 100%,” fellow Team USA gymnast Sunisa Lee told TIME. “It showed us that we are more than the sport, that we are human beings who also can have days that are hard. It really humanized us.”

For Biles, the event held meaning. “I do believe everything happens for a reason, and there was a purpose,” she shared. “Not only did I get to use my voice, but it was validated as well.”

And just a month later, the four-time Olympic gold medalist continued to show her strength by giving a testimony against disgraced USA Gymnastics doctor Larry Nassar. Nassar had been accused by hundreds of athletes over the years for sexual harassment, particularly of young girls on the USA Gymnastics team.

Read: Women Can: Female-Led Moments at the Olympics in History

During her testimony, Biles reportedly spoke against institutions like the FBI, USA Gymnastics (USAG), and the U.S. Olympic and Paralympic Committee (USOPC), all of which, she says, facilitated Nassar’s behavior.

“It’s a lot to put on one person. I feel like the guilt should be on them and should not be held over us,” she stated. “They should be feeling this [pain], not me.”

Among the courts and the Olympics, Biles has truly shown that women, and women of color, to be exact, can stand up for themselves despite the challenges they face. And while there is still a long way to go, this young girl has given a much-needed kickstart to the conversation.

“I was torn because things weren’t going the way I wanted,” Biles said of her run in the Tokyo Olympics. “But looking back, I wouldn’t change it for anything.”