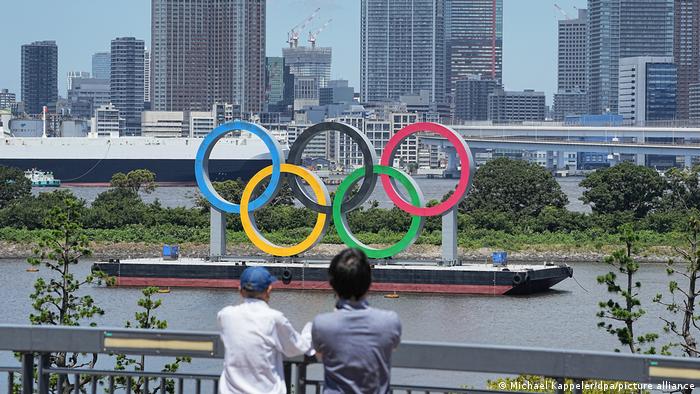 Just a week before the start of the official games for the Tokyo Olympics, two athletes have already tested positive for COVID-19 inside the Olympic Village.

Thabiso Monyane and Kamohelo Mahlatsi, both from the South African football team, have been isolated, along with others who were found to be in close contact with them. Mario Masha, a video analyst for the team, also tested positive for the virus.

As of now, the patients are confined to their rooms, with meals being delivered to their doors and PCR tests being administered daily.

The South African Football Association confirmed the results and released a statement that said the team “followed all relevant Olympic Playbook rules, protocols and procedures throughout the pre-Games and Games arrival routines.”

They also added that the rest of the team tested negative.

Starting from July 1, more than 18,000 athletes, officials, and journalists have touched down in Japan. Since then, more than 45 people associated with the games have tested positive.

The news of rising cases associated with the Olympics has substantiated the Japanese public’s concerns on the risks of holding the games. In a survey conducted in May, 83% of the citizens polled have said that they wanted the Olympics to either be postponed or cancelled altogether.

Japan is also notably behind on vaccination rates, with only less than a quarter of the population being fully vaccinated.

Despite pressure and opposition, Olympics officials decided to push through with the event, but with the implementation of strict COVID-19 guidelines.

For one, incoming Olympics teams and officials must have tested negative twice before flying in to the country, where they are then tested again upon arrival.

They are also separated from others once they land in Tokyo. Spectators are not allowed in or around the city, while those in mandated quarantine are tested once a day.

The efforts are the Olympic organization’s attempt at keeping the games “COVID-safe.”