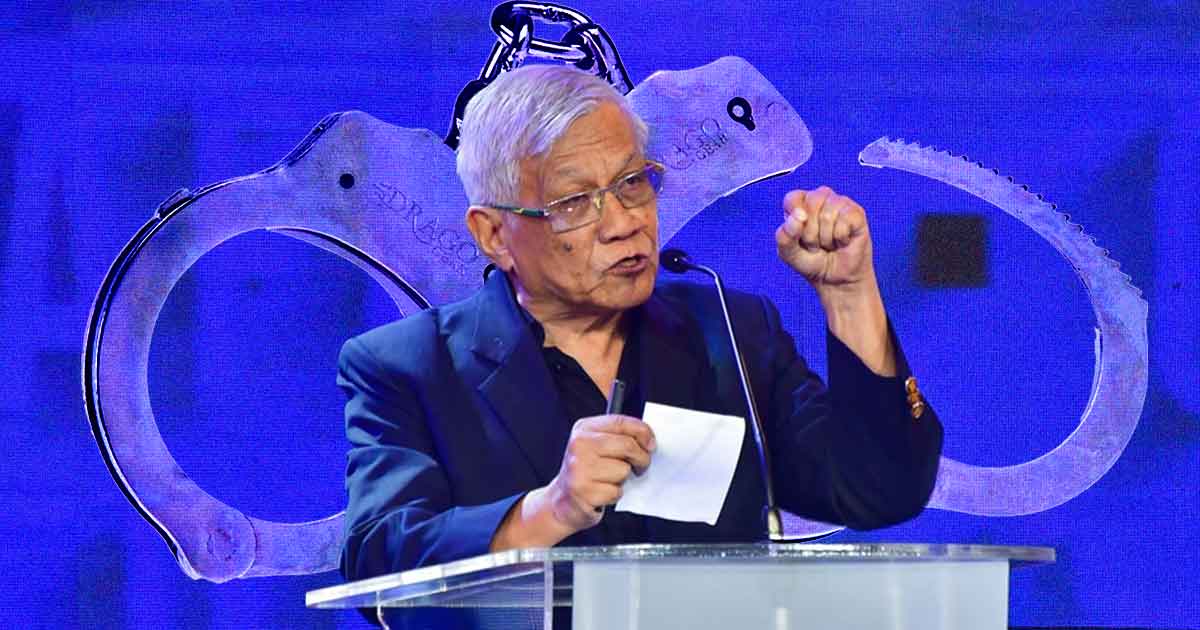 Labor leader Leody de Guzman also went to the police station upon learning of the arrest. Bello’s former running mate called for his release in a Facebook post. De Guzman cited political repression as the motive behind the unjust arrest.

Walden Bello thought of the arrest as unjustified, referring to the charge as silly.

Arrested late afternoon Monday on silly charge of cyberlibel posted by the camp of Sarah Duterte. These people are mistaken if they think they can silence me and suppress my exercise of free speech.

His choice of terms prompted VP Duterte to release a statement herself. The statement read that Bello’s decision to call the charge silly is “an insult to the prosecutors and the time and effort they put in to uphold the rule of law.”

Senator Risa Hontiveros also chimed in, expressing concern over Bello’s arrest. She said that “critical voices like his are essential to any democracy.”

Statement on the arrest of Walden Bello

Critical voices like his are essential to any democracy. pic.twitter.com/UoUDmN3arT

Political scientist Jesus Falcis made several points defending Bello on his Facebook page. One cited that Bello’s statements on Tupas are political speech and not libelous. Another post points out that VP Duterte fired Tupas for her involvement in the November 6 drug raid. Falcis also questions why Tupas now works for the Office of the Vice President. Tupas is the head of the media and public relations division of the OVP.

The warrant for Bello’s arrest was for two counts of violations of the Cybercrime Prevention Act of 2012. The bail was set as P48,000 for each count. Bello posted bail of P96,000 on Tuesday afternoon, August 9.

My deepest thanks to all who mobilized against the grave threat to free speech posed by the charge of cyberlibel against me by the camp of VP Sara Duterte. What a wonderful display of unity in defense of our common values! With solidarity like this, how can we possibly lose?

Although Bello is free, many continue to call for the decriminalization of libel. Human rights groups argue that libel has become a political tool against dissenters.

ASEAN Parliamentarians for Human Rights chairperson Charles Santiago called the arrest “nothing but an act of political harassment and persecution aimed at silencing one of the most prominent critics of the Duterte administration.”

The battle continues between Bello and Duterte

Walden Bello has no doubt about his innocence. He told CNN Philippines that he expected the arrest warrant. He continued by saying that he’s convinced that VP Duterte is the mastermind of the whole thing. Bello also had a response to the VP telling him to “stop obsessing over me and stop blaming me for his fall from grace.”

“I don’t know what she’s referring to. This case brought the attention of the country to her message of responding to criticism. It is the vice president who is obsessing over me. She should stop evading the issue. She’s behind it, everybody knows that,” said Bello.

VP Duterte’s spokesperson Reynold Munyasac responded to the matter. He says that the VP’s statement on Walden Bello’s claims is clear and that Bello need not drag her into the issue.

Bello’s camp is ready to fight his cyber libel case to prove his innocence. “But this goes beyond me,” he said. “This goes to freedom of speech.”