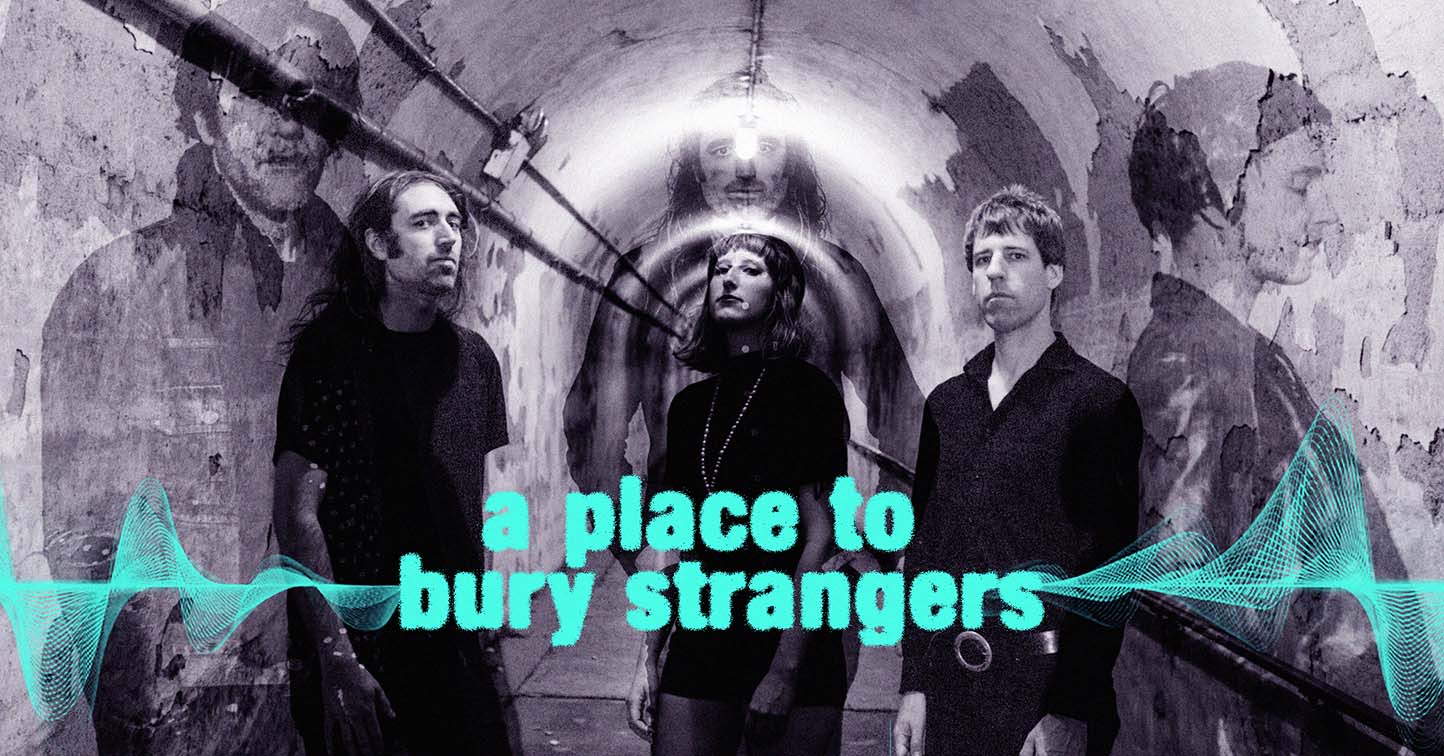 Checkout this exclusive interview with A Place To Bury Strangers frontman, Oliver Ackermann

This all happened last November 24 thanks to Sleeping Boy Production and Furiousa. The event in Mow’s was fronted by Kapitan Kulam, Basalt Shrine, Raves, and Pry.

A Place To Bury Strangers is a post-punk noise collective composed of Oliver Ackermann, Sandra Fedowitz, and John Fedowitz. Guitarist and current frontman Ackermann formed the band in the city that never sleeps.

FreebieMNL was able to interview frontman Oliver about his point of view on their music and snag some news about New York City’s loudest band.

Some say APTBS sounds like shoegaze; some say it’s noise. For Ackermann, it’s a statement. In the interview, he says that it’s a form of rebellion against music’s norm.

“We’re just some punks. It’s just our rebellion against the norm of music and what we think people should be into,” stresses Ackermann.

The band has been playing for almost two decades, Ackerman was cheerful in saying that “nothing has changed.” He further mentions that “there is no point in changing” APTBS’s sound as a music collective.

Ackerman stresses, however, that he cannot compare much how their unique music grew. Comparing their sound from their early days to the present, he feels that there is a correlation between the two timelines.

“I don’t know. It’s a connection to what life you are living. So, it’s like do you even remember what you were doing 19 years ago?” he asks rhetorically.

For Ackerman, the band is just “trying to lose their minds with music.” He finds himself doing the same thing now as he was 20 years ago.

As for Ackermann’s personal point of view, he mentions that music is about entering a deep space of certain sounds and vibrations. For him, he tries to vie in areas that he hasn’t been able to reach in his career.

“And enter that deep space of what sound and vibrations mean to me,” he explains. “And I am still trying to go to that place as far as possible. So as time goes on it takes something else to reach that place.”

When asked what to expect from the band in the future, Ackerman simply says: “I wouldn’t call a project done until it’s done.” For him, something doesn’t happen as it should. Some pieces of art have to be thrown away and be revised, he explains. So, he ends with a nonchalant, “We’ll see.”

For now, Ackermann assures that they are recording a lot of music, including a few remixes. He also adds that he has been collaborating with different people. He even quipps that it’s one of the things that keeps the band involved.

Apart from music, Ackermann says that they have designed a lot of effects pedals.

They uphold the title of being dubbed the noisiest band in New York. For Ackermann, they have pushed their limits into crafting their sound. But if someone, is willing to replace them, he says, can.

“We always push the envelope into something more fucked up, or crazy. Anyone who’s willing to take the reigns and more noisy than we are [can]. But you know, you gotta be willing to do that. So, good luck.”