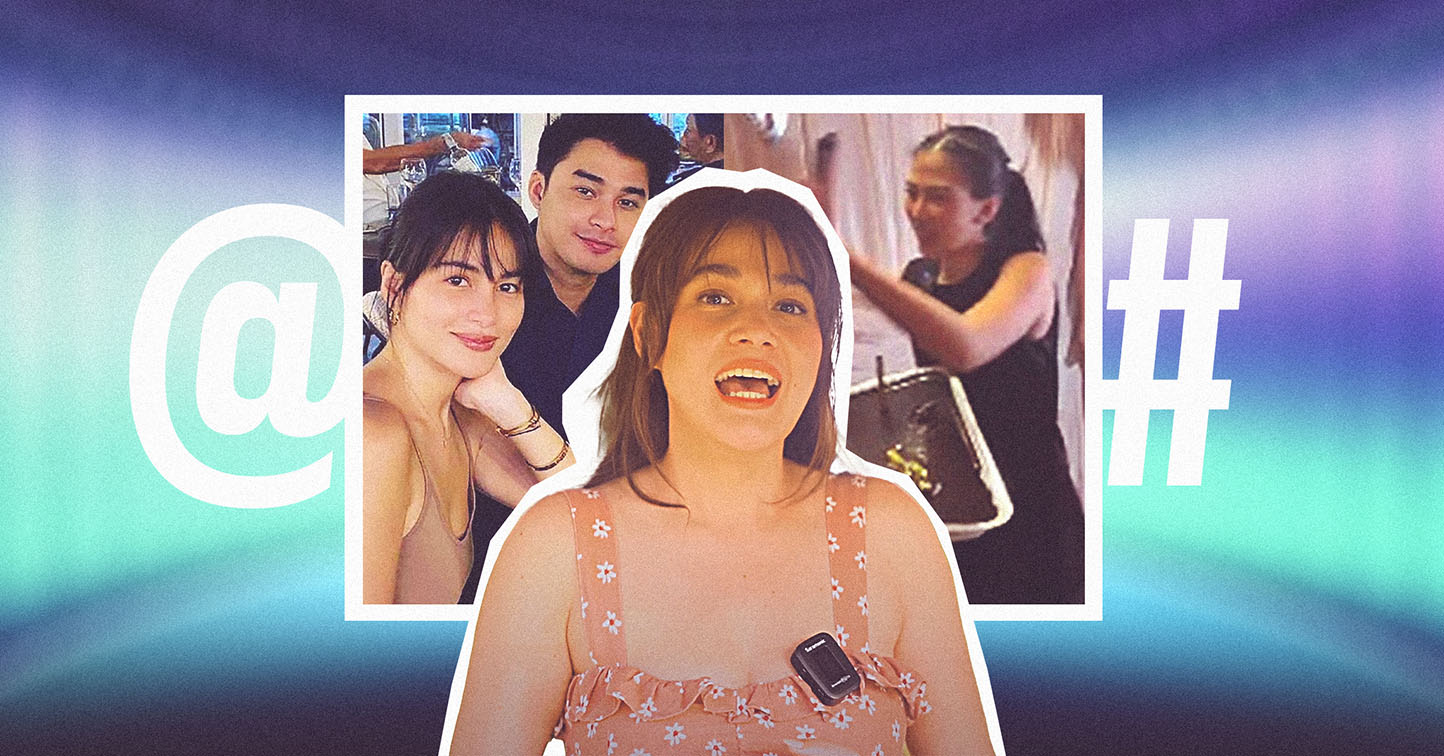 It’s just the fourth week of 2023 and a lot of showbiz news have already surfaced! FreebieMNL gives you the trending news with the very first of our weekly showbiz round-up.

The week began with Alex Gonzaga’s trending birthday salubong event. She turned 35 on January 16, 2023. However, the supposed fun celebration turned to be controversial when a video clip of Gonzaga smearing cake icing on the forehead of the waiter went viral on social media. Of course, this did not sit well with netizens, even calling her “bastos.”

A day later, Gonzaga’s publicist Peter Ledesma took to PEP.ph to say that they are close to the waiter named Allan Crisostomo. On January 17, ABS-CBN News reported that Gonzaga had met with Crisostomo and apologized for what happened. Crisostomo even had a handwritten letter to prove that “Ok na po kami.”

However, Gonzaga continued to receive backlash, with netizens even wondering why Crisostomo had to write and sign a letter just to prove that they have made amends.

On January 18, Gonzaga took to her social media accounts to air her public apology. She wrote, “On my birthday, God taught me a hard and important lesson. Humility, kindness and better judgment.

“I am truly sorry, Kuya Allan. To my family, I am sorry for causing you pain and embarrassment. I will rise from this a wiser and better person.”

On my birthday, God taught me a hard and important lesson. Humility, kindness and better judgment.

I am truly sorry, Kuya Allan.

To my family, I am sorry for causing you pain and embarrassment. I will rise from this a wiser and better person.

Celebrities and influencers also reacted to the issue. Some criticized her, while a few were defending Gonzaga, including Arnold Clavio, Kris Lawrence, Toni Fowler, and Mo Twister.

The cake incident also became a topic during Gonzaga’s production number with her sister, Toni Gonzaga, who held a concert at the Araneta Coliseum on January 20, 2023 for her birthday.

Another trending story in the weekly showbiz round-up is the accusation against Kapuso actress Bea Alonzo. On January 19, a netizen accused her land-grabbing on Twitter.

This stemmed from Alonzo’s vlog where she prepared meals for her Aeta neighbors in her farm in Zambales. Entertainment news outlets picked up the moment for a feature, including Inquirer who posted photos on Twitter.

A netizen named “ALOveyoutoo” quote tweeted the post from Inquirer and then wrote, “That’s nice, now how about giving their land back.”

Netizens had mixed reactions over the tweet, but a lot of Alonzo’s fans, as well as ordinary netizens, were surprised with the accusation against the movie star.

With this, Alonzo’s camp released an official statement through her legal counsel, Atty. Joey V. Garcia of GERA law firm, denying the accusation.

The statement reported by PEP.ph reads: “It is unfortunate that a certain ‘aloveyoutoo’ made a very irresponsible & highly outrageous statement on Twitter asserting that Ms. Bea Alonzo should give ‘their – (referring to Aetas) land back.’

“For the record, our client vehemently opposes that baseless and very unfair accusation. She and her family are the absolute and registered owners of the parcels of land in Zambales, acquired through legal and valid means.

“Let this message serve as a stern & final warning to that fellow who made the disparaging remarks against Ms. Bea Alonzo on social media to retract his/her unfounded accusation and to cease from further making defamatory statements that bring disrepute to our client.

“Otherwise, we shall be constrained to initiate all the appropriate legal actions against him/her in no time.”

At present, the netizen has decided to deactivate his/her account.

Are McCoy de Leon and Elisse Joson together again?

One question to raise in this weekly showbiz round-up: Is McLisse back together?

Netizens raised this question after McCoy de Leon and Elisse Joson, who are believed to have separated, were spotted together.

A restaurant posted a photo on Facebook of De Leon and Joson together dining at an establishment on Thursday, January 19, 2023. The post described them as a “stunning couple.”

On January 18, 2023, a TikTok user also uploaded her photo with de Leon and Joson, who were spotted at Sky Ranch Tagaytay together with their daughter, Felize.

Prior to these sightings, entertainment columnist and vlogger Ogie Diaz revealed in his January 13 vlog that de Leon accompanied Joson in one of her endorsement shoots.

The former couple has yet to issue a statement if they have, indeed, reconciled. But it was early this year when news broke that the two have separated after de Leon posted a cryptic message for his daughter. Later, a photo of de Leon and a non-showbiz girl went viral, sparking rumors that he was cheating on Joson or they had separated altogether.

On January 4, 2023, de Leon broke his silence through an Instagram post and revealed that he and Joson have separated, although categorically denying that no third party caused the separation.

In an Instagram post on January 17, 2023, comedienne Pokwang reminded her followers that it has been a year since her business with former partner Lee O’Brian, PokLee Products, closed.

Pokwang and O’Brian have been separated since November 2021, but the two only revealed this to the public in July 2022.

In the comments section of her post, Pokwang’s “Tiktoclock” co-host Kim Atienza joked and asked if he can still order.