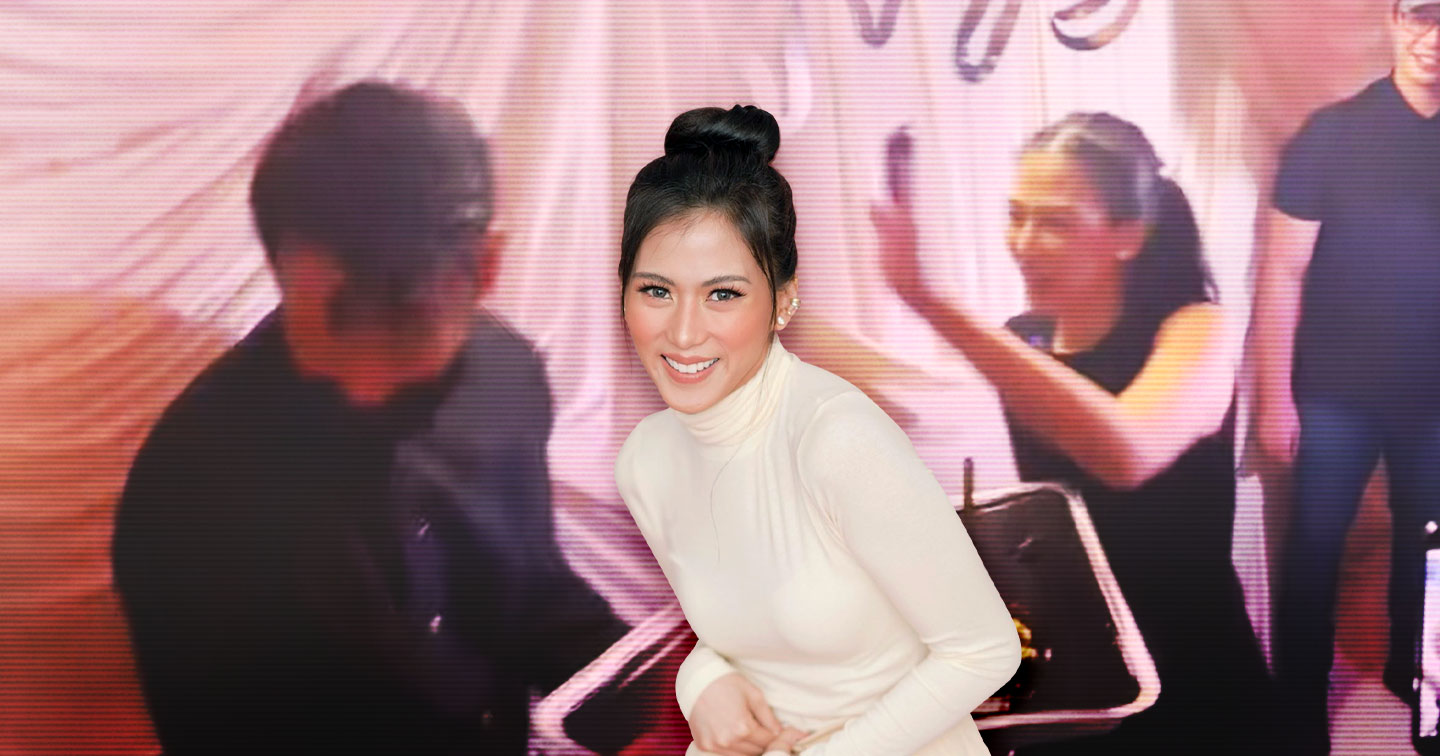 Showbiz personality Alex Gonzaga is trending again on social media as she embroils herself in a new issue during her 35th birthday celebration.

The vlogger-actress is in hot water after a video from her birthday party went viral on social media on January 16, 2023, the same day of her birthday.

Gonzaga held a birthday salubong event at Joya Lofts and Towers on January 15, 2023. In the video, Gonzaga was seen having fun while her guests sang “Happy Birthday” as she was about to blow her birthday candle on a chocolate cake.

After blowing the candle, however, she got some frosting on her hand and wiped it on the forehead of the waiter carrying the cake.

The video zoomed in to the waiter, who seemed to be surprised but shyly smiled at what happened.

According to netizens, Dani Barretto took and uploaded the video on her Instagram stories but has since deleted the video when it blew up.

Gonzaga’s joke did not sit well with netizens, who criticized her on social media. So much so that her name became a trending topic on Twitter.

Aside from “Alex Gonzaga,” the words “Mikee,” “Bastos,” “Catherine,” and “Kuya” also trended on Twitter. Upon opening these words on Twitter, the tweets were all about Gonzaga’s incident with the waiter.

“Mikee” is Lipa City councilor Mikee Morada, Gonzaga’s husband who was beside him when the incident happened. “Catherine” is Gonzaga’s real name, “Kuya” pertains to the waiter while “Bastos” was a word netizens were using to describe Gonzaga’s behavior towards the waiter.

Even influencers such as Janina Vela, AC Soriano, and LA Aguinaldo, and content creator Arshie Larga tweeted their reactions about the incident.

Service workers are our equals. It’s their job to serve, but it’s our job to give them the respect they deserve. https://t.co/6i7wZHDLcQ

“i can throw all cakes with pintee who strengthens me” (chenesis 16:69)

Gonzaga, at press time, has not made any statement or comment regarding the issue, as well as those who attended the party.