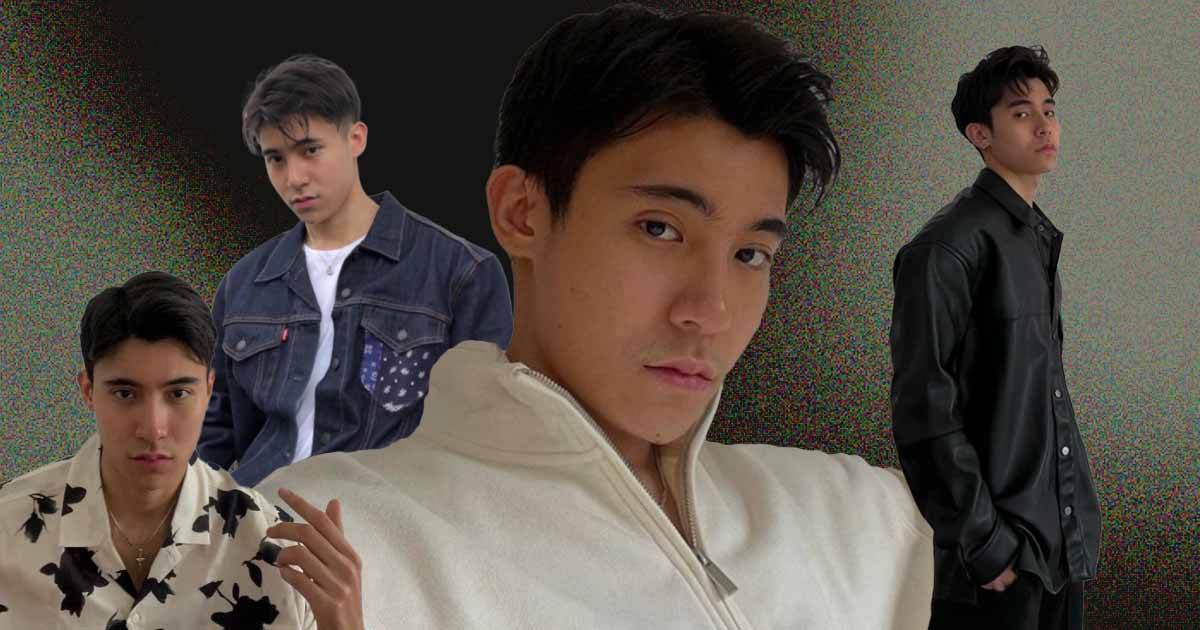 This up-and-comer is quite the Renaissance man.

In October 2018, a Facebook post about Brent went viral. To date, it has earned over 2,000 comments, over 5,000 thousand shares, and almost 20,000 reactions. But most importantly, it put Brent on the radar of starmaker Johnny Manahan. Known to showbiz denizens as “Mr. M,” he discovered many of the industry’s top stars.

Mr. M liked his look and had his team at Star Magic track Brent down.

The rest, as they say, is history.

On playing a bad boy

When he was in high school, the highest grades he earned were 98 and 99. He continued that tradition in college, earning a series of perfect 4.00s during his time at DLSU. But Brent isn’t an “all work, no play” kind of guy. In fact, he’s a BLACKPINK stan who says he’s often “the last man standing sa inuman.”

Brent actually has an edgy side. He tapped into it on the set of his new project, the iWantTFC Original Series Beach Bros. He plays Jayson Coral, the barkada’s “bad boy.”

That’s not hard to believe, given his academic record. Plus the fact that he’s the eldest of three indicates he grew up responsible. After all, he needed to set an example for his siblings. But as different as he and Jayson are, Brent loved playing that character. Being Beach Bros’ resident tough guy forced him to stretch himself as an actor. He welcomed the chance to do so because he wanted to do as his idols did.

At the Beach Bros media conference, Brent received praise for his portrayal of Jayson. According to the production staff, he’s usually quiet when the cameras aren’t rolling. But when they are, Brent reportedly morphs into a completely different person.

He attributes his success to the help he received from director Victor Villanueva. His co-stars also helped. Brent says male lead Kyle Echarri was instrumental in making sure everyone felt good on set.

Brent helped himself to that lechon, but he didn’t gorge himself on it. Some of the show’s stars struggled to get in shape for the show. Unlike them, Brent has always been all about a healthy lifestyle. So he was chill about taking off his shirt for some scenes.

Brent is something of a Renaissance man. Someone who’s good at a lot of things. Aside from being a content creator and model, he used to have a clothing line. But right now he wants to see how far he can go in mainstream showbiz. Since Mr. M discovered him in 2018, he has done the Ampalaya Chronicles and The Broken Marriage Vow.

His performances there (and on the Beach Bros premiere) prove that Brent Manalo has a bright future ahead of him.