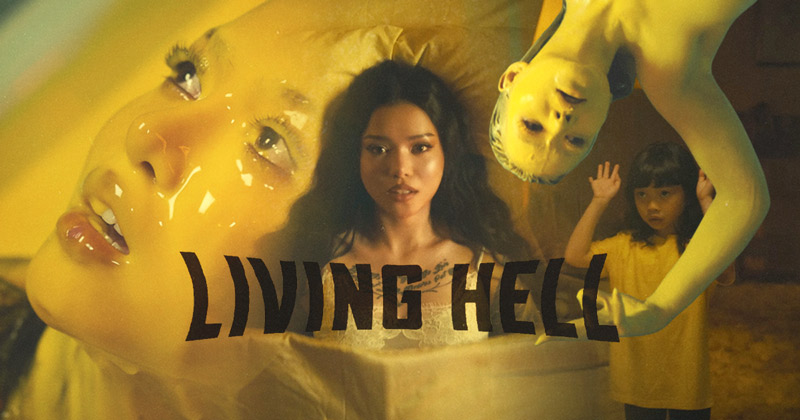 The internet sensation opened up about her past.

Bella Poarch released her latest single “Living Hell.” It has since racked up millions of views in less than a week.

The “Living Hell” music video has eye-catching visuals. In it, viewers can see a drenched Bella being soaked in yellow paint. Directed by Andrew Donoho, the video also shows a locked door and a trapped Bella. Finally, there’s an eerie clip of a little girl’s reflection in a mirror.

Bella also explained that the room in the video was inspired by her childhood room. It had locks outside “because my parents wanted to make sure that I didn’t escape.”

She also revealed that they forced her to like the color yellow when she was growing up. “It was my parents’ way of letting me know that they have the power in the house.”

Bella then thanked her fans for their unwavering support. She said that they’re the reason why she was able to “break free.” It’s because of the fans that she understands things will be alright.

In the end, she dedicated her latest project to them. She also offered an inspiring message to those who are going through some tough stuff at the moment.

“To anyone who is also going through their own living hell, you will escape and I’ll be right there by your side. This one’s for you.”

“Living Hell” dropped alongside her debut EP, Dolls. Bella Poarch collaborated with the likes of Grimes and Sub Urban to put the EP together.