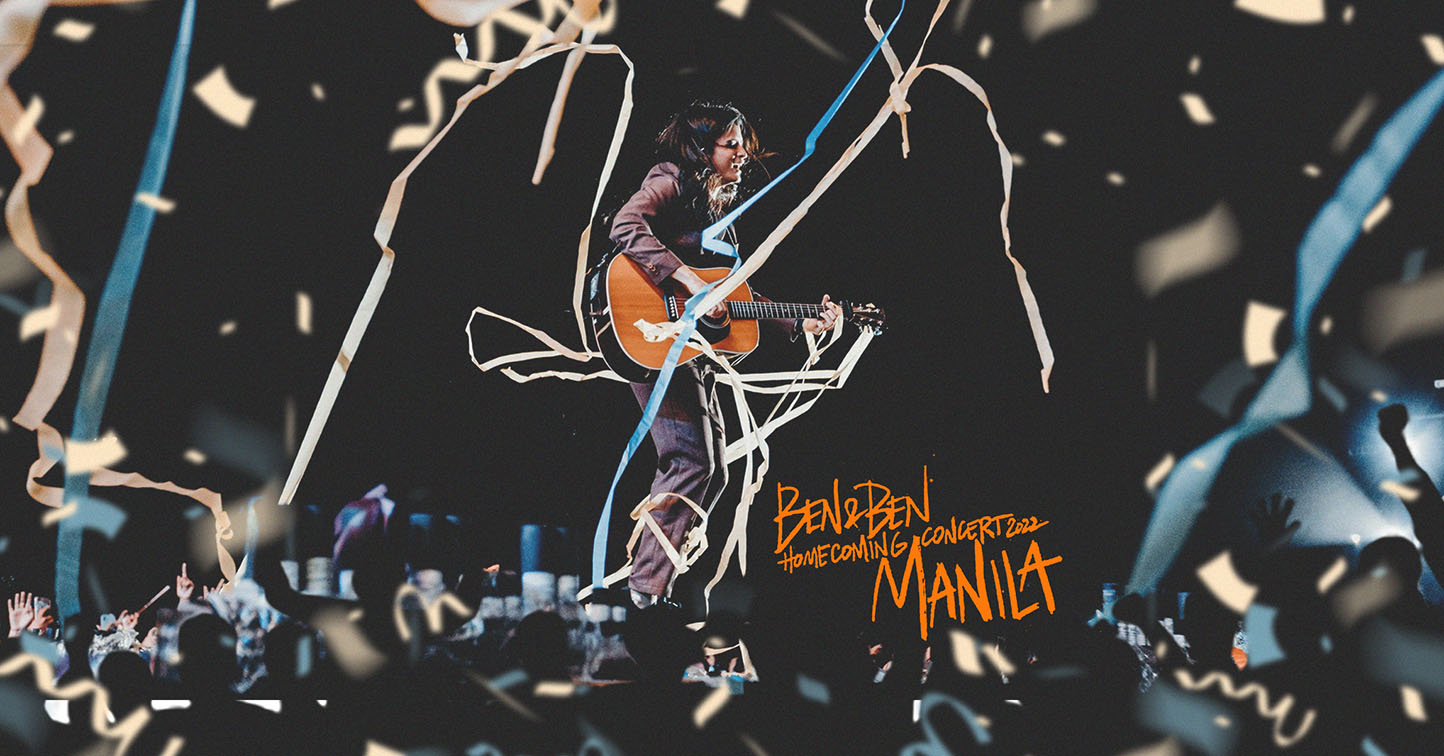 Ben&Ben Flared A Sea Of Liwanags For Their “Homecoming”

The Ben&Ben “Homecoming” concert flared a sea of Liwanags at SMDC Concert Grounds last December 18, 2022. It brought roughly around 65,000 fans who sang to their hits and lighted the venue.

“Homecoming 2022″ was the event that took place for Ben&Ben’s supposed September 2022 “Send-Off Concert” at the CCP Grounds. However, it was cancelled because of bad weather.

Ben&Ben’s “Homecoming” concert was their way of paying tribute to their Filipino fans—known as “Liwanags”—after touring North America.

Clara Benin served as the front act of the show, serenading attendees with the songs “Parallel Universe,” “Be My Thrill,” and “Araw’t Gabi.” After her set, a video was played, showing the places that the band has toured over the years.

Ben&Ben then played their hits such as “Bibingka,” “Maybe The Night,” and “Upuan.”

Apart from the hits, the Liwanags in attendance were also lucky enough to hear an unreleased track for the first time, which was titled “Comets.”

However, there were some concertgoers who expressed dismay on social media over the inconvenience they have experienced during the “Homecoming” concert, including long lines, heavy traffic, and long waiting times.

This was my very first time attending a concert but I wasn’t expected this very unorganized concert. Iisang pila for all which is meron dapat designation per ticket purchased, so ang pila from MOA Arena and 4 na ikot pic.twitter.com/QVVbuFyMwI

Two days later, on December 20, Ben&Ben issued a public apology regarding the “stressful experience” that the Liwanags had during the “Homecoming” concert.

Part of the statement reads: “We’d like to sincerely apologize to those of you who had a deeply stressful experience with the queuing, the entry into the venue, and the general gaps in the organization of the event.”

The band also added that moving forward, they will be more “vigilant” in terms of planning and preparations for their events so that no similar situations will happen again.

Ben&Ben ended their statement mentioning that they are still thankful for the support of their fans during the concert.

Ovation Productions, the producer of the event, also issued a statement, explaining the situation that caused the inconvenience that happened during the concert.