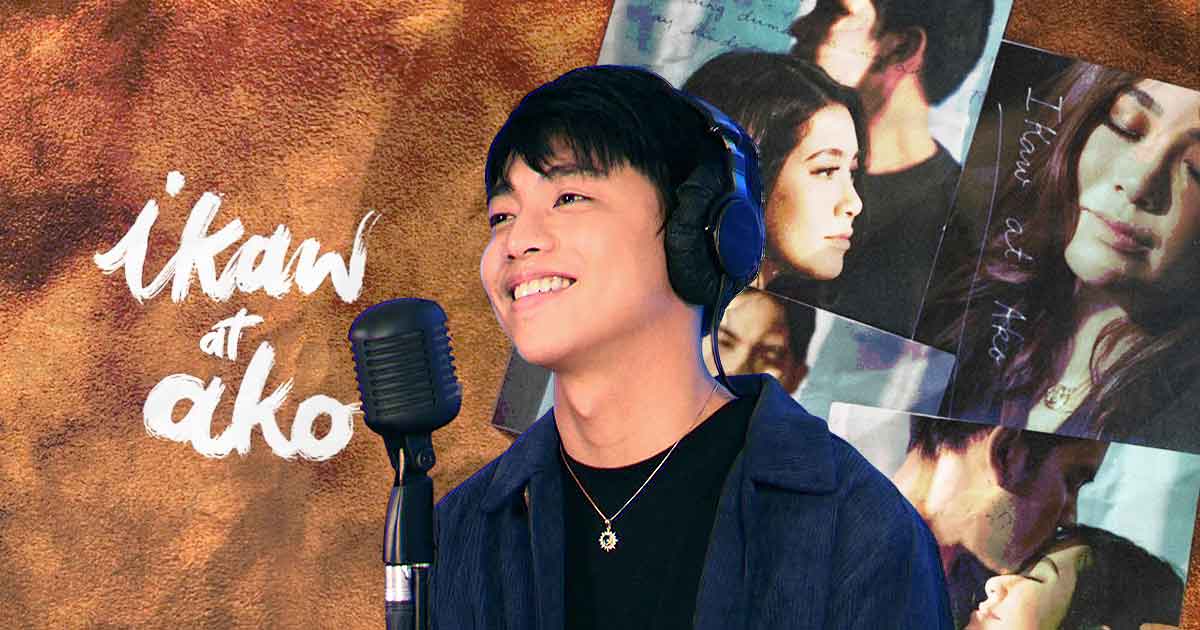 He showed off his vocals to full effect.

Singer-songwriter Moira Dela Torre is a hot topic these days. That’s why One Music PH’s decision to have Benedix Ramos cover one of her hits was a prescient move. The Pinoy Big Brother Kumunity Season 10 alum’s “Ikaw At Ako” video has since earned thousands of views.

“It was a great experience,” Benedix says. “I filmed it in the morning so I was very worried about my vocals that time. Being in the studio was also quite overwhelming. I knew a lot of well-known artists and singers have performed there already. But I had fun!”

Benedix says he has been singing for as long as he can remember. “When I was a kid, lagi akong pinapakanta sa mga karaoke. That was how my family discovered I can sing. Sila actually ang tumulong sa akin para ma-realize ko yun. After that, sineryoso ko na ang pagkanta. I sang ‘Bakit Pa Ba’ by JayR in my first-ever singing competition in elementary school.”

He says Gary Valenciano and other OPM icons are his biggest musical inspirations. That’s why he still finds it surreal that he gets to share the ASAP Natin ‘To Stage with them from time to time.

Benedix Ramos opens up about his dreams

Aside from singing, Benedix has also dipped his toes into acting since his Pinoy Big Brother days. He joined the cast of the Loisa Andalio-Ronnie Alonte teleserye Love in 40 Days. He plays a ghost named George Casimiro. His co-stars include Chienna Filomeno, Renshi de Guzman, and Vaughn Piczon. Showbiz vets Janice de Belen, Leo Martinez, and Mylene Dizon round out the cast.

Benedix is fresh off a stint as the Quizmaster on the Kumu game show Quiz Mo ‘To. He’s very grateful for all the breaks that have come his way in such a short time. But he already knows what he wants to do down the road.

“For now, I want to focus on being an actor, host, and singer. But I dream of becoming a director someday. I want to be able to inspire more people through storytelling.”

If he keeps going at this pace, he’ll definitely achieve that dream sooner rather than later.