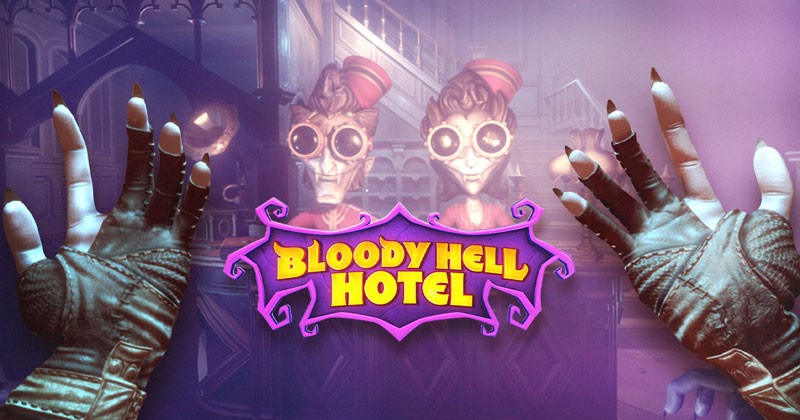 It’s a first-person horror game inspired by Stardew Valley and The Sims.

Bloody Hell Hotel is a farming and management sim game. True to its name, it can get a little bloody because you can eat your guests, but that’s not all there is to it.

It’s a much darker Hotel Transylvania, except it’s a game instead of a film. You’ll be managing a hotel and accomplishing a few other side-quests along the way.

The features of ‘Bloody Hell Hotel’

Since it’s a first-person game, you’ll be playing a vampire who owns a hotel. Some of the tasks you’ll have to tackle are fixing up the hotel and growing your own food.

You’ll also be dungeon-crawling and fighting monsters. You’d need to get them out of the hotel for you to accommodate guests. All your employees are vampires like you, NPCs that exist to help you manage the hotel.

Since you’re tasked with hotel renovations, you’ll also be replacing floors and wallpaper. Cleaning rooms, patching up holes, and placing furniture are also part of the job.

With the help of zombie animals in the hotel, you’ll be able to farm for meat, milk, and other crops. But of course, you can also farm the human guests.

But if you’re new to the game, it’s not advisable to eat the guests immediately. They are the ones providing the hotel’s cash flow, and if you eat one guest too many, you might run out of cash early.

The game’s new take on farming and management

The game doesn’t have a storyline, which means that the player is pretty much free to do anything. They can build the hotel according to their liking, and take on tasks whenever they like.

Guests aren’t just guests, they have personalities too that might affect the game. Playing Bloody Hell Hotel is not as easy as it sounds, but the gameplay more than makes up for it.

It’s not yet available to download, and there is no release date yet, but you can put it on your wishlist on Epic, GOG, or Steam.

Unfortunately, there’s no news on whether it will be available to play on consoles or not.