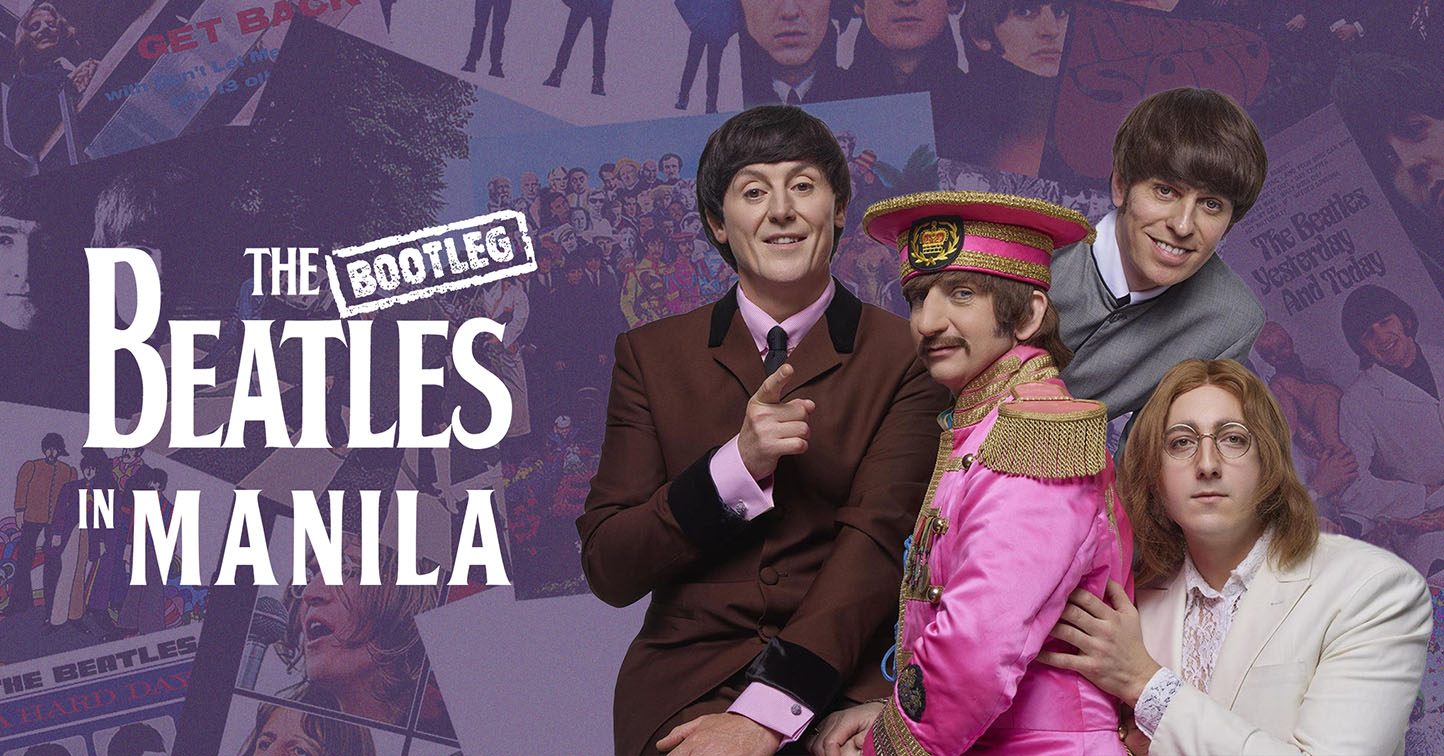 The Bootleg Beatles Expressed “All Their Loving” to Pinoys

The cover band communicated in Filipino!

The Bootleg Beatles rocked Manila when they performed at the Philippine International Convention Center (PICC) Plenary Hall in Pasay City last October 30. Fans from different age groups relived classic songs from The Beatles. The cover band did two sets worth of the original Fab Four’s music.

The Bootleg Beatles is composed of Steve White (Paul McCartney), Stephen Hill (George Harrison), Tyson Kelly (John Lennon), and Gordon Elsmore (Ringo Starr). The band is known for its striking resemblance to the original Fab Four. They were formed on the West End musical Beatlemania Now, which promised “note-for-note renditions of Beatles’ classics.” Aside from the usual suspects, the show also included songs the band never performed outside recording studios.

The Bootleg Beatles’ first set was composed of songs the Fab Four wrote while still up-and-coming artists from Liverpool. The audience enjoyed their covers of the hits “A Hard Day’s Night,” “All My Loving,” “I Wanna Hold Your Hand,” and “Please Please Me.”

The Manila show opened with a special set to commemorate the 60th anniversary of the Please Please Me LP, which spawned other timeless hits such as “I Saw Her Standing There” and “Twist and Shout.”

As they quickly changed their costumes, a transitional video about the 1970s rock n’ roll played on the screen. It ended with a clip from Abbey Road Studios. Then they braved the stage again with another set, which featured “Come Together,” “Don’t Let Me Down,” “Here Comes The Sun,” “Hey Jude,” and “OB-LA-DI, OB-LA-DA.”

The group’s last song was supposed to be “Hey Jude,” but the audience asked for an encore. Because they loved the Filipino crowd so much, they obliged their fans and performed two more songs: “Rock and Roll Music” and “Yellow Submarine.”

RELATED The Bootleg Beatles To Perform In The Philippines This October

The Bootleg Beatles live in Manila is presented and made possible by Concert Republic. After playing in Manila, the band will fly down under for their Australia tour.