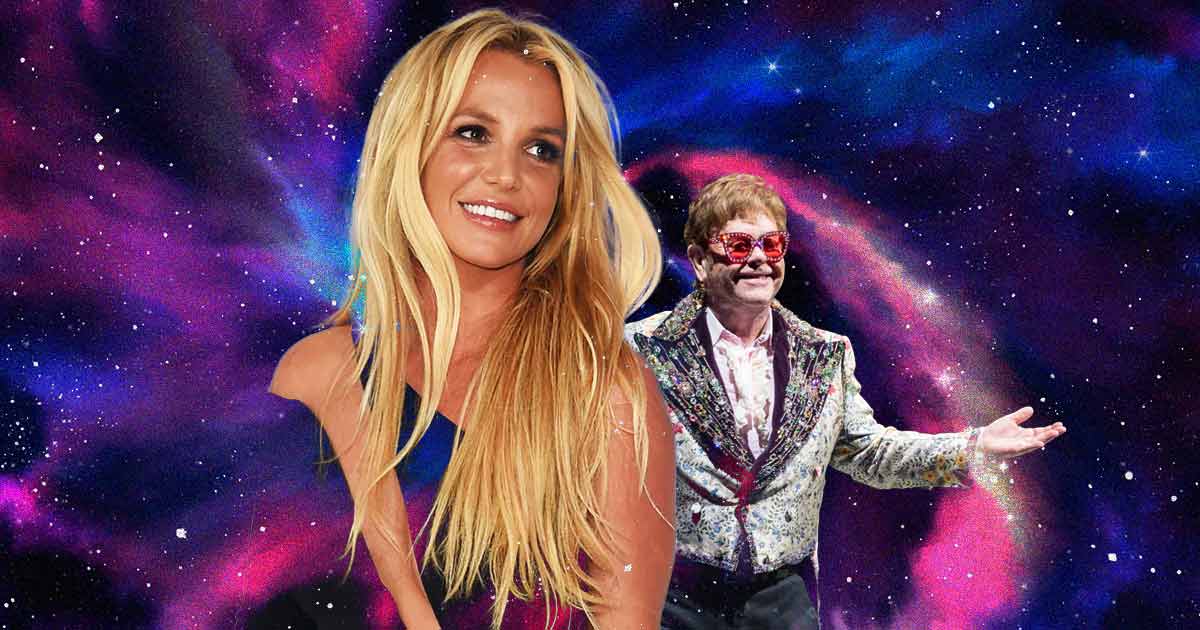 She can finally do things on her own terms.

The rumors are true: Britney Spears is set to release new music with Elton John.

Their respective teams debuted the cover art for “Hold Me Closer” in a press release. John also posted the art on Instagram. It features a rose emoji for Spears and a rocket for John. This collab marks Spears’s first release since 2016. That was the year Glory and its lead single “Make Me” came out.

“Hold Me Closer” is a reworking of John’s 1971 hit “Tiny Dancer.” It’s similar to John’s “Cold Heart,” which the rock legend did with Dua Lipa. Produced by Australian dance music trio PNAU, “Cold Heart” mashes up some of John’s biggest hits. PNAU used “Kiss the Bride,” “Rocket Man,” and “Sacrifice.” They also threw in the lesser-known “Where’s the Shoorah?” from John’s 1976 album Blue Moves.

“Cold Heart” became the lead single from John’s latest album The Lockdown Sessions. It dropped in 2021 and became his first No. 1 single in the UK in 16 years. “Cold Heart” also found success across the pond. It topped Billboard’s Adult Contemporary chart in May.

According to reports, Spears met with John in a Beverly Hills studio last month to lay down vocals for the song. Grammy Award-winner Andrew Watt produced “Hold Me Closer.” Watt is best known for his work with Justin Bieber, Miley Cyrus, Ozzy Osbourne, Pearl Jam, and more.

Spears is on top of the world right now. Aside from the fact that she has new music on the way, she’s also free—finally!

She was under a conservatorship for over a decade. But after her explosive testimony last summer, she retained Matthew Rosengart. Rosengart, a powerful lawyer, got her out of the conservatorship. Spears is currently in a legal battle with her father and former business manager. She accused them of abusive behavior while they were in control of her affairs.

Since the conservatorship ended, Spears has been making the most of her freedom. Aside from going on vacation and taking her first sip of alcohol in years, she finally got married. Spears had been dating actor and model Sam Asghari since 2017.

They finally tied the knot on June 9 in Los Angeles. The wedding took place at Spears’s home, in front of around 60 guests. The guest list included Drew Barrymore, Madonna, Paris Hilton, and Selena Gomez. None of Spears’s relatives were in attendance. Her big brother Bryan was reportedly invited but didn’t show up.

Spears walked down the aisle to Elvis Presley’s “Can’t Help Falling In Love.” She wore a custom-made wedding gown designed by none other than Donatella Versace.

Spears made her mark in the late 90s and 2000s with highly-choreographed routines. She’s been dancing since she was a kid, and she won her first talent show at six years old.

Aside from her new music, Spears is also working on a memoir. She signed a $15 million book deal in February.