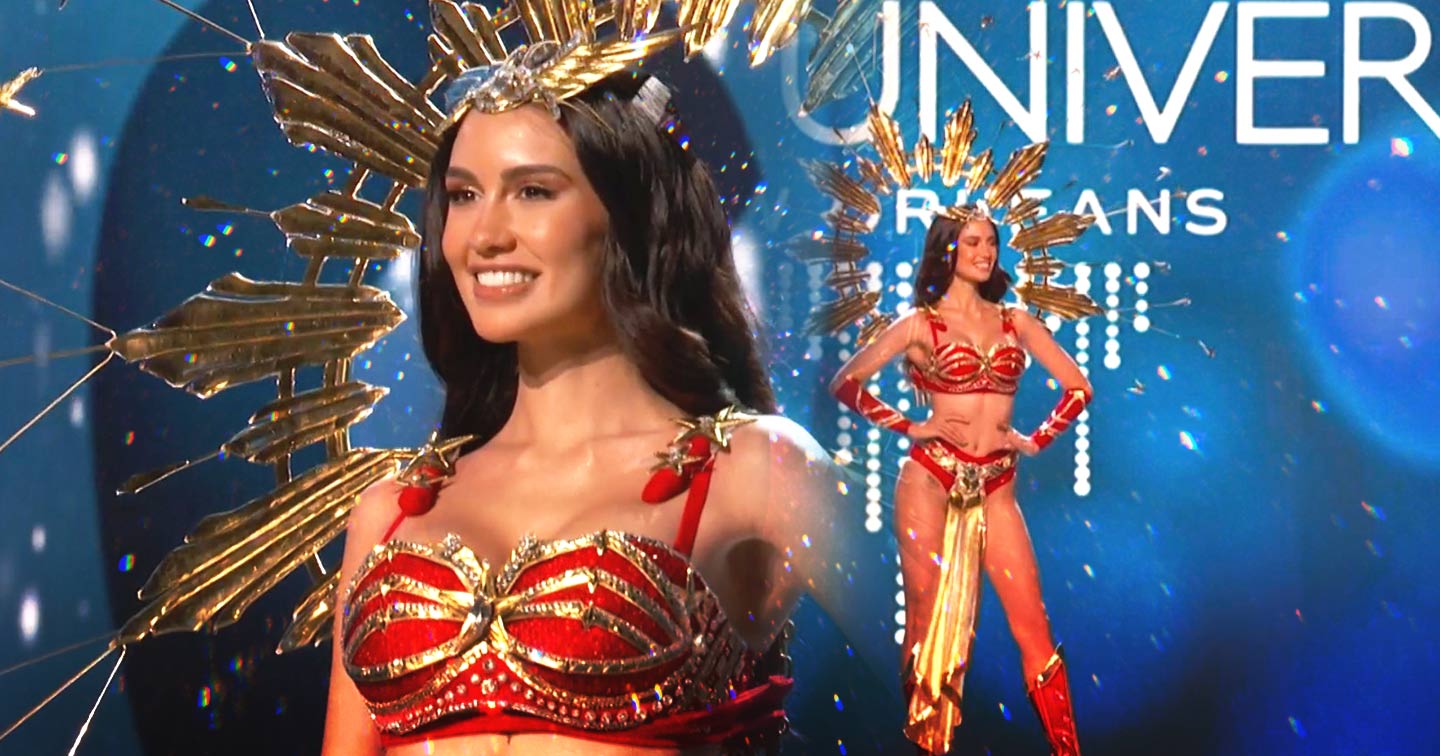 “Have no fear” as Celeste Cortesi becomes Darna for her national costume!

Cortesi is one of the 84 candidates who took part in the National Costume show, showcasing their countries’ history, legends, and pop culture.

As Cortesi walks donning the Darna costume, a voice over narrated the superheroine’s significance in Pinoy pop culture: “Darna is the ultimate Filipina superhero and part of this country’s pop culture. She transforms from an ordinary woman with the help of a white stone, standing up for those who cannot defend themselves. Have no fear ’cause Darna is here in the Philippines.”

ABS-CBN currently airs its TV adaptation of “Darna.” The family of Darna’s creator, Mars Ravelo, expressed its gratitude and support for Cortesi through a program statement by JRB Creative Production, the unit helming the “Darna” series.

It reads: “We are proud of Miss Universe Philippines 2022 Celeste Cortesi for championing Darna on the world stage through the 71st Miss Universe national costume competition.

“The Ravelo family extends their full support, gratitude, and excitement for the opportunity to show Darna to a global audience through our country’s official Miss Universe representative. We hope that, like our beloved Filipino superheroine, Celeste will continue to serve as a source of inspiration and empowerment for women all around the world.”

The 71st edition of Miss Universe will be held on January 14, 2023 (January 15, Manila time) in New Orleans, Louisiana, United States.