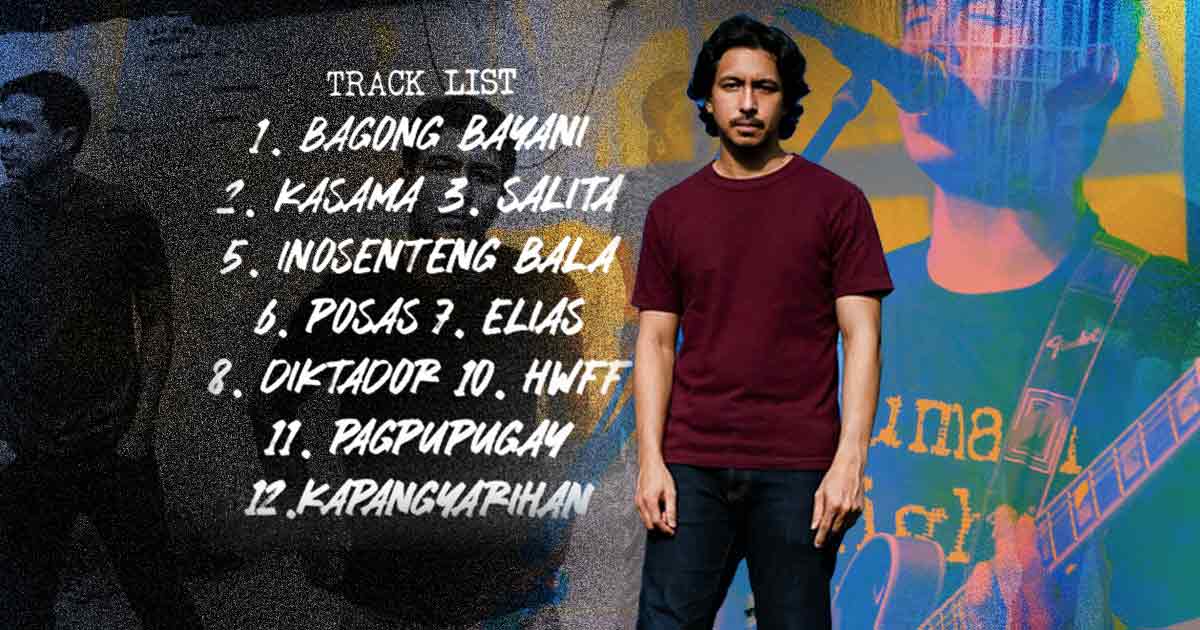 Pochoy Labog and company stayed true to their political roots on this album.

A year after dropping its last record, Dicta License is breathing new life into Pagbigkas. The band recently released their socio-political masterpiece on vinyl.

Pagbigkas is about the band’s dislike of the Duterte administration and its policies. Aside from the Anti-Terror Law and the drug war, the band decries its botched response to the pandemic. They used heavy guitar riffs with ethnic grooves to deliver their message. They embellished progressive battle cries with electronic beats.

Dicta License also collaborated with artists who share their disenchantment with the government. Those artists include Ja Quintana, Saab Magalona-Bacarro, and Mich Dulce.

However, their frontman’s experiences are front and center on Pagbigkas. In an exclusive FreebieMNL interview, Pochoy Labog said he wrote about things he heard and saw on the job. Since the band debuted with the album Paghilom in 2005, Labog became a lawyer. He went on to join a nonprofit that supports the rights of indigenous people.

These days, Labog works with the Business and Human Rights Resource Center. He’s also more aware of the struggles faced by those from vulnerable sectors of society. That awareness is evident in every single song on Pagbigkas.

Labog says Pagbigkas is more mature compared to their first album. “Nasa law school pa lang ako when we recorded Paghilom. May social consciousness na ako noon, but it was nothing compared to now.”

(“I was in law school when we recorded Paghilom. I already had a social consciousness back then, but it was nothing compared to now.”)

Labog’s heightened social consciousness fuels his desire to speak up. But doing so is riskier nowadays, especially when you’re taking aim at the government. That said, Labog refuses to let the current socio-political climate faze him.

“It would be a sin of omission to not take a stand since our band’s name means ‘license to speak,” he says.

Pagbigkas is currently available for streaming. For a better listening experience, buy it on vinyl from Backspacer Records. Songs like “Bagong Bayani” and “Inosenteng Bala” hit different in that format.