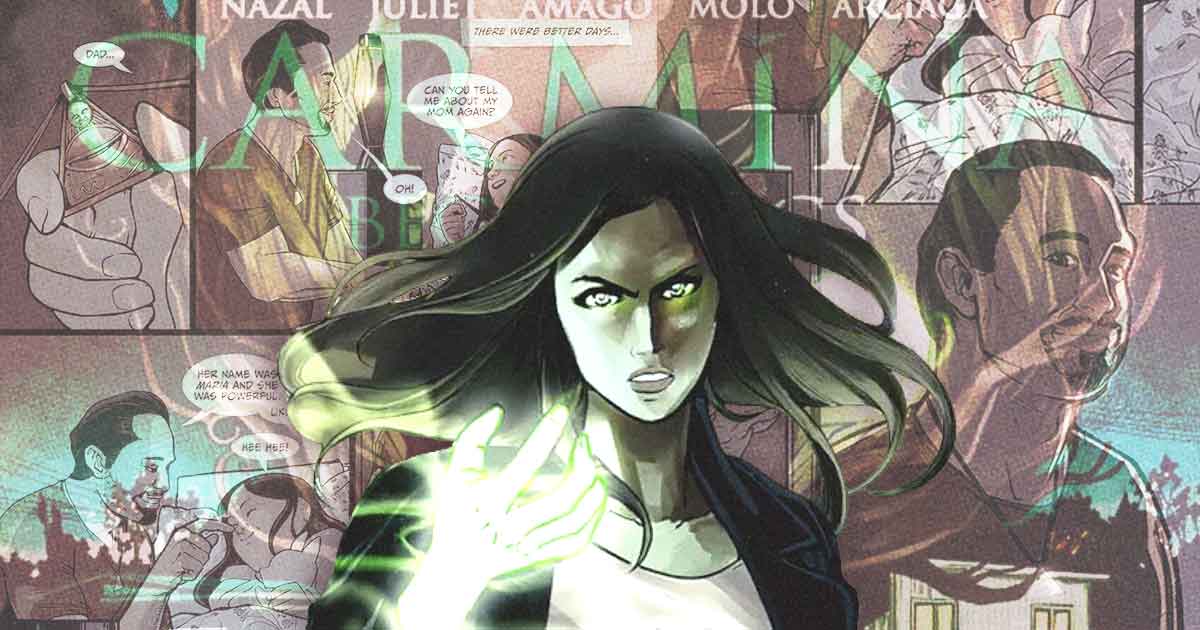 Our resident supernatural creatures are States-bound!

In an age of media where monsters and creatures from Philippine folklore are all the rage — as certifiably shown by Trese — Los Angeles-based Diwata Komiks is looking to spearhead the movement in the States, starting with the launch of its cross-cultural supernatural story Carmina: A Filipino-American Urban Mythology.

A first in a slate of titles fueled by supernatural fiends of local lore,  Carmina tells the story of a troubled biracial young woman living in a New Mexico trailer park who discovers that she comes from a powerful lineage of diwata (a benevolent dryad) and is a daughter of a dominant goddess.

Diwata Komiks is founded by a community of artists led by writer and filmmaker Mark Anthony Nazal, who won an EmmyÂ® for Outstanding Special Visual Effects in a Supporting Role in 2017 for the show “Gotham,” with the help of actress, writer, and producer Erica Juliet and community advocate and producer Joe Arciaga.

United by their common passion for art and storytelling, Diwata Komiks hopes to offer accessibility by pushing to the fore stories from Philippine mythology and by “introducing a new world of gods and monsters” to new sets of eyes.

“We believe there is a space for these stories today with an ever-growing population of Filipino-Americans looking to see ourselves represented in our own narratives and a new generation of international readers looking for new sources of lore,” said Arciaga, Diwata Komiks’ Director of Sales and Community Engagement, in a press statement.

In line with Filipino-American History Month, Carmina Issue #1: Beginnings launches this October 30, with pre-sale of physical and digital copies currently ongoing at $5.99 (about P300).

The comic series’ debut is set to take place at the Philippine Expressions Bookshop in San Pedro, California. It will be held in partnership with cultural organizations FilAm Arts and The Filipino-American Chamber of Commerce of Greater Los Angeles.