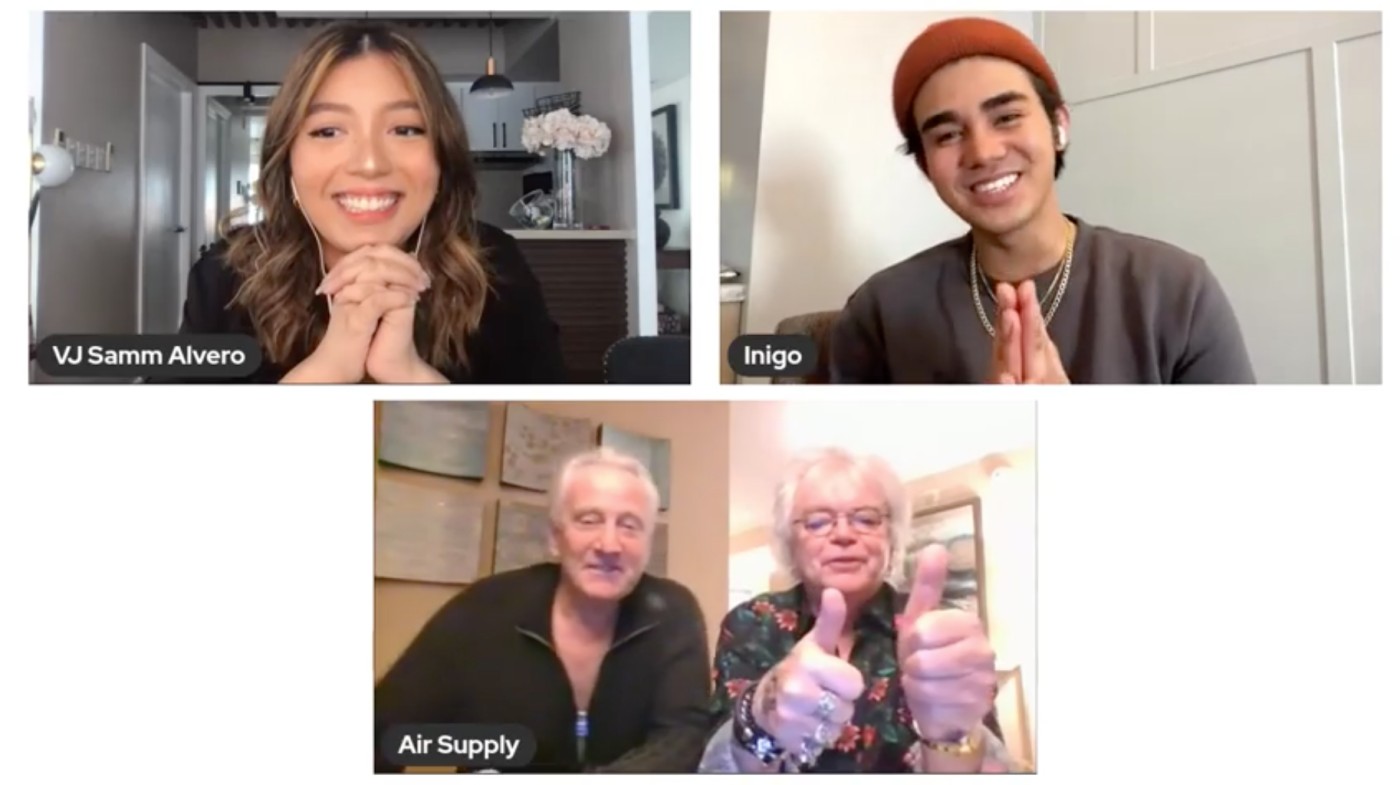 The idea of meeting your hero may seem like an unreachable dream – much less when it’s someone you never thought you’d meet during your time on earth. But hey, that’s exactly what happened to Inigo Pascual who got the surprise of a lifetime from Air Supply.

The 23-year-old singer – who has been making waves in the international music scene – graced an interview with local music channel MYX as he gears up for the release of his rendition of English soft rock duo Air Supply’s “All Out Of Love” which comes out tomorrow, February 5.

As soon as Inigo regained his repose following the surprise that left him astonished, the international pop urban singer said: “Oh my gosh, this crazy. It’s nice to meet you guys.”

After finding out that the members of Air Supply have already listened his version of the 1980 hit, Inigo said: “I am out of words right now, I don’t even know what to say.”

When asked what he felt when he was told that he would have the opportunity  to record his own rendition of the iconic song, Inigo said he didn’t think twice about doing it.

“It was an automatic yes for me when it was presented to me. Honestly, I am freaking out that I am talking in front of them. I grew up listening to their songs, especially ‘All Out of Love’,” he said.

He added: “It’s just part of our blood. We know the lyrics to it. Even if you didn’t grow up in that generation, it’s part of our culture. I am very grateful.”

Graham, for his part, said he’d love Inigo to join them on stage, next time they visit the Philippines.

“That’s very kind. We’re very happy that you’re able to record it, but maybe when we come to the Philippines next time, you can sing it with us on stage,” he said.

Meanwhile, Russell said he finds it both a compliment and an honor that new generations of artists continue to come out with their own renditions of the classic song.

“I think it’s a great compliment to Graham’s songwriting abilities. Of course to know that we have millions of fans in the Philippines, it’s always great to be over there,” Russell stated.

He went on: “I think your reaction there in the Philippines is stronger than anywhere in the world. We do appreciate that. Especially this year, we’re gonna be 46 years together on the road.”

“To have this response, and artists performing our songs, it’s unbelievable. It’s a real honor for us,” he continued.

Air Supply rose to fame in the 80s and have released various hits throughout the years including “Making Love Out Of Nothing,” “Having You Near Me,” and “Here I Am.”

Inigo, on the other hand, is known for his songs “Dahil Sa’Yo” and “Catching Feelings.”