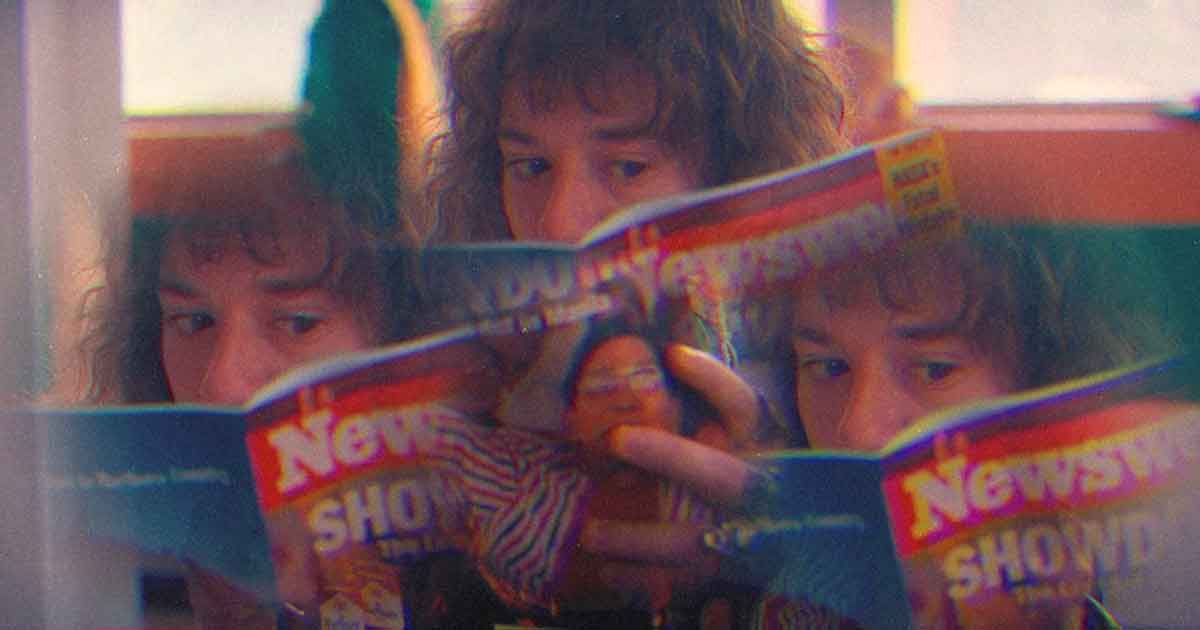 When Stranger Things 4 dropped, a scene from the season premiere threw Filipinos for a loop. It featured Eddie Munson (played by Joe Quinn) reading an issue of Newsweek magazine. One that featured Ferdinand Marcos Sr. on the cover.

In the scene, Eddie read aloud an article on a role-playing game billed as “The Devil’s Game.” Meanwhile, the camera panned across the late dictator’s photo on the magazine’s cover. Watch the scene in question below.

As you can see, the cover story of the magazine Eddie is reading from is “Showdown: The Last Act in Manila.” A quick internet search reveals that Newsweek magazine did run a story with that title in 1986. It detailed Marcos Sr.’s last days in office before the EDSA People Power Revolution. See a page from the story below.

But the Stranger Things team made some changes to the cover. The original featured a close-up shot of a brooding Marcos Sr. in formal attire. The Duffer brothers used a photo of the late dictator smiling and throwing up a peace sign.

Dictator Ferdinand Marcos appears on Stranger Things Season 4, in a Newsweek cover, while a character talks about satanic worship, etc.

This isn’t the first time the Marcos family has “appeared” in foreign TV shows. But most of their previous appearances featured Marcos Sr.’s wife Imelda.

According to this article, the scene referenced something that actually happened.

The former First Lady was also mentioned in a Gilmore Girls episode. It was episode 13 of the show’s seventh season, titled “I’d Rather Be in Philadelphia.” In one scene, Rory Gilmore says her grandmother’s shoe collection rivals Imelda’s.

Imelda’s collection was also mentioned in the British sitcom Ideal. When a character tried on hundreds of shoes, their friend joked they had been “possessed” by Imelda.

Stranger Things is a supernatural drama set in the 1980s. It became an instant hit for Netflix when it premiered in 2016.

Since its release, the show has earned 175 nominations from award-giving bodies, 65 of which it won. Season four’s first volume went live last May 27. It currently holds the record for Netflix’s biggest weekend premiere. According to Netflix, it racked up 286,790,000 hours’ worth of viewing time during the week of May 23-30. It beat Bridgerton season two’s record by almost 100 million hours.

The second volume of season four will follow on July 1. A fifth season is on the way, which will be the show’s last.