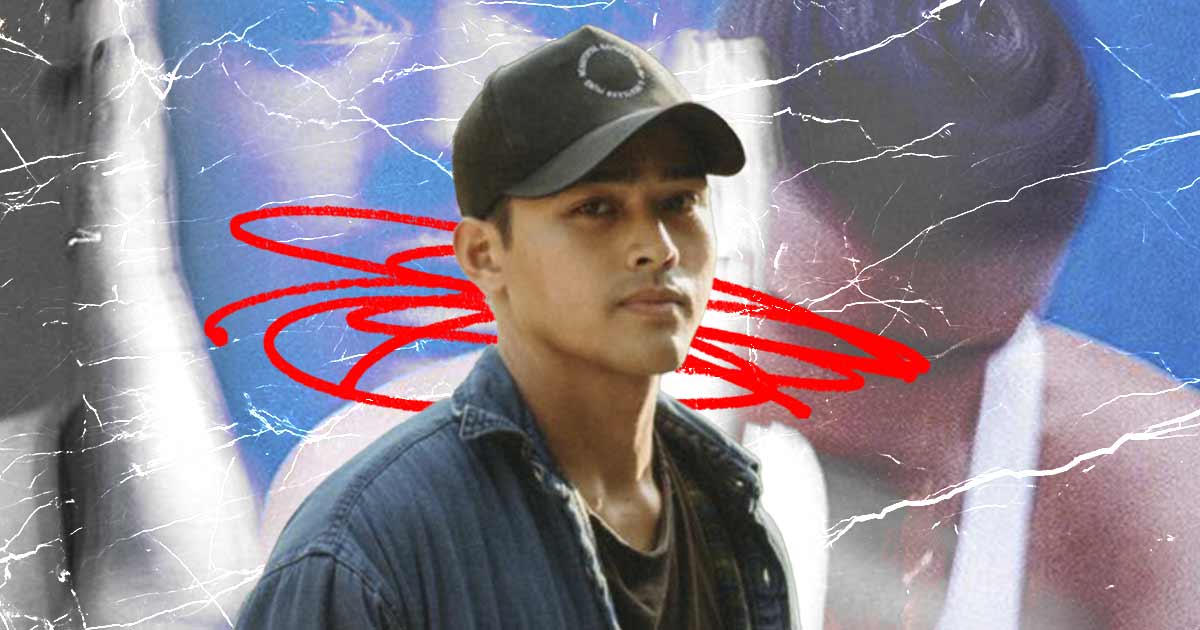 He’s not afraid to be vulnerable.

This year, Francisco Martin made his first trip to the Philippines. While in his parents’ homeland, he did a couple of big things. He met his Filipino fans and performed in the 2022 Miss Universe Philippines pageant. He also set foot on the ASAP Natin ‘To stage, where he promoted the upcoming season of Idol Philippines.

“Be like a horse with blinders,” he said when asked if he had any advice for would-be contestants.

Francisco knows whereof he speaks. After all, he made it to the finale of American Idol in 2020. Season 18 was historic because it aired at the height of the COVID-19 pandemic. All the finalists had to leave Los Angeles right after Hollywood Week for their own safety. They ended up filming the rest of the season from their own homes.

“It would be kind of an understatement to say that I missed out,” Francisco says of the experience. “We were all so tired from having to dress, film, and set things up ourselves. No one was thinking about winning anymore. I definitely feel like the outcome could’ve been different had the season not been remote.”

In season 19, some of the previous season’s contestants came back for another shot at the title. Francisco wasn’t one of them. In an exclusive interview with FreebieMNL, he explained why he passed on returning.

“I’m signed to a label,” he says. “I had already done what I set out to do. I have a supportive team behind me and I have my own music out. If I left my label I could’ve gone back, but I didn’t want to do that. But I’m grateful to Idol for giving me a platform. I’m here because of it.”

These days, Francisco is busy writing, recording, and dropping his own material. Many of his songs revolve around his ongoing battle with anxiety and depression. He acknowledges that it’s not easy to be vulnerable. He only does it because American Idol opened his eyes to the fact that his openness helps others.

“I thought people would make fun of me for being anxious on the show. I was stuttering and sweaty. But people resonated with me. I realized I wasn’t alone. That was when I started writing about my mental health. I’ll never stop doing that. Artists have high highs and low lows. To go up and down like that every day is tiring. It’s a whirlwind of emotions. How can I not write about that?”

One of his new songs is “Nobody Listens to Me.” He says it’s about a recent fit of depression. As Francisco tells it, he was “so pissed off at the world” when he wrote it. He describes the process of recording it as “a wild night.”

“I was sitting in my apartment, feeling sad about my numbers. I felt like nothing. All I wanted to do was lie on the couch and drink beer,” he recalls. “But my friend showed up for a writing session. I said, ‘I’m not going to work on music. Nobody listens to me.’ He replied, ‘Write about that.’ I thought for a minute then said, ‘OK.’ We finished it in one night. I messed up my studio. I screamed into a microphone and I shoved guitars into the speakers. It was cathartic.”

Francisco Martin and his main goal

The song is brasher than anything else in his catalog. Its sound is a preview of sorts for his upcoming EP, which is due out later this year. He says it’ll still have a pop sensibility to it, but it’ll be very different from his previous efforts.

“I’m calling it Manic. It’s about the manic energy I get from making music. The track list tells the story of my life over the past few years. Nowadays I’ve been more intense when it comes to my art. ‘Nobody Listens to Me’ was a departure for me, but it needed to be that way. Artists have to evolve. If you don’t, you’ll end up pigeonholed and that’s not what I want.”

Francisco is planning to build a career in the Philippines and the US. He wants to use his art to battle Anti-Asian Hate in his own small way.

“Growing up Filipino and going to all-white schools, I definitely felt different. When I got signed and started meeting new people from different walks of life, I felt super out of my element. I almost felt afraid to be in rooms with people who didn’t look like me. At the same time, I took that and embraced who I am. I’m American and I’m also Filipino by blood. Merging those sides of me creates a hybrid. That’s my main goal, to create a new thing. Also, as an artist, I have to be an advocate. I have to be outspoken. That’s how I can bridge the gap,” he says.