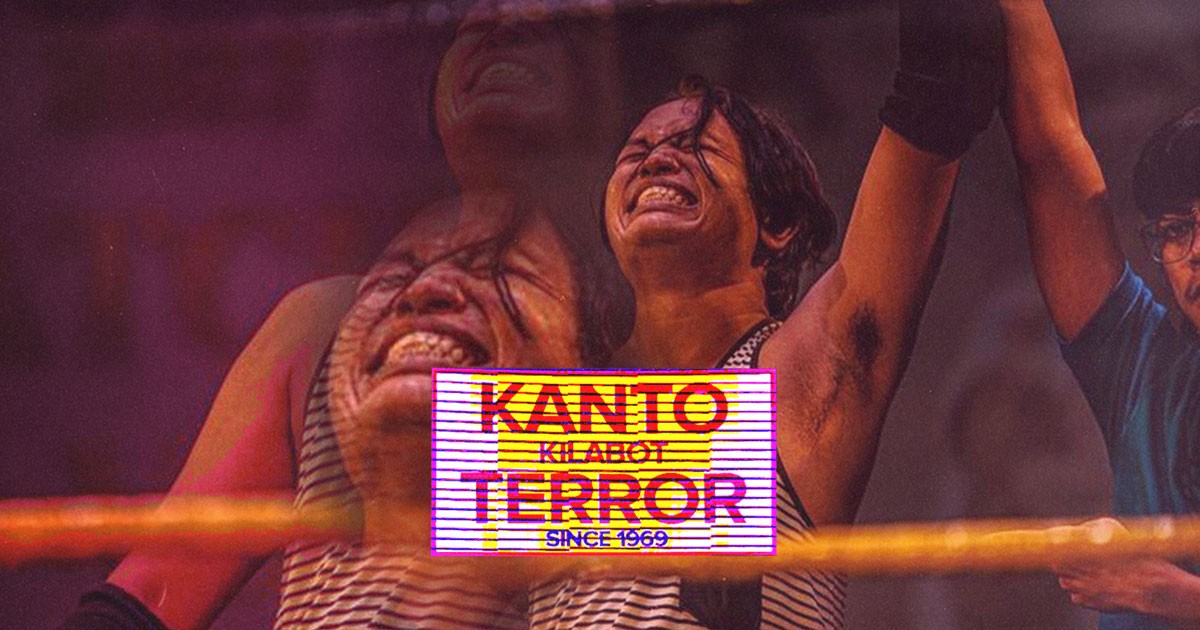 From the streets to the ring, chug a shot of his life in this exclusive!

A normal drinking session in the Philippines involves a bottle of local brandy and a speaker ready to blast The Teeth’s “Laklak.” At least according to the Filipino wrestler dubbed Kanto “Kilabot” Terror (KT). When he’s in the Manila Wrestling Federation ring, he’s known as a “drunken tambay” who howls. That means he can kick ass while chugging alcohol.

We asked him if he’d like to have a virtual interview. Kanto Terror believes it’s important to spread the word about Philippine pro wrestling. So he said yes without hesitation.

Born Angelison “Ace” Victor, he was five years old when he first got into wrestling. He loved watching the WWF in 1987. His idols were Hulk Hogan, Iron Sheik, and Marty Jannetty. He dismisses Shawn Michaels. Characters, fights, and storylines captured his interest.

Even though he plays other sports, watching wrestling became part of his routine. In high school, he and some friends imitated wrestling moves. Then Stone Cold Steve Austin came to prominence. That’s the time when his hobby became a passion.

“I had a dream,” he says. “I wanted to revive local pro wrestling.”

The hopeful wrestler found his chance when one of his friends formed a Facebook group. It later became the Philippine Wrestling Revolution (PWR).

“This happened in 2014,” KT says. “Frankie Thirteen—who’s a local star today—and I had the same dream. Then we found out others had the same goal too.”

He explained how PWR was formed. “I trained even if I had a hangover. That’s where they got my character and pseudonym,” KT narrates. He adds that co-wrestlers noticed that his tipsiness often jives with his characteristics. So he embraced it. Now he’s known for drinking before entering the ring.

Don’t try this at home

The most iconic wrestling tagline tells us to “please don’t try this at home.” When asked how painful wrestling can be, KT tells us that an injury almost ended his career. This left him struggling to walk for two months.

The wildest thing KT did was in a hardcore match with Apocalypse. They hit each other with foreign objects. Also, the best moment for him was when he sprayed an opponent with insect repellent.

The wildest thing that happened to him? Getting drunk before a fight. His partner had to drag him to the ring.

Kanto Terror is an incredible performer

MWF Director William Elvin Manzano says KT is an incredible performer. He stressed that it’s not because KT’s one of the most relatable, but he performs well. Manzano also says he’s funny and engaging.

“He’s not as athletic as his peers. But his character work is so solid. As a writer, I don’t have trouble finding him something entertaining to do,” Manzano says.

For KT, his success secrets are being down to earth, conditioning his body, and obeying his coaches. To get fit, he plays basketball and works out at home. “Every wrestler has their own program,” he says.

RELATED Stronger Than Ever: WWE LIVE Returns To The Philippines

For your local wrestling fix, be sure to follow Manila Wrestling Federation. Their episodes are streamed via Aksyonovela TV and YouTube.