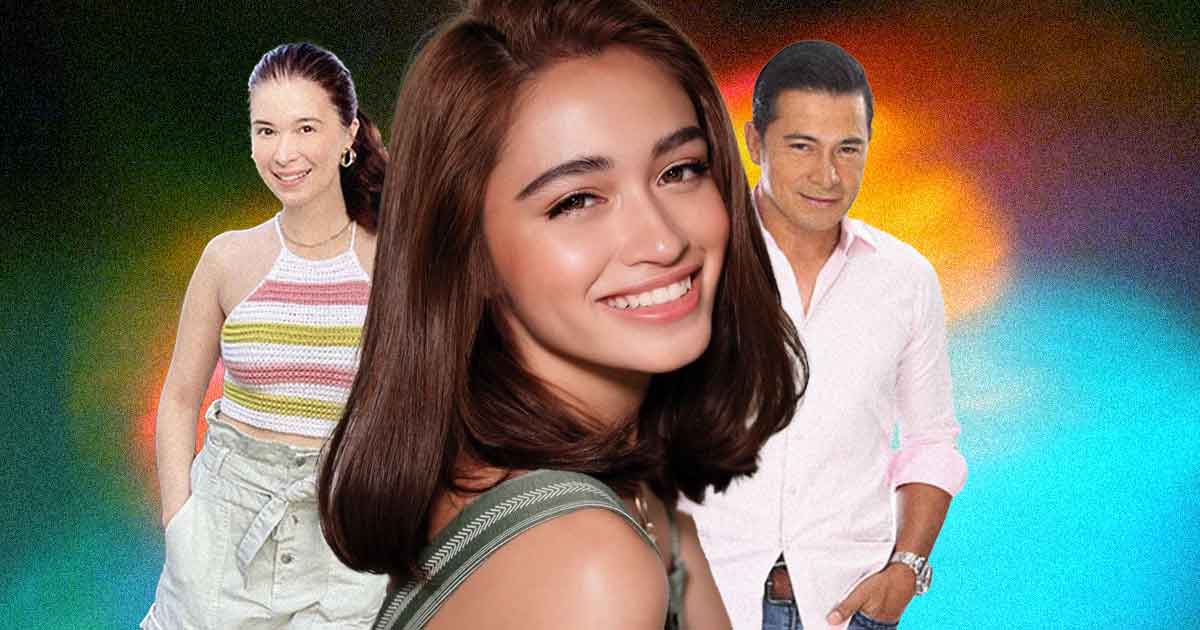 We sat down with her to talk about her music career.

Angelina Cruz is the total package: beautiful, sweet, and talented. FreebieMNL recently got the chance to ask her how things are going.

Angelina is best known for hits like “Ayoko Lang” and “Sumilong Ka.” She also collaborated with Inigo Pascual on “Paraiso.” Her latest single is another duet, but this time it’s with labelmate Timmy Albert. It’s titled “roses and sunflowers (together).”

Angelina is the eldest of three girls and the first of them to join showbiz. Her career began when she was 16 years old. She also happens to be showbiz royalty–her parents are Cesar Montano and Sunshine Cruz. Both earned major plaudits in their time, a fact that plagued Angelina for a while.

“I felt like I had to live up to people’s expectations. My parents have so many achievements.”

She got over the pressure with the help of her mother, actress Sunshine Cruz. Angelina says she wouldn’t have done as well as she has if the elder Cruz hadn’t guided her. Her mother told her not to pretend to be someone else.

“I learned to be myself because she told me people will like me for that,” Angelina says.

Now that she’s overcome that hurdle, she has her sights set on something else. She wants to prove that she’s not just her parents’ daughter by making her own name as a singer-songwriter.

“I do acknowledge my privilege to be the anak of artistas. I want to make the most out of it.  Not everyone has the chance to be where I am right now.”

“A more acoustic feel to the songs” is what she wants to incorporate in her future drops. She says she still wants her fans to feel the same vibe towards her songs.

As for music production, Angelina tells FreebieMNL that she knows how to play the ukulele. But she’s also learning to play other musical instruments, starting with the keyboard.

Angelina is with Universal Records. Her songs are available to stream on all major digital music platforms.