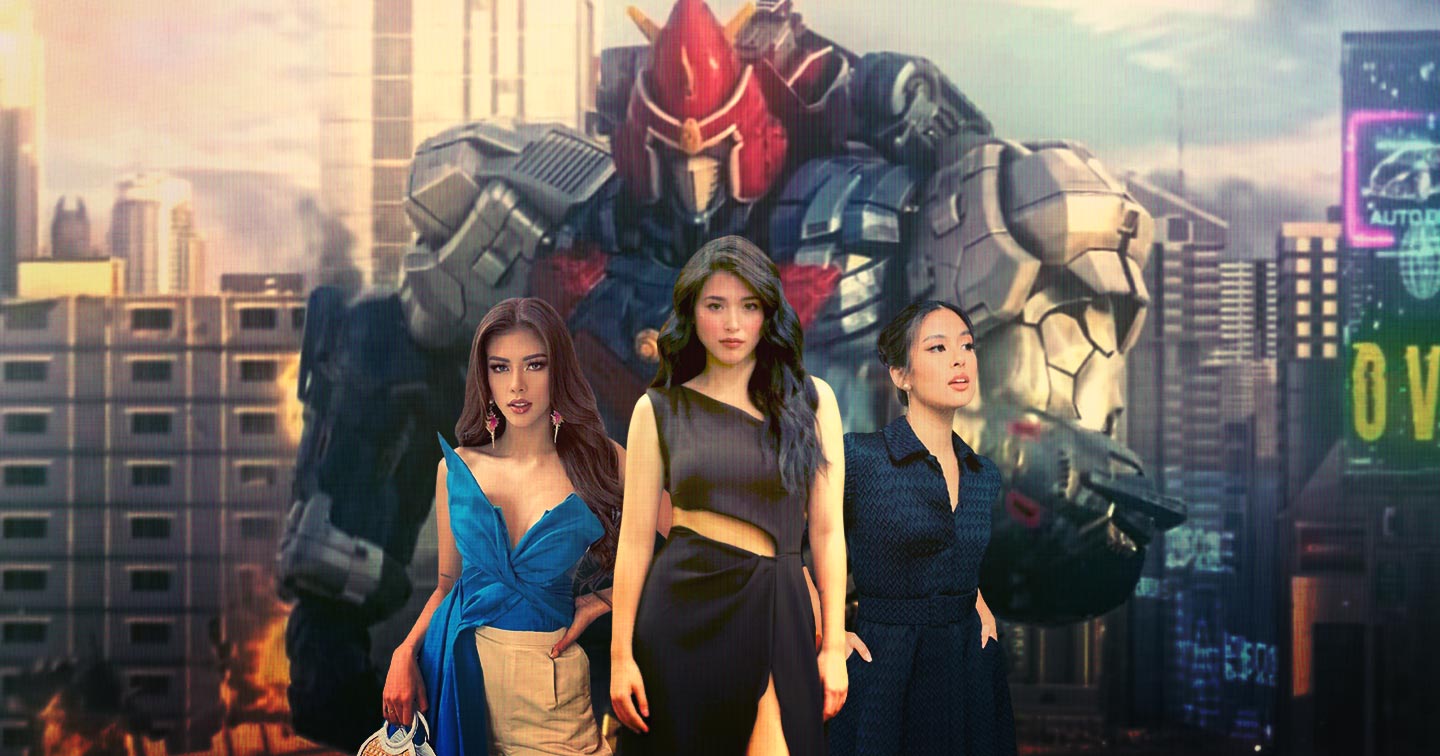 GMA Network has unveiled its offerings for television in 2023—from its Afternoon Prime dramas, Telebabad programs, and weekend shows, as well as new Asian drama shows and some local and foreign movies expected to premiere on free TV. Titles of these offerings were unveiled through an omnibus plug aired during the Kapuso New Year Countdown on January 1, 2023.

As expected, Kapuso stars are expected to headline these GMA offerings for 2023, including their A-Listers such as Glaiza de Castro, Ruru Madrid, Bianca Umali, Miguel Tanfelix, Kylie Padilla, Gabbi Garcia, Sanya Lopez, and Dingdong Dantes. Boy Abunda, who just recently made his Kapuso comeback, will headline his own show. The Kapuso Network will also give big breaks to fresh faces such as “StarStruck 7” First Princess Lexi Gonzales and “Wowowin” discovery-turned-beauty queen Herlene “Hipon” Budol.

GMA-7’s much-awaited live-action adaptation of the anime “Voltes V,” which is titled “Voltes V Legacy,” will finally make its way on primetime after almost three years of production. A full trailer was launched on December 31, 2022, showing some key scenes from the original show.

Mark Reyes V, the director of Kapuso ground-breaking show “Encantadia,” helms the series. The show is expected to air on the second quarter of 2023.

Luv Is: Caught In His Arms

The series will start airing on January 16, 2023 and might replace “Mano Po Legacy: The Flower Sisters.”

Xian Lim gets his first full-length series on GMA Network via the prime-time series “Hearts On Ice,” where he will be paired with Kapuso actress and real-life ice skater Ashley Ortega. Coming from its title, “Hearts on Ice” tells the story of a girl who pursues her dreams of being an ice skater despite her disability and standing in life.

“Hearts on Ice” is expected to air in the first quarter of 2023.

GMA Public Affairs’ first series this 2023 is titled “The Write One,” which will be headlined by real-life couple Bianca Umali and Ruru Madrid. Paul Salas and Mikee Quintos are also part of the upcoming series. The two couples have already done their photoshoot and look test for the primetime series, which will air in the first quarter of 2023. The story is about Liam (Madrid), a frustrated writer who is given another chance to write his love story through a mysterious typewriter.

On January 3, 2023, Padilla and Garcia started taping for the upcoming primetime series directed by Jorron Monroy.

Jennylyn Mercado and Xian Lim’s supposed 2021 series “Love, Die, Repeat” will finally air this 2023. The project was put on a halt after Mercado got pregnant and tapings had to stop. The project tells the story of a woman who had to experience the death of her husband over and over again. An airing date has yet to be announced.

Ruru Madrid’s successful 2022 series Lolong is set to make a comeback this 2023 for its second chapter, which now has the subtitle “Ang Luha ng Unang Atubaw,” as Lolong (Madrid) is on a mission to look for the missing crystallized tear of the first Atubaw.

Other titles to air on GMA Telebabad this year are: “Luv Is: Love At First Read,” “Lady Boxer,” “Love Before Sunrise,” and “Royal Blood.”

“Underage” is a 1980 Regal Films movie that catapulted Dina Bonnevie, Snooky Serna, and Maricel Soriano to stardom. In 2009, ABS-CBN also released an adaptation of the film with Melissa Ricks, Empress Schuck, and Lauren Young in the lead roles.

GMA-7 first announced in 2020 that it bought the rights of the film to do a modern TV adaptation. It serves as the opening salvo of GMA Afternoon Prime in 2023 with StarStruck 7 First Princess Lexi Gonzales, Prima Donnas kontrabida Elijah Alejo, and up-and-coming Kapuso actress Hailey Mendes in the lead roles. Certain elements were changed to make the story appealing for the afternoon audience, such as adding more melodramatic elements compared to the light drama theme of the original work.

Comedienne-turned-beauty queen Herlene “Hipon” Budol gets her first lead role in a drama series via “Magandang Dilag,” an afternoon drama about a woman who gets her revenge after being played by the man of her dreams. Benjamin Alves and Rob Gomez are her leading men while Adrian Alandy, Bianca Manalo, Maxine Medina, Chanda Romero, and Sandy Andolong are part of the cast.

The new afternoon drama will premiere on February 27, 2022.

The Seed of Love

“The Seed of Love” is Glaiza de Castro, Valerie Concepcion, and Mike Tan’s shelved project that was supposed to air in 2020. The show was able to tape its first two weeks but unfortunately, production had to be halted due to the COVID-19 pandemic. It was later shelved as kids are involved in the story. At the time, kids were not yet allowed to work at the height of the pandemic.

Now that children are allowed by DOLE to participate in tapings, GMA Network decided to push through with the project. Based on the short teaser, de Castro and Tan are a married couple who cannot conceive kids. Concepcion then seduces Tan and bears a child with him. The show directed by Ricky Davao will air on the first quarter of 2023.

“AraBella” tells the story of Roselle (Prats), a woman in search for her missing daughter Bella. Two ladies then show up to introduce themselves as her daughter: Ara and Bella.

Aside from dramas, GMA Network will also air Boy Abunda’s comeback show in the afternoon slot titled “Fast Talk With Boy Abunda.” There is no information yet about the project, but Abunda has been known for his “Fast Talk” segment in his show with ABS-CBN, “Tonight With Boy Abunda.”

Other titles to air on GMA Afternoon Prime are: “Stolen Life,” “Atty. Mataas,” “The Missing Husband,” and “Mechanical Heart.”

GMA Network also released titles of its upcoming shows for its weekend block.

Competitions such as “The Battle of the Judges” and the comeback of “The Clash” are also expected this year.

John Lloyd Cruz’s sitcom, “Happy ToGetHer,” is also set to return for its third season on Sunday, January 8, 2023.

GMA Network also continues its partnership with film outfits Star Cinema and VIVA Films to air some of its well-loved movies under its movie blocks like “Kapuso Movie Festival,” “GMA Blockbusters,” and its digital movie channel “I Heart Movies.”

Among the Star Cinema films to air on GMA are “Crazy Beautiful You,” “My Ex and Whys,” “Seven Sundays,” “The Amazing Praybeyt Benjamin,” “A Second Chance,” and “Feng Shui 2.” Meanwhile, VIVA Films that will be shown on GMA are “More Than Blue,” “Sa Haba ng Gabi,” and “Bekis On The Run,” among others.