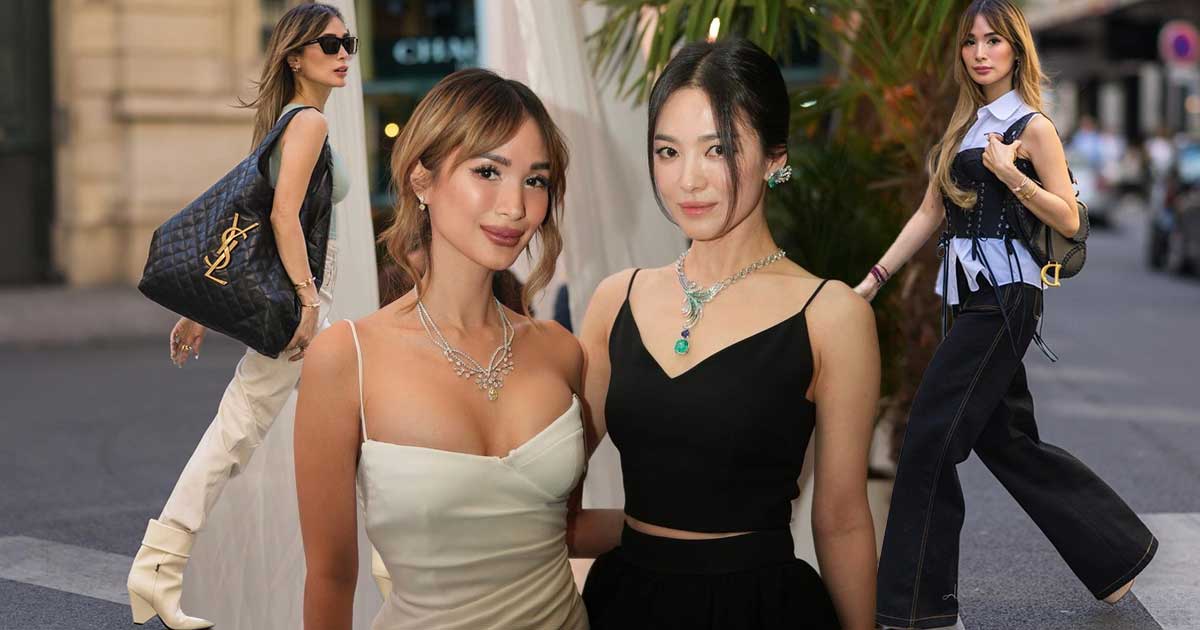 The jet-setting actress, entrepreneur, and fashionista has been busy!

The 37-year-old wife of Senator Chiz Escudero has had a storied showbiz career. She started as a teen actress and stayed in the industry into her 20s and 30s. Throughout her life, she’s always loved fashion, which has become evident as of late.

Recently, GMA held its very first “GMA Gala.” With the theme ‘Old Hollywood,’ their stars and staff dressed to the nines. Heart outdid everyone, of course. Her accessories and outfit were worth millions! Here’s the breakdown.

Her first dress was from Ashi Studio by Mohammed Ashi, a Saudi Arabian fashion designer. It’s a custom that holds many similarities to styles from the Fall 2021 collection’s Look 1. It’s the dress Hollywood’s Penelope Cruz wore in November 2021 for Vogue Arabia!

Her second dress had the same origins, except it was Look 16. It was less formal and more comfortable than the initial dress.

And of course, Heart also put thought into her shoes. The platform-sole sandals were from Giuseppe Zanotti, called “Tarifa.” It’s at $895 or PHP49,754.84.

Back in July, Heart had a front-row seat to many high-end designer shows for Paris Couture Week. Aka Paris Fashion Week, the who’s who of the global fashion scene goes there every year. During that time, she made waves in international media. So much so that WWD (Women’s Wear Daily) ranked her third for MIV (Media Impact Value)! According to the website’s release, Heart’s presence generated $1.4million in MIV.

Another noteworthy moment from Heart’s PFW 2022 trip was her encounter with Song Hye Kyo! The two played the same role in the drama series Full House. Song in the Korean original, and Heart in the Philippine adaptation. K-Drama fans in particular were abuzz with excitement!

Looking for more about Heart’s best life, especially Paris Couture Week? You’re in luck because she just dropped a vlog about it on her channel!