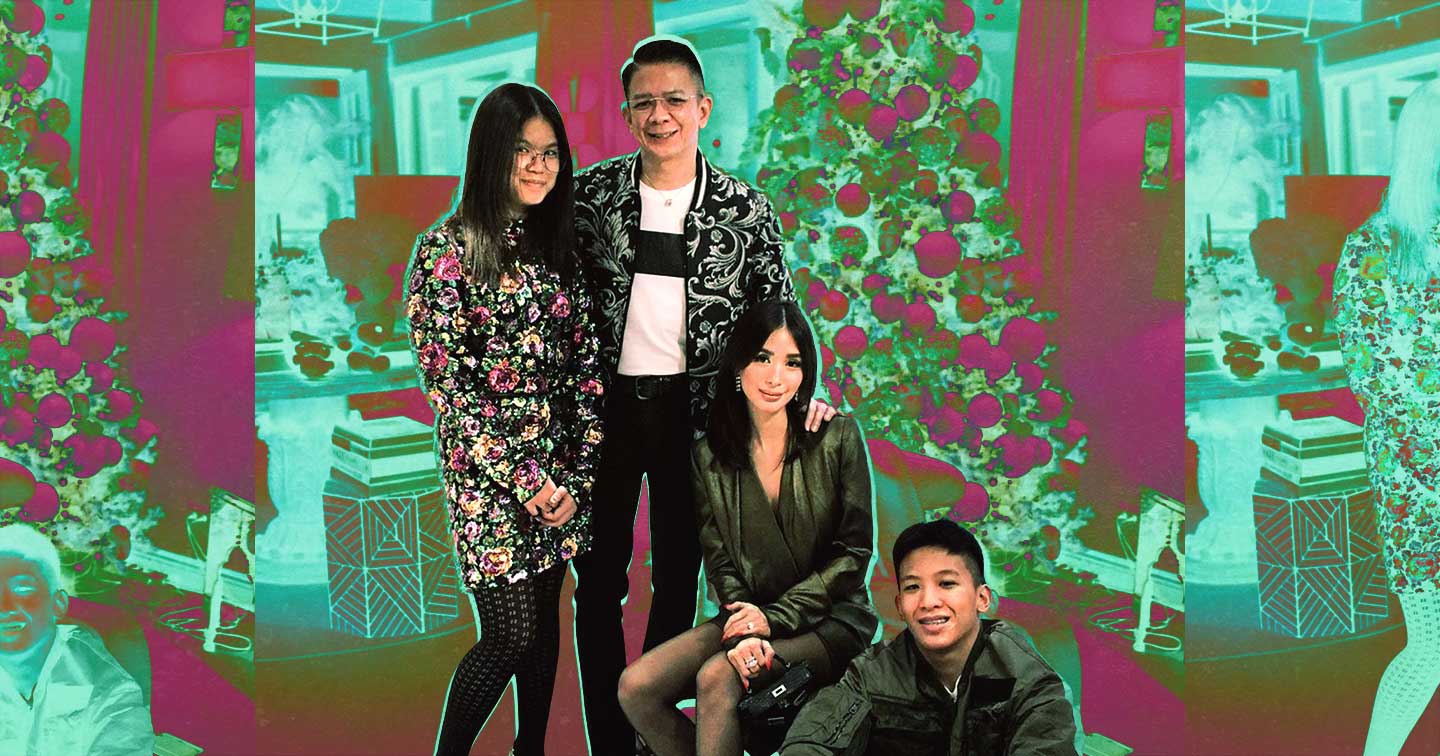 Is everything well between Heart Evangelista and Senator Chiz Escudero?

It seems like all is well between Heart Evangelista and her husband, Senator Chiz Escudero, as they welcome 2023 together amid the breakup rumors they have been facing since September 2022.

Evangelista posted on Instagram a carousel of photos from her New Year’s Eve celebration with Escudero together with his kids, Chelsea and Quino, on December 31, 2022. The Queen of Creative Collaborations also posted a photo with Escudero while holding hands. Evangelista’s caption on her Instagram post was: “Happy 2023.”

Evangelista did not celebrate Christmas with Escudero and the kids as she was in Paris. But as she was going home from her Paris vacation, she sent a public message to Escudero through an Instagram post, saying “See you soon, @chizescudero.”

While celebrating New Year seemed to have quashed the breakup rumor between Evangelista and Escudero, the couple has not spoken up or addressed any issue regarding their reported marital problem.

It has been four months since Evangelista and Escudero’s marital problem was initially reported. Netizens first speculated this when Evangelista removed “Escudero” on her Instagram name, which they first noticed in August 2022.

Prior to Evangelista’s Instagram name change, she and Escudero attended the Thanksgiving Gala of GMA Network on July 31, 2022. Evangelista is a contract star of GMA and managed by Sparkle, GMA’s talent management arm.

On Evangelista’s vlog published on September 2, 2022, she was honest that she is going through “personal struggles,” which intensified the rumor that something may be up on her relationship with Escudero.

In September 2022, an artcard from a tabloid surfaced on social media, saying that GMA Network will release an official statement regarding Escudero and Evangelista’s “hiwalayan.”

However, GMA Network denied this in a text message to PEP.ph, which was then followed by a post by the network’s official Instagram account, debunking the tabloid’s claim that it will release a statement about Evangelista and Escudero and calling it fake news.