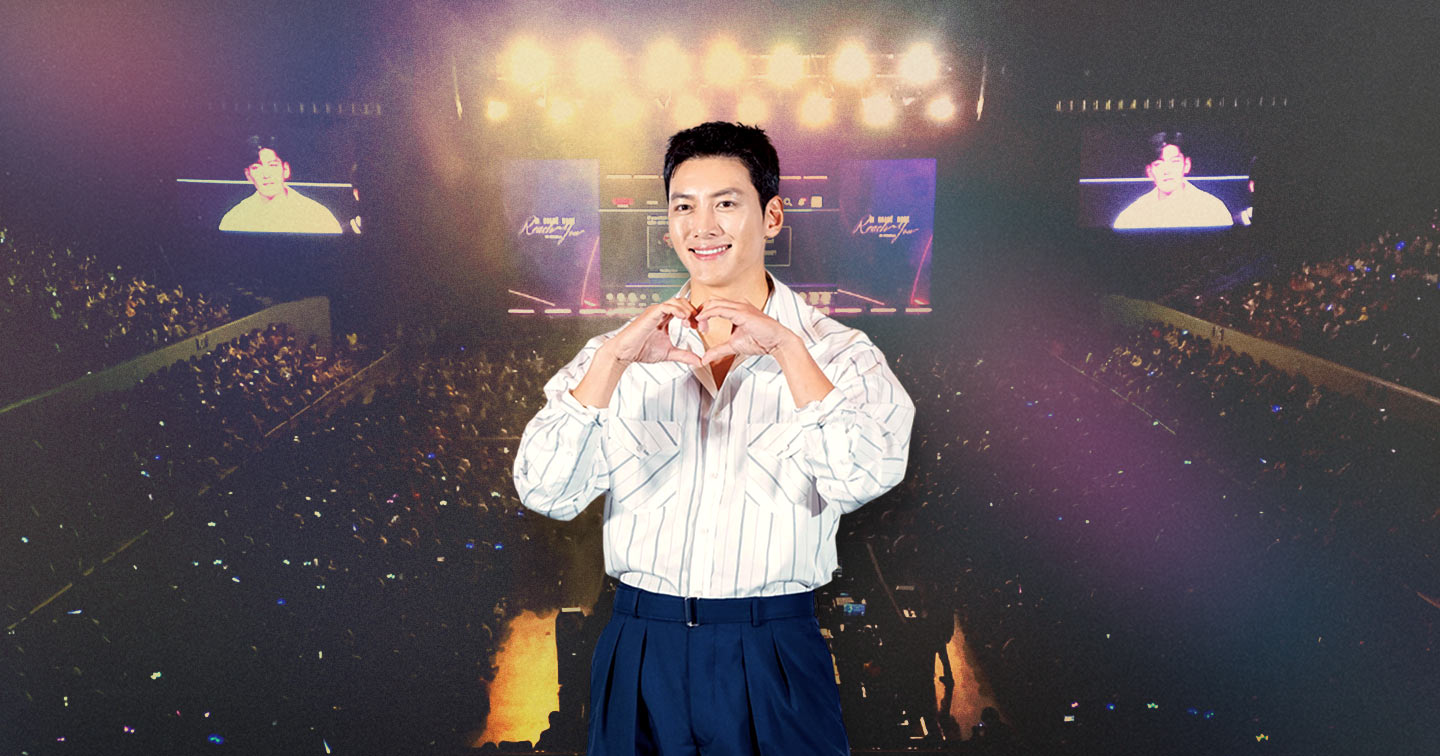 The South Korean star “reached out” to Filipinos over the weekend.

Filipino Hallyu lovers are having a blast this year. Aside from concerts held by K-pop stars in the Philippines, fan meets have also been arranged. The latest one is with the ultimate oppa, Ji Chang-wook.

The South Korean star flew to the Philippines over the weekend to meet his Filipino supporters for the first time. His fan meet was postponed due to the pandemic, but he’s making up for it by touring Asia. “Reach You,” the Philippine leg, presented by local brand Bench, was held at the MOA Arena last November 6. He’ll soon meet his fans in Indonesia and Japan.

Speaking through an interpreter, the Korean star told the press ahead of his Philippine fan meet that he felt “very happy that I was welcomed by a lot of fans when I arrived.”

He also dished on some things he loved about his first visit to the country. Here’s what we know.

He loves the weather

Although his home country is known for its four seasons, Chang-wook loved that it was cool when he arrived in Manila. He expected it to be sweltering. To be fair, he arrived on a cool day, and it was raining.

One thing Chang-wook wants to do in the country (aside from meeting fans) is visit places like Boracay.

“For tourist spots, I’d like to travel around the Boracay area. They say it’s a very famous tourist spot here in the Philippines. Also, I had a walk last night in the Greenbelt area. I had coffee and just took a walk in the city.”

“I visited one of the Bench stores, and I tried the halo-halo and sisig in their cafeteria and liked it so much.”

Ji Chang-wook is a true-blue Benchsetter

The local clothing brand was the first company that he worked with. He only had good things to say.

“Bench was very hospitable and accommodating. When I was working, they treated me like family. I could work in a very comfortable environment. I was able to work in a chill setting. As you can see in the video, I was very happy and satisfied with the results because it came out pretty nice,” said Chang-wook through an interpreter.

He loves his fans

He might be one of the biggest Korean actors of his age, but he hasn’t forgotten his fans from all over the world.

“I’m very thankful that although I’m only an actor who has an acting job in Korea, I still have fans all over the world. I’m grateful that I have fan bases in different countries. That’s also a drive for me to work harder as I want to try various activities or other events in different countries,” says Chang-wook.

During his actual “Reach You” fan meet in MOA Arena, he told his fans that he felt “fantastic” and that his Filipino fans are “so cute. You guys are so pretty. You guys are awesome.”

Ji Chang-wook is known for his roles in Empress Ki, Healer, The K2, Suspicious Partner, Lovestruck in the City, and The Sound of Magic, to name a few.