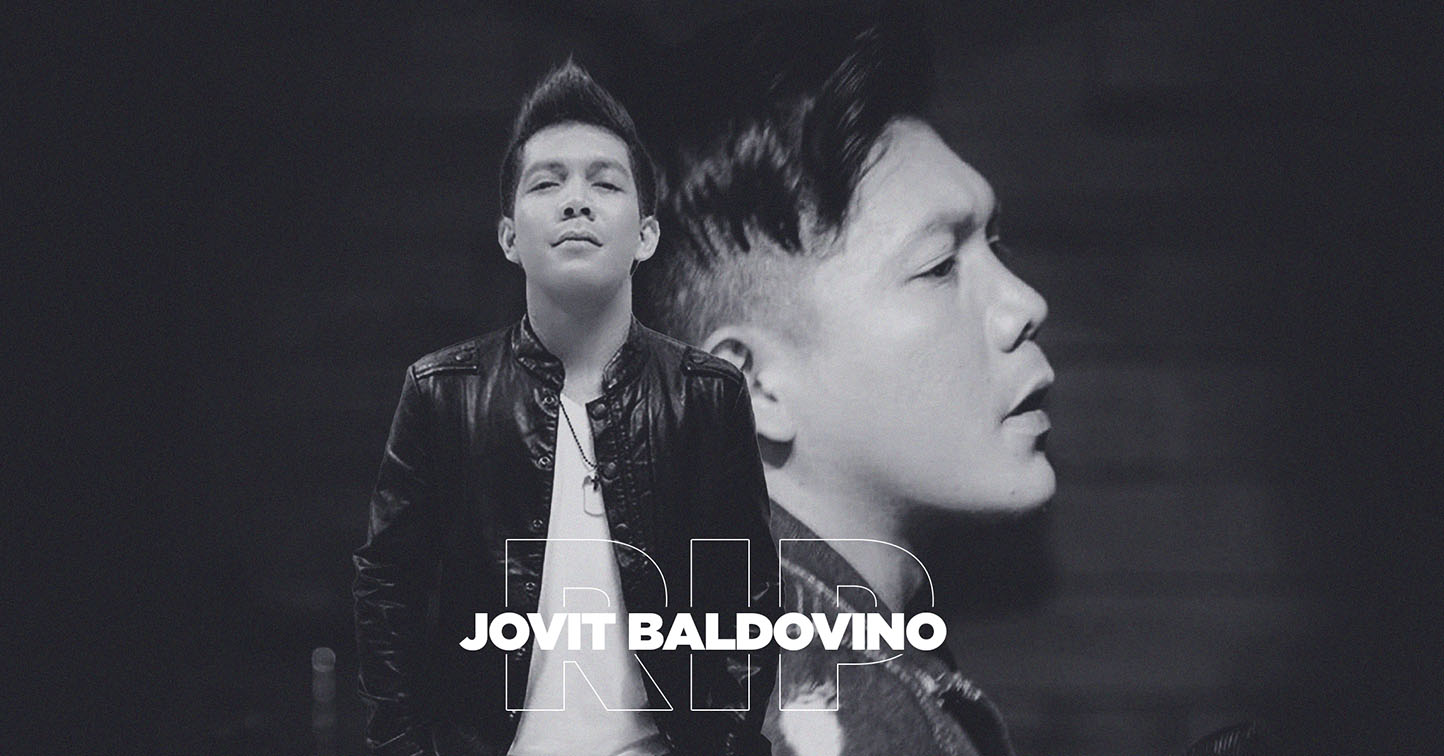 A lookback at the songs that shaped Jovit Baldivino

The Philippine music scene mourns the passing of singer Jovit Baldovino. He joined the creator on December 9 while in Batangas. The news was confirmed by his former Star Magic handler, Jerry Talan.

Baldivino died at age 29. He was comatose for five days after being confirmed with a brain blood clot, which was a sign of an aneurysm.

READ: How Concerned Citizens Are Encouraging Kids To Channel Their Emotions Into Hip-Hop Music

Baldovino was a success story. He was a former street food vendor who became a contestant on “Pilipinas Got Talent.” This paved an avenue for him to pursue his passion for singing, and likewise having a career in the entertainment industry. OF course, this helped his family with financial constraints, too.

Jovit was able to release four studio albums throughout his music career. Two of them reached triple platinum status.

Here’s a quick look back to some of the songs that shaped Jovit Baldivino’s career in music.

While it may be a cover from Rockstar, Jovit’s rendition of the song, “Ika’y Mahal Pa Rin,” suggests his utmost emotion. It also provides listeners his the capability of having a high vocal range.

Jovit did a rendition of the song originally composed and performed by Rene “Alon” Dela Rosa in 2013. The hit joined the soundtrack of ABS-CBN’s “Juan Dela Cruz,” which stars Coco Martin.

Too Much Love Will Kill You

Queen’s karaoke hit became Jovit’s winning piece. It was his final performance as a contestant for “Pilipinas Got Talent.” He had surpassed 11 other contenders. And because of the love he received from fans, he later emerge as the show’s winner.

How can someone forget the Jovit Baldivino rendition of Journey’s “Faithfully”? It was yet another cover that made the less fortunate man successful. Proving that hardships are just challenges and that believing in one’s talent can create ways to triumph.