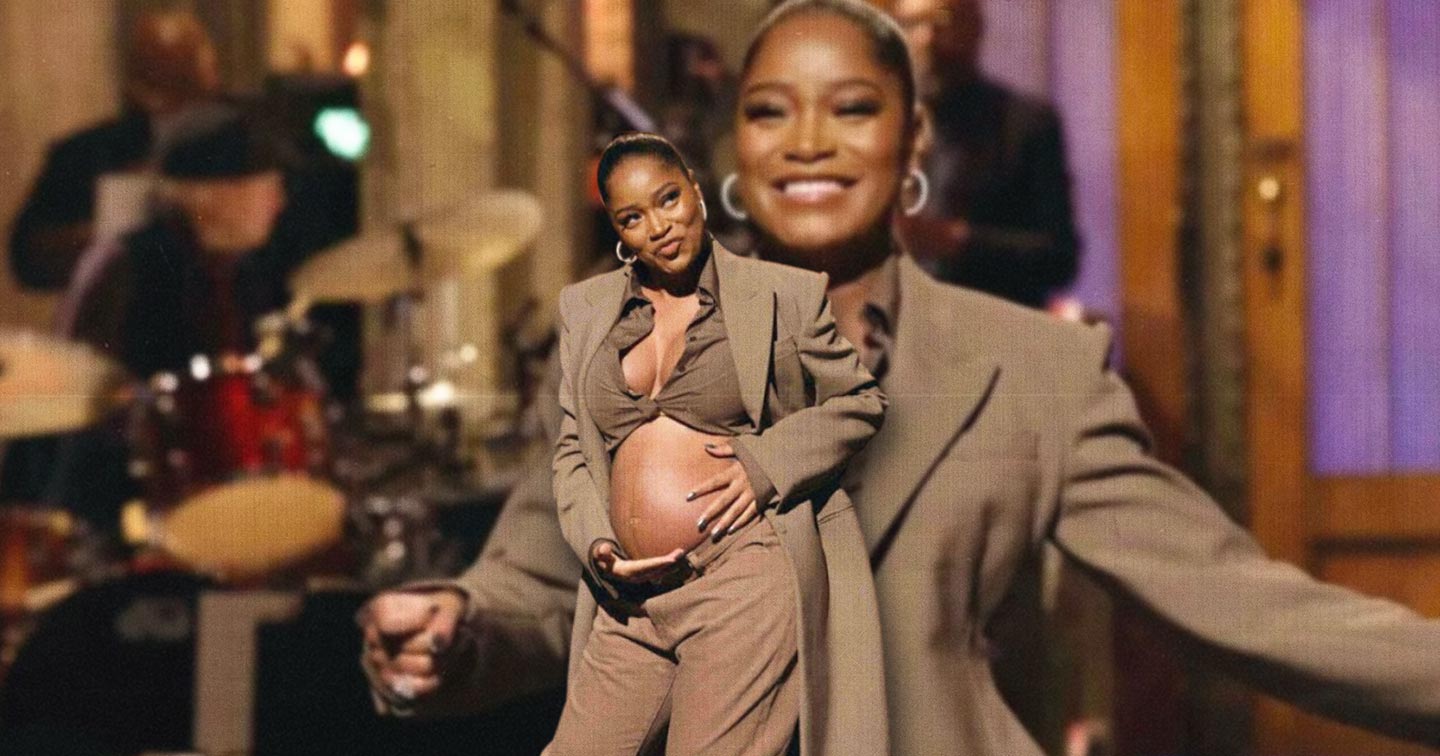 True Jackson’s all grown up!

Keke Palmer confirmed that she is expecting her first child while hosting Saturday Night Live.

This weekend, the actor hosted “Saturday Night Live” for the first time. She sported an all-brown ensemble with a long jacket, trousers, and a cropped shirt. And during monologue, the “Nope” actress unveiled her baby bulge for the first time.

“I’m especially happy to be here because there have been some rumors floating around. People have been claiming in my comments, ‘Keke’s pregnant, Keke’s having a baby,’ and I want to clear the air.” She then zipped her jacket down to reveal a naked belly with a visible protrusion, proudly saying, “I am!”

“I gotta say, though, it’s horrible when people on the internet spread rumors about you y’all, but it’s even worse when they’re true,” she continues. “I mean, I was trying so hard to keep it quiet because I’ve got a lot going on, you know? But, this has been the most incredible blessing, and I am overjoyed. I’m going to be a mother, guys.”

She adds: “Some people are a little weird about me having a baby since I was a child actor. I just want to say, look, I’m 29, I’m grown, I have sex, I own a home, I stormed the Capitol on January 6, you know?”

This is Palmer’s first pregnancy with her partner Darius Jackson. He remained reasonably private throughout their relationship.

She previously discussed being “Instagram official” with a series of photographs with Jackson. Palmer deleted the post after a while.

“We spend all this time together. He is my closest buddy, so it becomes a thing where I’m not going to hide something that makes me happy,” Keke Palmer explained.